I was 'up with the lark' this morning or to be more precise I was roused from my slumber at 5am by a flock of seagulls who seemed to be playing rugby on the roof of our building.

So I went out onto the balcony to remonstrate with these foul creatures who responded aggressively, as ever, by flying around and around the building in large numbers squawking and screeching nosily while crapping on everything in sight.

After a while they gave up and set off to menace another citizen, but not before I have machine-gunned them all out of existence in my own mind.

If you ask me, anyone who says these avian pests should be a protected species needs their head examined or perhaps their beauty sleep disturbed at 5 in the morning - then I think they'd be less keen on this 'all creatures great and small' malarkey. 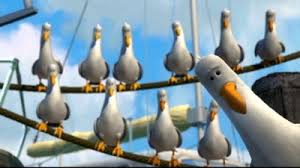 I may have to move to Dundee in the near future out of admiration for the local City Council which has decided to crack down on the dreaded seagull menace.

The Evening Times reports that that Scotland's fourth largest city has terminated almost 200 of these foul pests after trying everything else to control their numbers.

By way of explanation I was awakened this morning at 5am to the sound of a seagull 'screech-fight' right outside my bedroom window and could but dream of Glasgow adopting a similarly enlightened policy towards these foul pests.

Because seagulls, as their name suggests, belong at the bloody seaside - not in the heart of a modern city.

Seagulls are my least favourite creatures in the world- by a mile.

To my mind they are the vermin of the skies - and for the life of me I can't understand why they are a protected species.

Now my grievances against gulls are many, varied and deeply held - so let's get a few of their worst characteristics on the record.

Seagulls are highly aggressive, territorial birds that live in towns and cities these days - they  make their living by plundering people's rubbish - and by robbing their smaller avian cousins such as magpies.

Seagulls are not possesed of a lovely call or birdsong - instead they squawk and screech raucously - at all hours of the day and night - and without any regard to their neighbours or the noise pollution by-laws.

Worse still - if they have a chick - the ugly, fledgling bird follows its parents around for weeks on end - whistling incessantly as it begs for food.

In Glasgow these foul creatures spread rubbish everywhere littering the streets - crapping on everyone as the go - and seem to live on a diet of chips and half-eaten kebabs.

But they don't drink or smoke - as far as I can tell - so maybe that's the secret of their longevity and success.

As soon as I become Prime Minister - or even the leader of Glasgow City Council - I am going to campaign for a new law to rid us of these pests.

In a humane fashion of course - even though the demons inside me want to exact a terrible revenge.

What's needed is a policy and plan for removing their eggs - replacing them with false eggs - because the birds are too stupid to know any different.
And before you know it - a whole generation or two of gulls get wiped out - and peace and calm is restored to our city centres. ALMOST 200 seagulls, including 30 chicks, have been shot this year after a Scots city decided to take lethal measures over a plague of aggressive birds.

After trying everything from noise deterrents, plastic owls, anti-landing systems and netting, DundeeCity Council has taken to using deadly force in a bid to control the birds.

Attacks on locals and visitors to the town have been increasing, with the out of control gull population dive bombing their victims to steal food.

Gulls are protected under the Wildlife and Countryside Act 1981, which makes it illegal to kill, injure or remove any wild bird.

Shooting the animals is only ever considered as a last resort, where it has been demonstrated every non-lethal alternative has been exhausted.

People leaving food, either by dropping it or feeding birds, has led to gulls becoming familiar with humans to the point of identifying them as a food source.

Warmer weather in city environments has also induced the birds to reproduce in in larger numbers.

Last month 80-year-old Margaret Cruickshanks suffered a heart attack after being repeatedly dive-bombed by a seagull.

A spokesmann for Dundee City Council said: “We know gulls can often be a cause for considerable distress and annoyance and we continually pursue tried and tested as well as innovative solutions to the problems that arise from these birds.”

I enjoyed this article from The Conversation about the need to fight back against the dreaded urban menace of seagulls.

Given my plans to stand as an independent Equal Pay candidate in the May local elections to Glasgow City Council, maybe I should add another string to my bow by campaigning against the dreaded seagull menace as well. 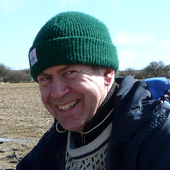 By Mike Jeffries - The Conversation When the chips are down. Shutterstock

The seaside and cities of Britain are under siege by wild and ferocious predators. Birds are wreaking havoc on innocent members of the public with indiscriminate attacks. Some fearful citizens have even reportedly taken to carrying firearms for protection – from gulls.

For the seagulls’ list of victims seems to grow all the time. Tourists daring to eat ice creams in daylight, fans of fish and chip take-aways, festival goers, school children, cyclists, tortoises, Chihuahuas, supermarket customers, are all seen as fair game from the skies.

So serious is the airborne threat that the Conservative MP for one south-west England constituency called for a parliamentary debate after a friend lost his fish and chips to gulls. Even the notoriously tough South Africa rugby team was accused of being unnerved as their British coastal training ground was dive-bombed during the 2015 World Cup. National newspapers have featured photos of the birds swallowing rats, pigeons, and in one case reported the violent eating of a starling, as “the poor starling chicks were forced to look on”.

In 2015 the then prime minister, David Cameron, called for a “big conversation” about the challenge and pledged a quarter of a million pounds to fight back, egged on by the then Liberal Democrat MP Don Foster. The gull has Britain rattled, and its enemies appear to crumble. Neither the £250,000 nor Foster survived that year’s general election.

The creatures supposedly terrorising towns and capturing the public imagination are two particular species, the herring gull, Larus argentatus, and its very close cousin the lesser black backed gull, Larus fuscus. Both are large, feisty, greedy generalists happy to pull a worm from a wet lawn or dive bomb a jittery tourist into dropping their lunch.

Both attract critics and supporters in equal measure. The birds are either seen as viscous free loaders who pose a genuine threat to children, or an entertaining part of the British seaside tradition. After all, what exactly do you expect to find beside the sea? But the gulls’ recent fortunes are complex, with both species widespread in northern Europe. In the 20th century their range of habitat expanded and overall populations rose, perhaps due to a decline in hunting and egg collecting, combined with their adoption of refuse tips as prime foraging sites.

At the same time they have retreated from their traditional coastal breeding haunts and have been making their homes in big cities since the 1940s. But despite appearing to be common, their overall numbers are not on the increase. In the UK in the late 1900s the population of lesser black backed gulls fell by 48% between 2000 and 2013. With most birds breeding in just four super-colonies which have all shown marked declines, the lesser black back is now officially an “amber listed” endangered species.

Inevitably, labelling the birds both as a psychotic murderer and an endangered species causes confusion. Both species are protected by a mix of UK and European law, although nuisance lesser black backs could, until recently, be controlled with a general licence under the UK’s Wildlife and Countryside Act. But this option was withdrawn as the gulls’ numbers fell and did not apply to herring gulls in the first place.

So what do we do about the sometimes ruffled relationship between gulls and humans? Research from a study in the Netherlands indicated that culling of urban populations may be largely ineffective, merely resulting in new birds migrating in to exploit new nesting and feeding opportunities. One response may be to “gull-proof” rubbish and waste bins, reducing the food available and so reducing the major incentive for the birds to share our urban living spaces.

The trouble is, you cannot gull-proof a tourist. The traditional British seaside sights of donkey rides, deck chairs and buckets and spades are now joined by the day tripper holding out a chip to lure in a beady-eyed gull next to a “Do not feed the gulls” sign as other tourists run for shelter. The gulls continue to dive bomb, terrify, and target the unwary.

Meanwhile, the pair of lesser black backs that last year bred on the roof outside my city centre office in northern England are back. As I write this, they are swooping, mewling, and fighting for dominance in the gusts and eddies of campus buildings. Both of their chicks apparently survived and are probably looking forward to their first high season of adolescent rampage at the nearby promenade, where the notorious local gulls have learned to use the automatic doors of fast food outlets.

My campaign against the menace of the dreaded seagull in Glasgow - is finally ready to go to a new level.

I have two specific ideas - the first of which is to write to the leader of Glasgow City Council - Gordon Matheson - an inner city councillor whose seat I believe takes in the Merchant City.

So I imagine Councillor Matheson will be very familar with the problems caused by these 'towngull' alien invaders - and only too keen to help.

I hope so anyway.

Also I want to test this theory about seagulls being terrified of birds of prey.

But as the chap said recently on the Hidden Glasgow web site - hawks and golden eagles and suchlike don't exactly grow on trees - along the M8 corridor anyway.

In which case what we need is a dummy 'raptor' of some kind - not a real one - just one that looks suitably threatening.

Because seagulls are none too smart and probably won't notice the difference anyway.

So I am looking to pick people's brains.

Where in Glasgow would you find a big evil-looking plastic eagle or hawk - which can be used to test how the dreaded seagulls react - to having a deadly bird of prey in their midst?

All suggestions will be gratefully received - excepts ones that involve giant ACME vacuum cleaners - see post below dated 12 August 2011.

I published an article from the Hidden Glasgow web site recently - which had some interesting, if somewhat restrained, things to say about the menace of urban seagulls.

But this article also had a number of readers' comments - which made me laugh my head off at the time - and help illustrate why Glasgow is such a funny, crazy place to live.

Even though the city has more than its fair share of seagulls.

Remember - the context of the 'discussion' is how to get rid of these killer birds.

purchase a bird of prey, seagulls are scared shitless by them.

Yeah, I'm popping out to ASDA this morning for a spare Eagle, a replacement Buzzard and a half a pound of Sparrowhawk.

I'm going to dress up as Wile E. Coyote and use a giant Acme vacuum cleaner to hoover them out of the sky.