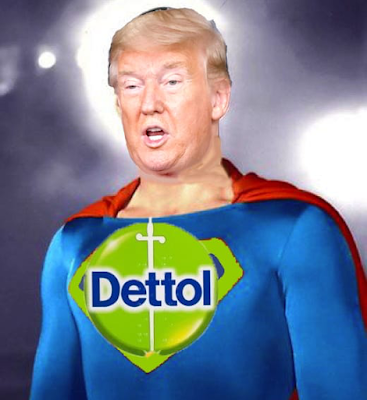 Donald Trump lies through his teeth all the time, but his claim to be taking hydroxychloroquine (a quack cure for Covid-19) flies in the face of an official letter from the White House doctor, Sean P. Conley.

Trump was an anti-vaxxer conspiracy theorist before entering politics so his latest erratic behaviour is part of a trend of deliberately undermining the advice of America's top medics and scientists and the FDA (Federal Drug Administration).

Trump does this regularly, of course, for example when it comes to wearing a face mask in confined public spaces to help prevent the spread of Covid-19. 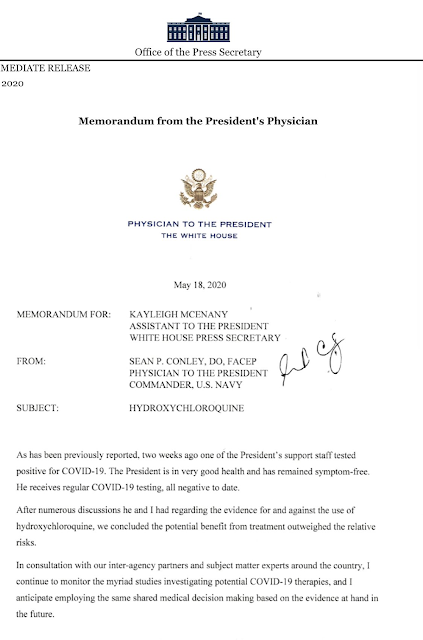 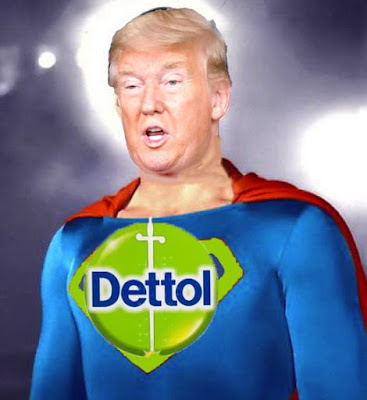 The US Government has rejected a bogus conspiracy theory promoting the idea that Covid-19 is a man-made or genetically modified virus which was developed in a Chinese laboratory.

Nonetheless Donald Trump continued to promote the nonsense being peddled on social by when he was asked the following question on Thursday at a White House event:

"Have you seen anything at this point that gives you a high degree of confidence that the Wuhan Institute of Virology was the origin of this virus?"

"Yes, I have. Yes, I have. "And I think the World Health Organization [WHO] should be ashamed of themselves because they're like the public relations agency for China."

As ever Trump failed to produce any evidence to back up his dumb claim which helps to explain why 11 per cent of Americans believe that Elvis Presley may still be alive.