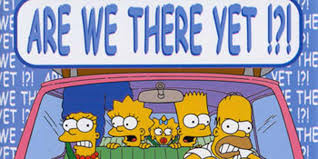 Malcolm Parris uses his column in The Times to defy the empty threat that people returning from a trip abroad will  automatically have to quarantine for another 14 days.

Sounds completely mad to me since the response to the Coronavirus epidemic in Scotland and rest of the UK has been no better than other parts of the world - and in many ways a whole lot worse.

When it comes to standing between Brits and their fortnight abroad, ministers have started a fight they cannot win 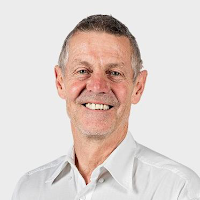 By Matthew Parris - The Times
If the government thinks Britons are not going to travel abroad this summer then it’s got another think coming. The whole idea of untargeted quarantining is a fiasco in the making: obvious even before the first person arriving at Heathrow is handed the first pamphlet instructing them to go and stay in one place and see nobody for 14 days, or else . . .

Or else what? Or else you’ll be a very, very naughty girl. Ministers must know this can’t be enforced. Cressida Dick, commissioner of the Metropolitan Police, says she sees no role for her officers in policing it. The moment overall numbers of arrivals begin to climb, the possibility of surveillance flies out of the window. That ministers were until recently mumbling about some loopy plan to exempt arrivals from France only goes to show how brains have fried at the very top. We can’t sleuth arrivals at our airports, ports and railway stations. Is there nobody in the cabinet with the guts and stature to say so? Nobody who understands that revisiting this plan with good grace now makes more sense than stubbornly spouting gibberish until it all ends up in an inglorious heap?

I say that as the joint-owner of a small holiday cottage in the Peak District. We have every commercial interest in holidaymakers being forced to stay in Britain. But it isn’t going to happen — or not without a politicians-versus-the-people scrap that ministers would be foolish to start. Boris Johnsonshould get himself down to the coast with a deckchair and, following King Canute, demonstrate to his courtiers that there exist forces that no ruler commands.

One of those courtiers is Priti Patel. I am now waiting for my llama, Vera, to be invited to join the government as home secretary. Her powers of abstract reasoning are modest but she can spot a dead-end before she canters into it. Can Priti Patel? Fourteen days’ quarantine for businesspeople arriving here but not for farm workers, fruit-pickers and maybe footballers and Formula One drivers? What’s the rationale here — is it that they all start with an f? As a boy I never much cared for Through the Looking-Glass because Alice’s adventures were all such nonsense that there was neither challenge nor relish in confronting the illogic. As a commentator during this government’s Covid-19 war my heart sinks for the same reasons. Why bother? Where would you start?

And in noticing this, I’m not alone, which brings me to Canute’s forces of nature. You can feel it. Most of the world, all of the European continent and even — rather late — the United Kingdom is coming out of this pandemic. We don’t really know why: the only vague pattern I can see is that the infections go up and then down, somewhat in disregard of the measures taken. Maybe, but I hope not, they’ll pick up again, but the overall drift looks to be downward.

Many European countries are critically dependent on tourism, and anxious to revive it. The Greek prime minister envisages a possible reopening to foreign tourists from July 1, with appropriate safeguards and perhaps testing before take-off rather than on arrival. The Italians are talking about June 3. Spain is still waiting but the country’s poorer southern regions are horribly reliant on the leisure industry; internal tourism is beginning to open up and I would expect a cautious reopening to foreign tourists by July. Thailand has already started a phased lifting of lockdown restrictions. Some nations, such as the Baltic states, have created “travel bubbles” within the group’s external borders. Airlines are talking about “air bridges” between countries that trust each other’s precautions.

For the next few weeks we in the United Kingdom may only be onlookers to this loosening up. Indeed one might wonder whether the hoo-ha about quarantine is confected to distract attention from the bigger and more humiliating question of whether British tourists will be singled out for bans abroad.

Already the thoughts of many of us are turning towards sun-seeking. Already crowds are flocking to the coast at home, regardless of warnings. A trickle will become a wave. Put it like this: if the rest of Europe is going on holiday in July and August and we British are stuck at home, watching on TV as foreigners sun themselves abroad, then God help the politicians trying to keep us at home.

“Screw that, we’re just going,” some of the rasher among us will say, and before long everyone will know someone who found a foreign beach and returned to tell the tale — at which point (if ministers try to stop us) things will spin out of control. Abroad will be beckoning us and we’ll be longing for Abroad; airlines not already bankrupted, led by EasyJet and Ryanair, will be falling over themselves to carry us; tour operators will be hungry for our custom and airports for our footfall.

Government, of course, can fight back. Foreign Office travel advice can void your travel insurance. There could be a hideous war between a dying airline industry and ministers who — on another front — are fighting to keep business alive. Wet towels could be wrapped around legislative draughtsmen’s heads and an attempt made to force travellers to define and prove their purposes in travelling overseas, like Labour’s doomed attempts in the 1960s to limit the amount of money that could be taken abroad to £50. The policy became an object of ridicule.

And if Patel remains in her job, then 14 days’ quarantine could await every sunseeker on return. But could such madness really win the day? At the time we abandoned it on March 13 there was a case for targeted control on entry by arrivals from risky areas, but it’s we who are the risky nation now. An untargeted quarantine will hamper efforts to concentrate on people who are the real risk, flying in the face of the whole reasoning behind track-and-trace. Why isn’t the government’s promised system good enough to identify people returning from Brazil or Russia? We seem to be ending up with a blanket policy for all arrivals just at the point when we move beyond a blanket policy for everyone still here.

True, the polling, which drives more about this government’s handling of lockdown than it ever likes to admit, at first suggested that voters were keen on locking down foreigners arriving at our airports. This is probably what caused Patel’s nostrils to twitch. A different perfume would assail her once voters realised it was us, returning from abroad, who were to be locked down. It won’t fly, Priti. And we will. Just you wait and see.
Posted by Mark Irvine at 01:30