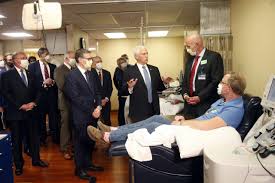 In my opinion, Donald Trump and his vice president Mike Pence are both a few egg sandwiches short of a picnic.

In this photo, shot during a visit to the Mayo Clinic in Minnesota, Pence is not wearing a face mask and when asked about it later Trump's VP said he was not aware such a policy was in place - despite the fact that everyone else in the picture (including the patient) had their faces covered. 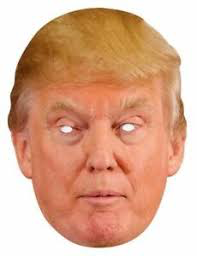 Donald Trump is a giant dumbass, as everyone knows, but that's still no excuse for him to be defying the advice about wearing a face mask from his own Government and medical advisers. 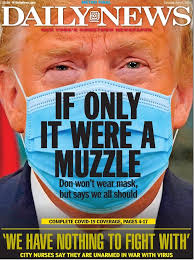 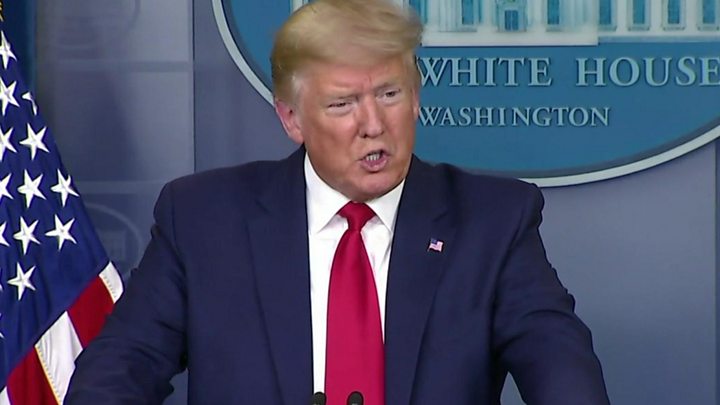 US President Donald Trump has said he will not wear a face mask despite new medical guidance advising Americans to do so.

He could not see himself greeting "presidents, prime ministers, dictators, kings, queens" in the Oval Office while wearing one, he said.

He stressed that the guidance released on Friday was "voluntary".

The guidelines issued by the Centers for Disease Control and Prevention, the government's public health advisory agency, came as the US reported more than 1,100 deaths in a single day - the highest total for a 24-hour period anywhere in the world.

The US has so far confirmed 278,458 cases of Covid-19 and more than 7,000 deaths, according to Johns Hopkins University.

New York state remains the worst affected area, with nearly 3,000 deaths, and state governor Andrew Cuomo has appealed for help from other parts of the country. 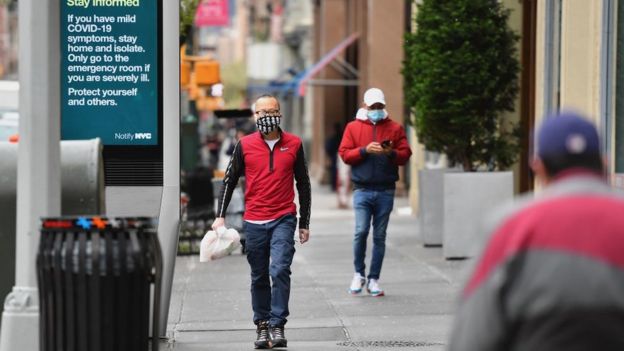 Until now, US health authorities had said that only the sick, or those caring for patients of coronavirus, should wear masks, but newer studies suggest that covering up one's face is important to prevent inadvertent transmission.

"From recent studies we know that the transmission from individuals without symptoms is playing a more significant role in the spread of the virus than previously understood," Mr Trump said on Friday.

However, he told reporters after announcing the CDC's new guidance: "I just don't want to do it myself."

"Sitting in the Oval Office... I somehow don't see it for myself."

Americans are now advised to use clean cloth or fabric to cover their faces whilst in public. Officials have stressed that medical masks remain in short supply, and should be left for healthcare workers.

The guidance comes as the number of cases globally climbs past one million.

Media caption - How Trump's attitude toward coronavirus has shifted


What else did the president say?

Mr Trump announced the CDC's guidance at the White House daily coronavirus briefing, but repeatedly emphasised that the advisory was "voluntary".

"You don't have to do it," he said. "I'm choosing not to do it, but some people may want to do it and that's OK. It may be good. Probably will."

Asked why, he said: "I just don't want to be doing [that], somehow sitting in the Oval Office behind that beautiful resolute desk, the great Resolute Desk."

"I think wearing a face mask as I greet presidents, prime ministers, dictators, kings, queens, I don't know somehow I don't see it for myself. I just don't. Maybe I'll change my mind."

The president was pressed on US disease readiness, the federal government stimulus package, and whether the pandemic will disrupt the 2020 presidential election on 3 November.

Mr Trump insisted that his government's response has saved lives, and that the election will not be delayed.

The president - without a mask

Why won't the president wear a mask?

That's what I wanted to know - especially after he had laid out new guidelines by the federal Centers for Disease Control and Prevention (CDC) officials during a briefing: people should wear cloth masks when they go outside. The CDC recommendations, a list that ranges from social distancing to hand-washing, help flatten the curve, according to members of the White House task force on coronavirus.

Yet the president said he would not put on a mask: he said it would not look right for him to wear one in the Oval Office.

I thought that sounded vain, and I pressed him on the matter, asking him to explain more fully why he would not wear a mask in the midst of a pandemic.

For him, the matter has been resolved. For many others, it has not been. They want to do everything they can to stop the disease and, unlike the president, they will put on masks.

What's the debate over masks?

Covid-19 is carried in airborne droplets from people coughing or sneezing, but there is some dispute over how far people should distance themselves from each other, and whether masks are useful when used by the public.

The World Health Organization (WHO) advises that ordinary face masks are only effective if combined with careful hand-washing and social distancing, and so far it does not recommend them generally for healthy people.

However, more and more health experts now say there are benefits. They argue that the public use of masks can primarily help by preventing asymptomatic patients - people who have been infected with Covid-19 but are not aware, and not displaying any symptoms - from unknowingly spreading the virus to others.


Masks may also help lower the risk of individuals catching the virus through the droplets from another person's sneeze or a cough - and people can be taught how put masks on and take them off correctly, they argue.

Speaking at Friday's briefing, Surgeon General Jerome Adams acknowledged that the US guidance had changed, based on growing awareness that Covid-19 can be transmitted by asymptomatic people "coughing, sneezing or speaking".

Local officials in New York City and Los Angeles had already urged residents to cover their faces when outside and near others.

And on Thursday, officials in Laredo, Texas, issued an emergency ordinance which means residents will face a $1,000 (£815) fine if they fail to cover their noses and mouths while outside.

However, there is also disagreement among experts over the benefits of using cloth masks. European advisers say reusable cloth masks are not recommended and may even increase the chance of infection.
Posted by Mark Irvine at 05:01