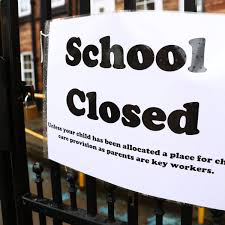 The challenge of getting Scotland's school students back into their classrooms is finally receiving more attention from the press and media.

One reading of the BBC article below is that an effective COVID-19 vaccine must be in place before schools are able to re-open because that is the only way to provide a cast-iron guarantee that schools are completely safe once again.

But that may never happen, of course, since a vaccine may be months or years away, if at all.

So the only sensible course is to have a contingency plan or plans in place to avoid the Coronavirus doing lasting damage to the education of a whole generation - my suggestion is to have a Plan A and Plan B, maybe even a mixture of the two.

Plan A
Re-start lessons with teachers attending school as normal to deliver virtual lessons in their usual subjects or year groups. The technical challenge for schools must be minimal and most children already have access to a social media tablet.

Plan B
Reorganise the school day going froward so that half the students attend each day - for two days one week and three days the next. Not ideal, of course, but one of the important things I learned at school is that 'half a loaf is better than none at all'.

I was speaking to a friend the other day, an essential worker, who has two young children (one school age the other not) and the only support she receives is a list of tasks, from school, to go through with her older child - while looking after the younger one as well.

In theory some schools have remained open to support the children of essential workers, but the 'take up' appears to be very low perhaps because to qualify for a place both adults in a two adult household have to be designated as key workers, in some council areas at least.

What would help is if local councils and the Scottish Government were to publicise examples of good practice in schools across Scotland.

Because at the moment there's a real dearth of information to assist hard-pressed parents keep abreast of what's going on, never mind ask parents what is best for their children. 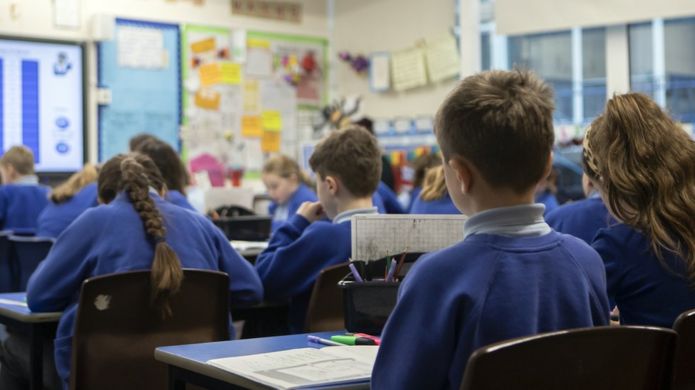 Schools should not reopen unless key measures are in place to stop the spread of coronavirus, unions have warned.

The Trades Union Congress (TUC) is urging ministers to work closely with unions to agree a way forward.

There was speculation schools may return in England from 1 June, but it was ruled out in Scotland and Wales.

England's Department for Education said it would follow scientific advice about the "right time" to reopen schools.

Schools across the UK closed in the last week of March as part of the lockdown measures to prevent the virus spreading.

Prime Minister Boris Johnson will give details on Sunday of his "roadmap" to get the UK out of that lockdown.

Wales' First Minister Mark Drakeford said Mr Johnson's plans for easing the measures in England would be "very much in line" with "modest" changes already outlined in Wales, Scotland and Northern Ireland.

Speaking to BBC Radio 4's Today programme, Mr Drakeford added: "We're not going to be reopening schools in Wales in the next three weeks, or indeed in June.

Unions, including the National Association of Headteachers (NAHT) and the National Education Union (NEU), have called for "clear, scientific published evidence" that schools are safe to re-open.


In a joint statement sent to UK Education Secretary Gavin Williamson, they said there should be no increase in pupil numbers until a national test, track and trace scheme has been fully rolled out.

The government's three-pronged coronavirus strategy is being rolled out in various stages, with the NHS contact-tracing smartphone app currently being trialled on the Isle of Wight before a UK-wide expansion.

They have called for extra resources for deep cleaning, personal protective equipment (PPE) and local powers to close schools if there is an outbreak of the virus in a particular area.

Some of the other "essential" measures unions said must be in place before pupils return, include:
Frances O'Grady, general secretary of the TUC which published the statement, said: "Parents and staff need full confidence that schools will be safe before any pupils return."

She urged No 10 to "work closely" with unions to "agree a plan that meets the tests we have set out", adding the best way to do this would be through a "national taskforce" between "government, unions and education stakeholders".

A spokeswoman for England's Department for Education said Mr Williamson has not set a date for schools reopening, and the department would ensure the education sector has "sufficient notice to plan and prepare" for schools, nurseries and colleges to return.

"Schools will remain closed, except for children of critical workers and vulnerable children, until the scientific advice indicates it is the right time to re-open and the five tests set out by government to beat this virus have been met," she added.

Health Secretary Matt Hancock, meanwhile, said pupils will only be allowed to return to school when it is safe to do so.

It follows a warning by the British Irish Group of Teacher Unions of the "very real risk of creating a spike in the transmission of the virus by a premature opening of schools".

Labour's shadow education secretary Rebecca Long-Bailey called on the government to "take heed of the tests set out today by trade unions and commit to not opening schools unless they have been met".

It comes as the public was urged to be "realistic" about the easing of lockdown measures, as a further 626 coronavirus deaths were confirmed on Friday, taking the UK total to 31,241.

Leading the No 10 news conference on Friday, Environment Secretary George Eustice said there would be "no dramatic overnight change" and the government would be "very, very cautious as we loosen the restrictions we have".

Mr Johnson has set a target of increasing testing capacity to 200,000 by the end of May.
Posted by Mark Irvine at 03:27