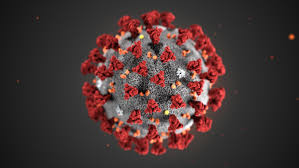 So the latest piece of 'spin' on Coronavirus lockdown is that a 14-day quarantine is to be introduced for air travel passengers arriving in the UK from the end of May onwards.

Now I don't know whether the UK government is behind this latest wizard idea or if the Scottish government supports the plan, but it's very interesting to note that a similar proposal in France was shot down recently less than 24 hours after it was leaked to media sources.

The same must be true of people travelling from Glasgow to Edinburgh by any means of transport you care to mention because cars, buses, trains and so on are not spreading the virus - people are.

So unless governments are prepared to shut down all internal movement, as the Chinese government claims to have done, there is no logic in a 14-day quarantine on air travel from neighbouring countries whose track record on Coronavirus is at least as good (or bad) as our own.


UK 'to bring in 14-day quarantine' for air passengers 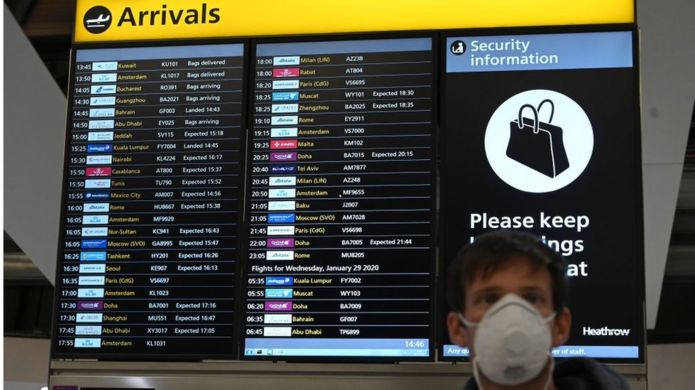 UK airlines say they have been told the government will bring in a 14-day quarantine for anyone arriving in the UK from any country apart from the Republic of Ireland in response to the coronavirus pandemic.

The new restriction is expected to take effect at the end of this month.

People arriving in the UK would have to self-isolate at a private residence.

Government and aviation sources told BBC News that the quarantine would mean people might be expected to provide an address when they arrive at the border.

It is not clear how long the new travel restriction would be in place and whether non-UK residents would be allowed to stay in rented private accommodation.

"We need to see the details of what they are proposing", said Airlines UK, which represents British Airways, EasyJet and other UK-based airlines, in a statement.
Aviation minister Kelly Tolhurst is expected to clarify the policy to airline and airport representatives in a conference call scheduled for Sunday morning.

UK airports suggested that a quarantine "would not only have a devastating impact on the UK aviation industry, but also on the wider economy".

Karen Dee from the Airport Operators Association, which represents most UK airports, said the measure should be applied "on a selective basis following the science" and "the economic impact on key sectors should be mitigated".

BBC News understands that key workers such as lorry drivers who transport goods and people working in the shipping industry would be exempt.

Last Sunday, Andrew Marr asked the transport secretary whether the UK would introduce a quarantine on people arriving in the UK.

Grant Shapps said he was "actively looking at these issues, right now, so that when we have infection rates within the country under control we're not importing".

He said it was important "that we do ensure that the sacrifices, in a sense, social distancing, that we're asking the British people to make are matched by anyone who comes to this country".

A Home Office spokesperson said: "We do not comment on leaks. The focus remains on staying at home to protect the NHS and save lives."

If a quarantine is needed now, some will question why it was not necessary weeks ago.

Tens of thousands of people have flown into the UK during the pandemic, although the government says the vast majority were returning home.