Here's another example of SNP ministers failing to stamp out baloney 'rules' which allow politicians to benefit from completely undeserved golden goodbyes when they leave office - even if they retire, find a new job or resign in disgrace

Significantly, while politicians of all parties may be 'at it' the SNP have been in power for the past 15 years during which time only the Scottish Government has had the power to end this nonsense. 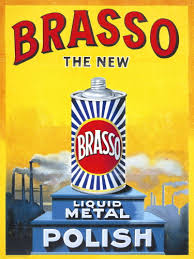 A reminder of the absurd, grotesque 'rules' which allow Scottish Ministers to voluntarily leave the government and Scottish Parliament for other well paid employment, yet still receive golden goodbye payments worth £75,000.

I have to say I was shocked at Aileen Campbell's golden goodbye because it’s morally bankrupt to accept a payment of £75,000 when the former SNP minister is walking straight into another well paid job.

The alleged purpose of the payment is to help the person ‘adjust’ to their new life outside of politics and, perhaps, a period of unemployment.

Yet in Aileen's case there is no significant adjustment involved, so it's money for old rope.

Some say 'these are the rules', but that's exactly what some said about the Westminster MPs' expenses scandal and the fact is that the SNP have presided over this nonsense for over 14 years.

What a strange way the SNP has of tackling inequality - by giving people in well paid jobs large sums of public money (£75,000) they don’t need and haven’t earned.

Is this what Nicola Sturgeon means when she talks about SNP values?