Does anyone out there happen to have a photo of Eddie McAvoy's 'bust' - i.e. the small statue of the former council leader's head and shoulders which adorns Rutherglen Town Hall.

To be fair Eddie eventually did the right thing by picking up the tab for this £4,500 vanity project, but not before the SNP had compared his bust to the days of Soviet Russia.

So heaven knows what Nicola Sturgeon & Co make of the SNP led West Dunbartonshire council spending £24,000 (plus VAT) for a painting to sit in Clydebank Town Hall while grappling with £5.5 million worth of cuts to its budget. 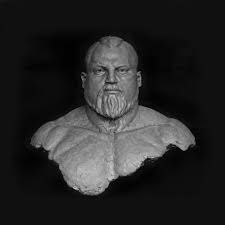 I managed to track down this article from The Herald which tells the hilarious story of Eddie McAvoy, the leader of South Lanarkshire Council, who wasted £4,500 of public money on a vanity project but ended up meeting the cost himself.

At the time the SNP described the commissioning of the bronze bust as "one of the most excessive exercises in political vanity since the days of Soviet Russia".

Perhaps some food for thought for citizens in SNP controlled West Dunbartonshire where the local council has blown £24,000 on a painting while facing cuts of £5.5 million to its budget. 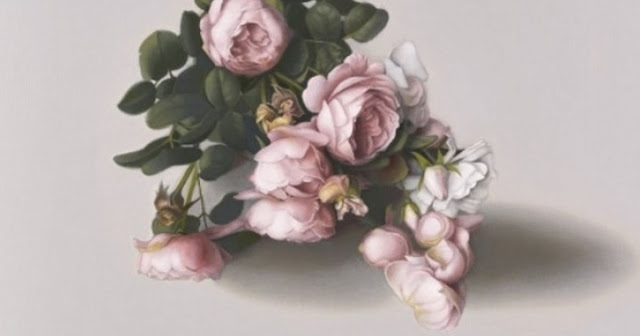 Council leader stumps up for his £4,500 bust
Chief pays to stop opening being overshadowed

A council leader who was criticised after a pounds-4450 bust of himself commissioned at taxpayers' expense was given pride of place in a refurbished town hall has paid for it himself.

Eddie McAvoy, leader of the dominant Labour group on South Lanarkshire Council, said he accepted the censure and intervened to stop the row overshadowing the achievement in restoring the A-listed Rutherglen Town Hall, with its landmark 110ft clock tower.

The bust was created by Kenny Mackay, the Scots sculptor who also made the Donald Dewar bronze that stands in Glasgow city centre.

The SNP described the commissioning of the bronze bust as "one of the most excessive exercises in political vanity since the days of Soviet Russia".

South Lanarkshire Council, which had earlier said that, while Mr McAvoy had been the driving force behind the revamp, he had not made any decisions over the artwork, yesterday announced that he had handed over a cheque to cover the cost of the bust.

Mr McAvoy, who has led the administration for eight years, said: "I don't want the situation that has arisen . . . to in any way deflect from the achievement of the council in saving Rutherglen Town Hall from the brink of destruction.

"I find it sad that, when we opened the pounds-12.5m restoration of one of Scotland's historic buildings, not one of those now attacking me - and by inference the restoration project - was to be heard from.

"The town hall and its part in the council's multi-million pound regeneration of Rutherglen is too important to be overshadowed by this, " added Mr McAvoy, whose brother, Tommy, is the burgh's MP and a Labour whip at Westminster.

"That is the last thing I would want to happen. That is why I have paid the £4,450 out of my own pocket.

"But let me say that I take pride in having played a part in helping to save the town hall.

And, yes, I'll accept criticism of myself - but not the nonsensical criticism that is being levelled at a council that is delivering on education, housing, social work, the regeneration of our towns and the other key services we are responsible for."

The refurbished town hall, paid for with the help of funding by the council, Historic Scotland, the Heritage Lottery Fund and Strathclyde European Partnership, opened three weeks ago.

Part of the original building, designed by Charles Wilson, one of the country's most prolific and eminent architects of the mid-nineteenth century, was demolished to make way for a glass and steel atrium with a cafe and bar. The grand hall, with its stained glass windows and barrel-vaulted ceiling, has been fully restored for functions.

Away from a district court and registrar's room, the upper floors house arts and crafts rooms, including a dark room, exhibition room and facilities for painting, while the Tower Room has been designed for meetings, seminars and smaller events.