Russia Is A Rogue State 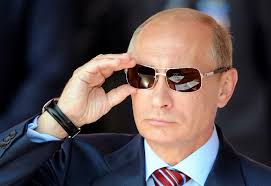 Russia has been a rogue state ever since Vladimir Putin came to power, but up until now the west has been prepared to turn a blind eye to his murderous behaviour at home and abroad. 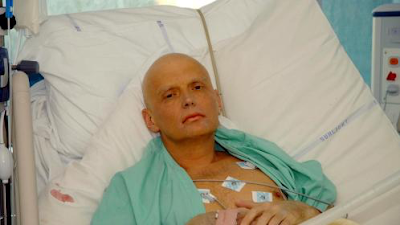 A few days later he was admitted into hospital suffering from poisoning, but not just any old poisoning because somehow he had ingested radioactive Polonium 210 which finally killed him 22 days later - with the poison being traced back to a teapot in the London hotel where he had shared a cup of tea with his fellow countrymen from Russia.

Suspicious, damning even, or what?

Because it's not everyone, of course, who has ready access to a highly volatile, dangerous radioactive isotope and the ability to administer such a deadly substance to an 'enemy' they intended to kill, without being anywhere near the scene of the crime when their deadly deed finally came to light.

So it's great news that Marina Litvinenko has been granted the public inquiry that her husband's terrible murder deserves, as explained in the following report from the BBC. 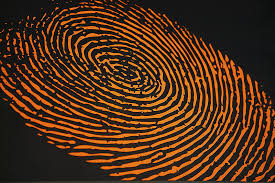 The Guardian reports on the killer evidence unveiled at the public inquiry into the vile murder of Russian exile Alexander Litvinenko.

The fact that traces of radioactive Polonium were found in the hotels rooms used by Andrei Lugovoi and Dimitry Kovtun and the airline seats on which the pair made their escape from London is incontrovertible evidence if you ask me, of their responsibility for this crime.

At the start of the inquiry the Russian President, Valdimir Putin, was described as a common criminal masquerading as a head of state and that now seems to be a very fair statement with the evidence about Lugovoi's and Kovtun's radioactive 'fingerprint'.

Because there is no way that this murder could have been committed without support from the highest levels of the Russian Government.

Two men accused of poisoning Russian were noticeable because of their jewellery and ‘comical’ dress sense, says London hotel manager
Alexander Litvinenko in hospital in London in 2006. Photograph: Natasja Weitsz/Getty Images
By Luke Harding - The Guardian

The two Russians who allegedly poisoned Alexander Litvinenko left a massive trail of radiation in “multiple locations” across London, and were immediately noticeable because of their ex “excessive” jewellery and “comical” dress sense, the inquiry into his murder has heard.

Andrei Lugovoi and Dmitry Kovtun flew from Moscow to London on 16 October 2006. They checked into the Best Western hotel on Shaftesbury Avenue, the inquiry heard. They are accused of trying to poison Litvinenko for the first time later that day – and of succeeding two weeks later when they slipped radioactive polonium into his tea.

Giving evidence, the hotel’s manager, Goran Krgo, said he spotted Lugovoi and Kovtun the moment they arrived. “I remember these guests quite vividly,” he told the inquiry on Wednesday. Asked to elaborate, he said: “We found them to be quite comical on account of how they were dressed and the excessive jewellery they were wearing.”

Krgo said he advised the two men to go to a nearby cafe since their rooms weren’t ready. They came back and checked in, reappearing in the lobby half an hour later, having swapped casual clothes for business gear.

“Kovtun was wearing a silver polyester suit and Lugovoi a dark grey check. They had colourful ties. We were laughing. The girl working behind the desk was amused and making comments.”

Krgo added: “The colours didn’t match. The suits were either too big or too small. They didn’t look like people used to wearing suits. They looked more like a donkey with a saddle.”

Det Insp Craig Mascall of the Metropolitan police said forensic experts later found large quantities of polonium in both Lugovoi and Kovtun’s hotel rooms. In Lugovoi’s room, 107, the highest reading came from the bathroom plughole, leading to the suspicion he may have thrown the polonium away. Polonium was also found in Kovtun’s room, 308, on a chair and coat-hanger.

Later that afternoon, the pair met Litvinenko in the fourth-floor boardroom of Erinys, an oil and gas exploration company, in Mayfair. Experts found “substantial contamination” here too, on chairs and a green fabric cover. On one corner of the table there was “full scale deflection” – an off-the-scale reading of alpha radiation.

The inquiry was told that there was no indication Litvinenko had been contaminated before his meeting with Lugovoi and Kovtun. The three men went for a meal at the Itsu sushi bar in Piccadilly, where polonium was also detected. Litvinenko threw up once that evening but survived this first botched assassination attempt, the inquiry heard.

More polonium was found in Pescatori, an Italian restaurant where Lugovoi and Kovtun ate that evening, clocking up a bill of £214.20. They had dinner with Alexander Shadrin, a Russian emigre.

They rounded off the night with a visit to Dar Marrakesh, a Moroccan restaurant. Polonium even turned up on the shisha pipe which Lugovoi smoked on its terrace.

Call records showed that hours after trying to murder Litvinenko Lugovoi called “female A”, a woman whom he had “met informally” during one of numerous trips in 2006 to London. “Female A” declined to see him, Mascall said.

The following morning, Lugovoi and Kovtun left their hotel a day early and checked into the Parkes Hotel in Knightsbridge. Polonium was found in their new rooms.

The inquiry also heard that the Russian authorities deliberately blocked an attempt by British experts to examine the two aircraft used by Lugovoi and Kovtun to fly to and from London on 16 and 18 October 2006. The pair flew with the Russian carrier Transaero. Russia’s public health minister, Gennady Onischenko, assured the British embassy in Moscow that no radiation contamination was found on either plane.

Experts, however, managed to test the second London-Moscow plane at Heathrow airport. They discovered polonium traces on the seats – 26E and 26F – where Kovtun and Luovoi had been sitting. The Russian authorities then cancelled a scheduled flight to London of the other plane. It has since never come back to UK airspace.

A photograph taken by UK border police was released to the inquiry, showing Lugovoi and Kovtun arriving at Gatwick airport on 16 October.

Giving evidence, Det Con Spencer Scott said he stopped both men at immigration control. He said: “I thought they were of interest.”

He questioned them for 20 minutes. “They were very evasive as to why they were going to the UK,” he said, adding they “gave one-word answers”.

Scott said he let them enter the country after confirming that their business meeting was genuine. “I was given advice I should allow them to go through,” he said.