The SNP's James Dornan shamed himself and his party the other day when he claimed the BBC's Sarah Smith was 'imagining' hateful abuse - he was followed on social media by a former SNP MP Phil Boswell who called the journalist a 'traitor'.
Step forward Scotland's first minister and SNP boss Nicola Sturgeon who said of this ugly abuse:
"Some of it comes from people who profess to be on my side of the political debate and I condemn that unreservedly.

"I have no truck with anybody and actually don’t consider myself to have much, if anything, in common with anybody who would hurl abuse at Sarah Smith or any other journalist.

Now this is fine as far as it goes, but sounds remarkably similar to Jeremy Corbyn's stock answer when urged to condemn anti-semitism in Labour ranks - Jezzza's trusted formula was to condemn all abuse and hate-speech instead of addressing specific, egregious examples.
And there's the rub - Nicola Sturgeon claims to have not much, if anything, in common with the 'knuckle draggers' - yet James Dornan and Phil Boswell are senior, influential figures in her own party.

So, yes, this kind of ugly misogynistic behaviour exists in all parties, but party leaders have a duty set an example and on this issue, just like Jeremy Corbyn, Nicola Sturgeon failed a key test of leadership. 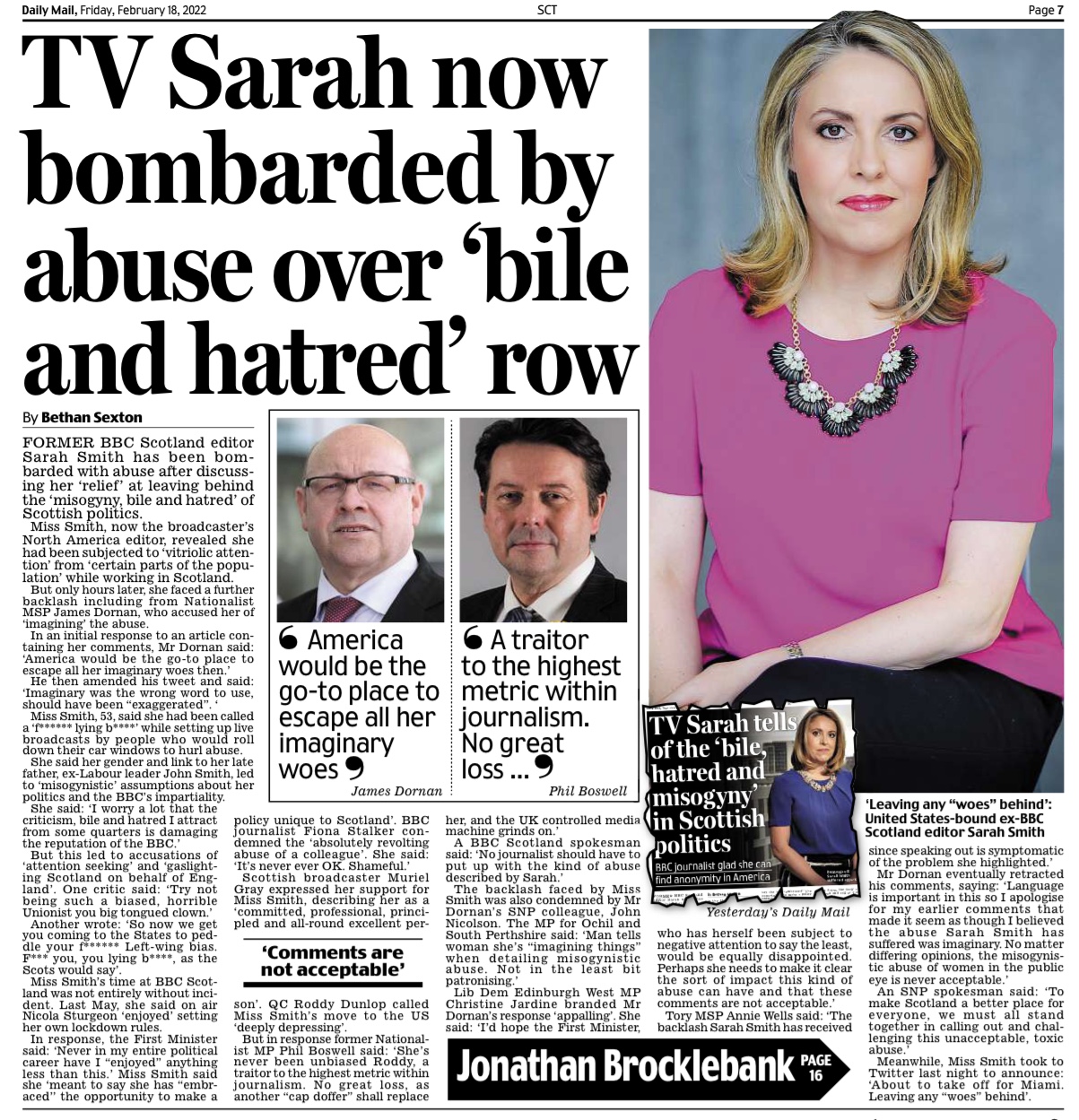