Who's Next - Williamina Wallace?

I wonder if William Wallace is among the historical figures who some folks (eg queer theory activists) like to claim were transgender?

If I remember the folklore tales correctly, Wallace once disguised himself as a woman to escape capture - though his pursuers must have been easily fooled because William or Williamina was supposedly 7 feet tall. 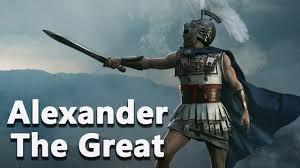 Transgender activists are desperately trying to rewrite history with bonkers claims about Viking hordes being 'trans' - along with famous historical figures such as Joan of Arc.

After writing my post about Attila the Hen a regular reader wondered if Alexander the Great might be next in line?

I do hope not.

I can hardly wait for some Glasgow trans activist to demand henceforth that Attila the Hun must become known as Attila the Hen!