The Daily Record reports that SNP led West Dunbartonshire is spending £24,000 on a painting while the council faces cuts of £5.5 million to its budget.

Reminds me of the loony decision of South Lanarkshire Council which commissioned a 'bust' of its council leader, Eddie McAvoy at the time, if I remember correctly.

But after a public outcry the council leader agreed to pay for the bust himself which seemed only fair.

Who knows, maybe the SNP in WDC will follow suit. 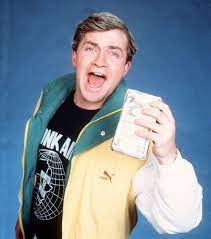 So how exactly does a small organisation like a social care partnership in West Dunbartonshire manage to build £6 million in reserves towards the end of a financial year?

Especially when other groups and sectors in Scotland have been so badly, financially speaking, during the Covid pandemic.

How much more public money has been squirrelled away like this across Scotland?

There seems to be lots of money sloshing around in various public coffers including £6 million in the reserves of a social care partnership in West Dunbartonshire.

So just how much money has been squirrelled away like this up and down the country - and why do the public not know or have a say in how it should be spent?