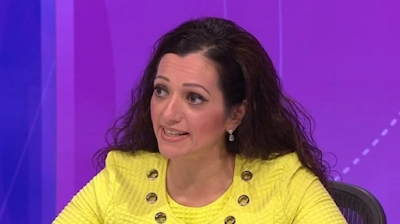 Tasmina Ahmed-Sheikh has been found guilty of professional misconduct by the Scottish Solicitors Discipline Tribunal (SSDT) the other day, after a lengthy hearing which considered her law firm's management of a client's trust fund.

Tasmina is Alex Salmond's business partner for his TV on Russia Today and her comments in the wake of the disciplinary hearing have a distinct whiff of spin and propaganda about them, if you ask me.

In particular, her reference to being forced to "endure smear and innuendo" for the past two years - from which you might deduce that Tasmina has been some kind of victim in this affair.

Now I sat as a non-solicitor member of the SSDT for several years and, in my view, this is baloney because the tribunal has to be satisfied that a respondent's conduct is sufficiently serious to amount to professional misconduct which is defined by the so-called Sharp Test as:

Yet without a trace of irony or any apparent understanding of the words 'serious and reprehensible' Ms Ahmed-Sheikh told the The Times newspaper:

“For my part I am more than satisfied that it is now accepted on all sides that there is no challenge to my personal integrity.”

If you ask me, Tasmina's comments about integrity and being 'pleased' with the tribunal result are really just spin which is perhaps not surprising coming from a former politician who now works at a Kremlin controlled TV channel.

By the way, as well as being fined £3,000 Ms Ahmed-Sheikh will also have to pick up her own legal costs along with the expenses of the Law Society and SSDT which will be considerable, for sure. 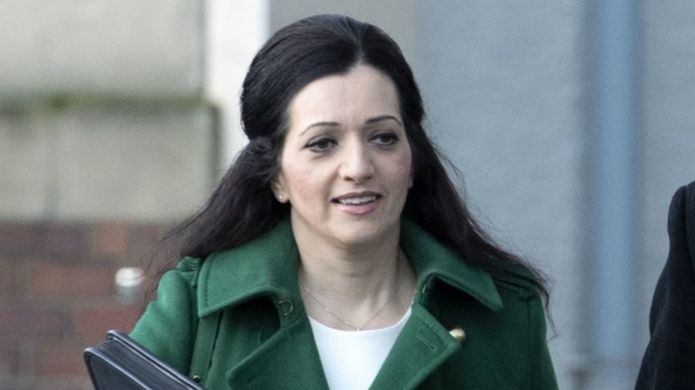 Former SNP MP Tasmina Ahmed-Sheikh has been fined £3,000 after being found guilty of professional misconduct by a tribunal.

The case centred on her handling of a trust fund at a law firm where she was previously a partner.

She was brought before a tribunal along with fellow solicitor Alan Mickel, with whom she ran Hamilton Burns.

The Scottish Solicitors' Discipline Tribunal said the pair had shown "disregard for the rules".

But it also accepted that the pair's actions had been "genuine but erroneous", and it was agreed there was no suggestion of dishonesty or personal benefit.

The tribunal said the pair failed to keep proper accounts of a trust that was set up in May 2012 on behalf of Mr Mickel's sister, which he believed to be a "private, family matter" but in legal terms was considered a client of the firm.

They also borrowed sums of money from the trust when it was not in the practice of lending money, which the tribunal said amounted to a conflict of interest and risked undermining public confidence in the legal profession.

Both Ms Ahmed-Sheikh and Mr Mickel were fined £3,000 after being found guilty of professional misconduct by the tribunal after a two-day hearing in Perth.

Ms Ahmed-Sheikh was a partner at Hamilton Burns, which is no longer in business, and held the title of cash room manager before her resignation in May 2015, when she was elected MP for Ochil and South Perthshire.

She lost the seat in the 2017 general election, and now produces and appears on the Alex Salmond Show on Russian broadcaster RT. 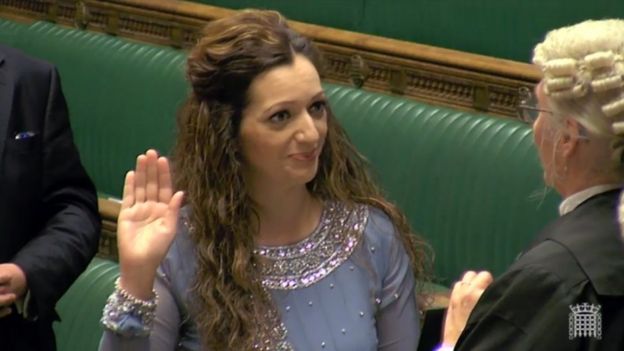 Speaking after the hearing, Ms Ahmed-Sheikh said she had been forced to "endure smear and innuendo" for the past two years.

And she said there had been a "series of leaks" during the election campaign of 2017 which had "suggested that I was being charged with financial impropriety and that funds had been taken from a vulnerable individual".

She added: "It has been accepted that there is no suggestion of financial impropriety or dishonesty, and indeed the Law Society accepts that not only has there been no financial loss to the trust but actually a gain, and in any case funding was guaranteed by security over property."

Ms Ahmed-Sheikh also said she was pleased that the tribunal decided to impose the lower penalty of censure rather than striking her off.

House of Commons speaker John Bercow provided a character reference for Ms Ahmed-Sheikh, which was read to the panel during the hearing.
'Diligent and trustworthy'

He described her as being "passionate, fearless and extremely articulate", adding: "It has been a pleasure to work with Tasmina. I have found her to be honest, diligent and trustworthy."

Dorothy Bain QC, acting for Ms Ahmed-Sheikh, described the former MP's career as a practising solicitor from 1996 to 2015 as "unblemished" and said she would like to continue her legal work.

Ms Bain said: "It has been accepted entirely by the Law Society that there is no suggestion at all of dishonesty or impropriety on her part."

The panel heard 50-year-old Mr Mickel hoped to relocate to England and become a barrister.

Since resigning from Hamilton Burns he has been carrying out consultation work for a firm in Guildford, Surrey, and working as a off-piste ski guide in France.

His lawyer William McCreath said publicity surrounding the case before the tribunal had been "very damaging" to Mr Mickel both personally and professionally, which had in part led to his marriage breaking down.
Posted by Mark Irvine at 01:12