How Do We Fix The Glasgow Midden? 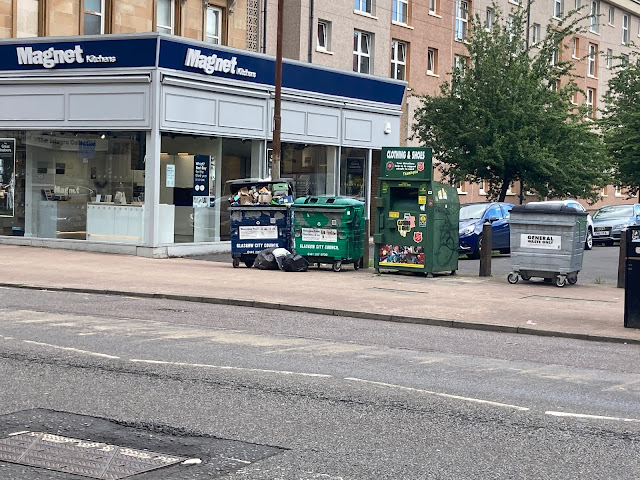 Q. What do overflowing bins encourage, Glasgow?
A. Glaswegians to dump their household rubbish on the pavement!
Glasgow's 'midden problem' needs an ambitious plan - part of which needs to include more bins, bigger bins and/or more frequently emptied bins.
The overflowing bin photo is from Great Western Road earlier today.

I enjoyed Mark Smith's opinion piece in The Herald which broadly agrees with my own solution to the Glasgow's 'midden problem' - more bins, bigger bins and/or more frequently emptied bins.
The council itself has also tacitly admitted there’s a problem by announcing that extra “deep clean teams” are going to be sent to certain parts of the city. Why would such a scheme be needed if the regular cleaning was good enough?

While the leader of Glasgow council (Cllr Susan Aitken) thinks the city just requires a 'wee spruce up' others believe the problems are much more serious and deep rooted. 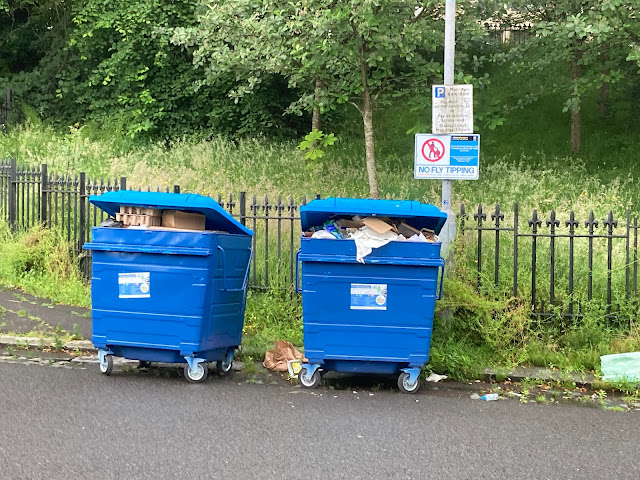 Any fool could tell you that overflowing rubbish bins just encourage the dumping of household rubbish.

I mean, what else are people expected to do?

When is Glasgow City Council going to wake up to the fact that some areas require more bins, bigger bins and/or more frequently emptied bins? 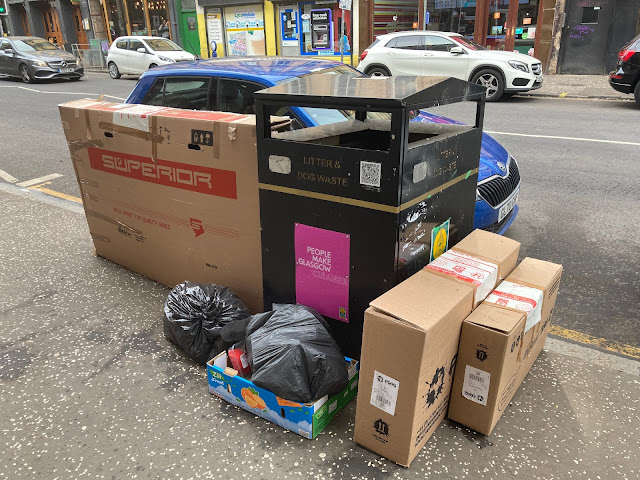 I get around Glasgow mainly on foot these days and at least part of the solution to the unkempt state of the city is - more bins, bigger bins and/or more frequently emptied bins.
As well as 'getting after' the fly-tippers, of course, though I have to admit in all these years I have never witnessed any fellow Glaswegian being fined for dropping litter or dumping rubbish.

To my mind the answer is staring Glasgow City Council in the face, but as yet they don't seem willing to listen. 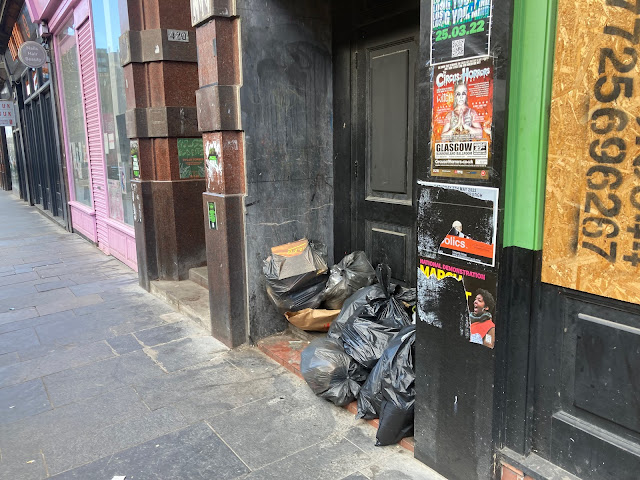 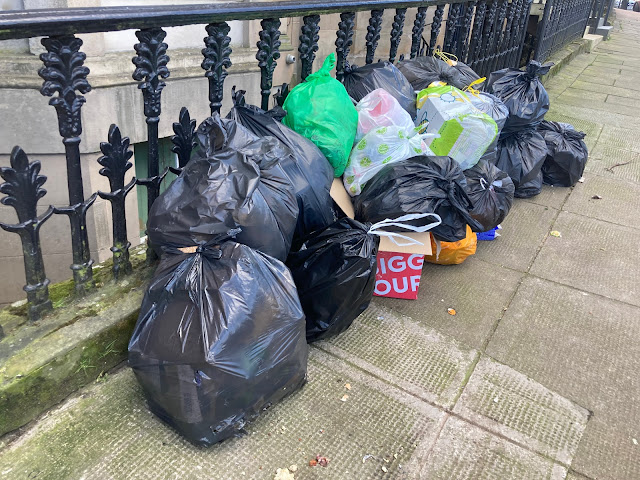