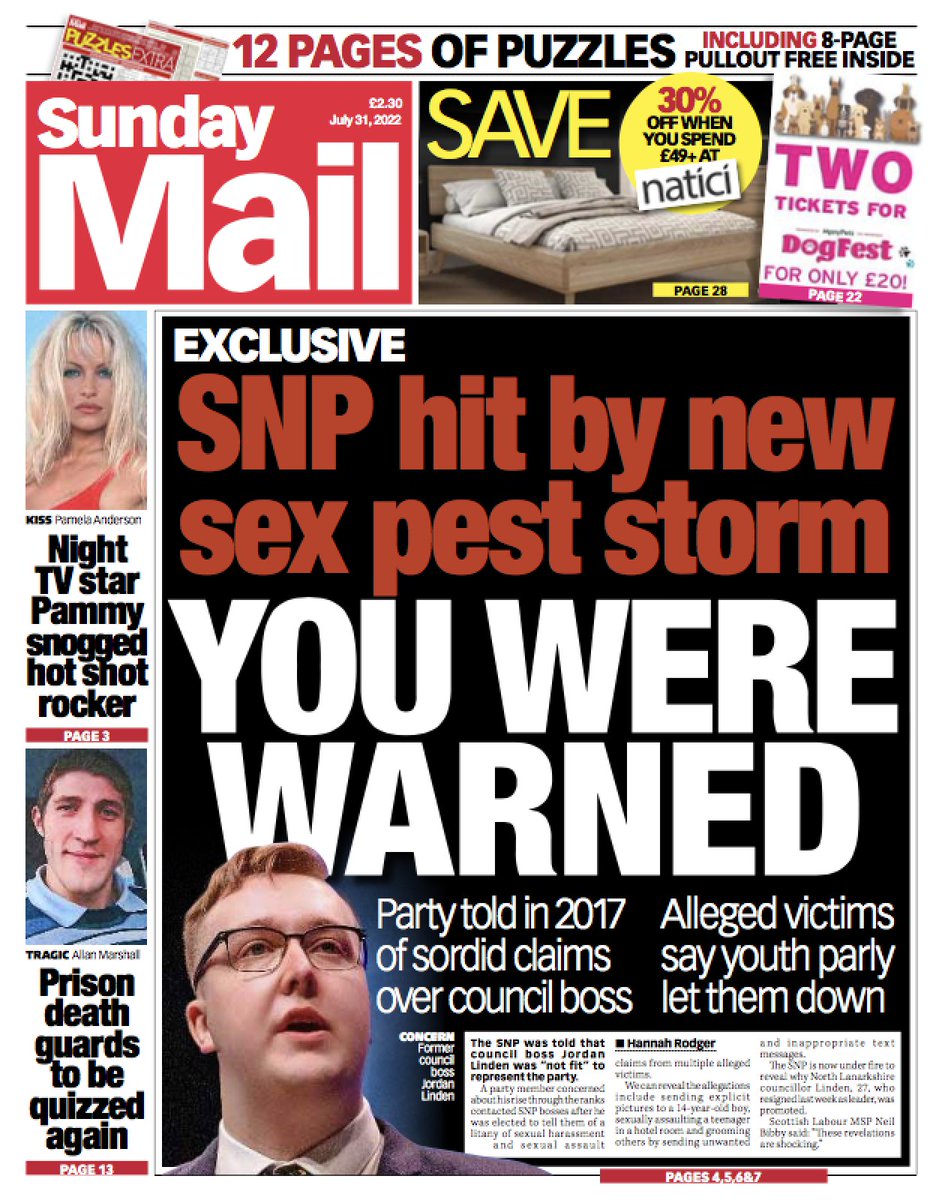 The Sunday Mail's latest revelations about the SNP's failure to act in response to serious sexual harassment allegations is truly shocking.

The newspaper reports that claims against a senior party official included:

Apparently a warning warning was emailed to SNP bosses in November 2017, but no action was taken to investigate the allegations properly.
What a strange way for a party of 'zero tolerance' to behave - read the full story via the link below to the Sunday Mail.