Here's another illustration that 'true believers' in all this queer theory malarkey are exceedingly rare.

Two trans women were set up on a blind date without being told their dates for the evening were actually men, ie biological males complete with penises.

Now according to queer theorists and gender ideologues this shouldn't matter, but it did of course and the evening ended in disaster with people not speaking to each other after being accused of, you guessed it, 'transphobia'.

Just as well Cilla Black never had these problems. 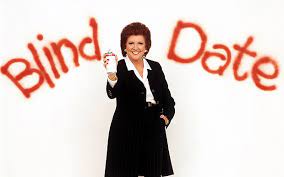