The Scottish Government's proposed 'reforms' on gender recognition will allow biological males to self-identify as women without any professional medical oversight.

Despite Scottish Ministers' claims to the contrary this is would clearly be a new 'right' which extends to many more people than the tiny numbers who currently change their sex (under the law) with medical support and by acquiring a gender recognition certificate. 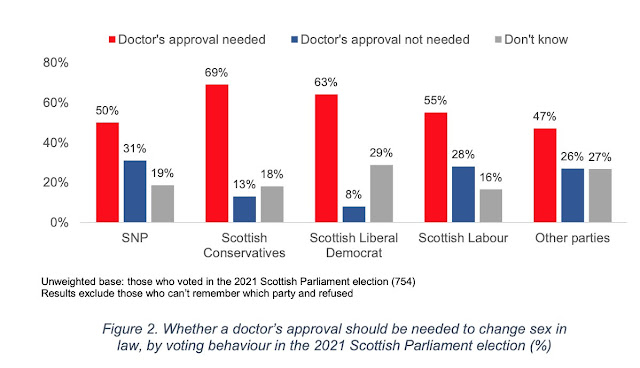