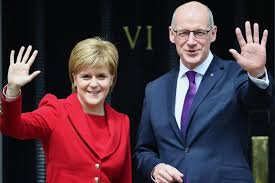 The Times explains how Scottish Ministers have played 'fast and loose' with Scotland's public finances and wasted hundreds of millions of pounds on two 'ghost ferries' which may never be brought into service. 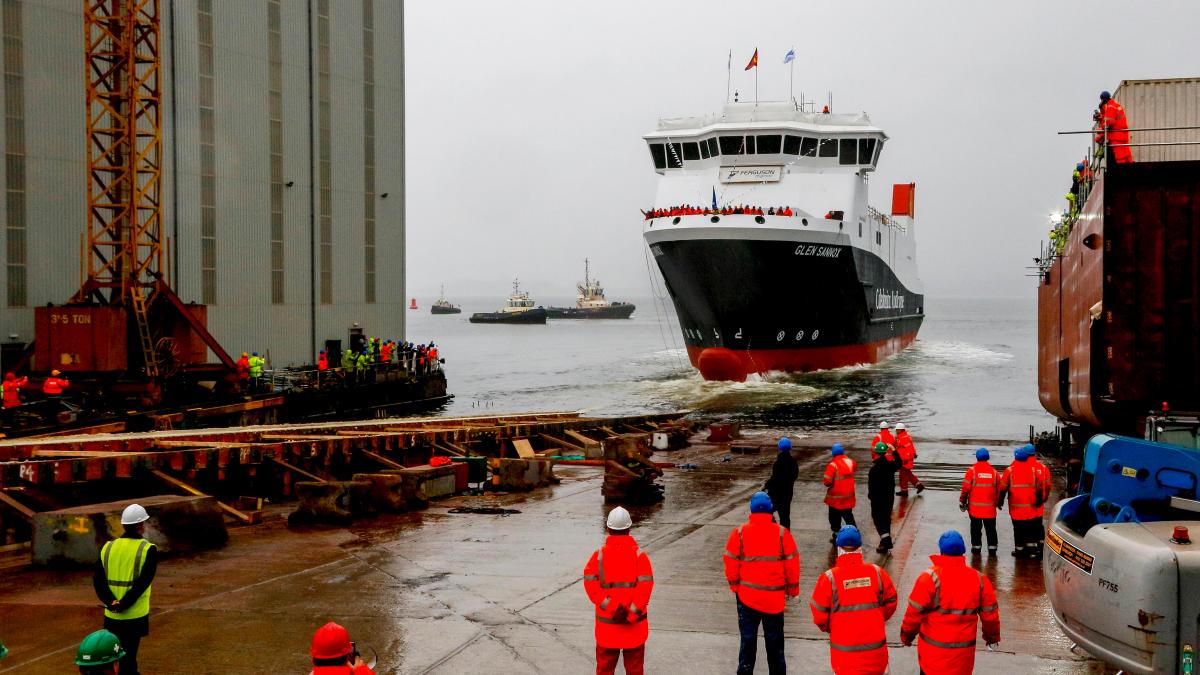 By Greig Cameron - The Times

Public sector bosses wanted to pull out of a disastrous ferry contract just a few weeks after the Ferguson shipyard was named as the preferred bidder.

A report published today by Audit Scotland, the public spending watchdog, paints a damning picture of the mistakes made by government and public bodies in the saga to build two vessels. It says that more than two years after the Scottish government took control of the yard there are still serious issues in getting the vessels ready to sail. Hull 801, also known as the MV Glen Sannox, and Hull 802, are almost four years late in being delivered, which has added to pressure on the creaking services to Scotland’s west coast islands. It is also estimated the vessels are now going to cost at least £240 million rather than the initial £97 million.

The report by Audit Scotland shows that Caledonian Maritime Assets Limited (CMAL), the agency responsible for ferry procurement, rated Ferguson as the highest quality of seven bids even though it was the most expensive at £100.5 million. Negotiations reduced the price and the yard was named preferred bidder in August 2015.

Leading article: A government that disregarded risk in the ferry deal can’t be trusted on independence

Shortly after that CMAL told Transport Scotland, the government agency, it wanted to rerun the procurement and withdraw the contract from Ferguson. It felt there was a significant risk to public finances as there was no builder’s refund guarantee that would typically allow the buyer to reclaim money if the vessels were delayed or undelivered.

Transport Scotland advised ministers of the situation but the government said it was comfortable with the level of risk. Ferguson eventually agreed a refund guarantee worth 25 per cent of the value of each vessel — the industry standard is 100 per cent. Audit Scotland said: “It is not clear what discussions took place between Scottish ministers and Transport Scotland about the contract award. There is no documented evidence to confirm why Scottish ministers were willing to accept the risks of awarding the contract to [Ferguson], despite CMAL’s concerns. We consider that there should have been a proper record of this important decision.”

The collapse of the shipyard, which was then owned by Jim McColl, has been the subject of a Holyrood inquiry which found fault on all sides and called for an overhaul of the procurement system. A dispute between CMAL and Ferguson resulted in spiralling costs and delays with the yard going into administration in August 2019. It was brought under public control at the end of that year.

The Audit Scotland report said CMAL had identified problems with the project from the outset and Ferguson had consistently missed targets. The watchdog highlighted concerns that the contract had no link to quality standards and governance was described as weak. Efforts by Holyrood to help ease the cash problems at Ferguson by providing £45 million of loans “had little impact on the progress of the vessels”.

When Ferguson went into administration the business had received £83.25 million from the contract as well as the government loans “but the vessels were largely incomplete”Since the Port Glasgow yard was taken into public ownership extensive remedial work has been carried out on the vessels. Hull 802 is scheduled to be delivered between April and June this year but that is thought unlikely. David Tydeman, who took over as the chief executive of Ferguson last month, is expected to give an update on cost and timescales by the end of this month. Stephen Boyle, the auditor general, for Scotland, said: “The failure to deliver these two ferries, on time and on budget, exposes a multitude of failings.

“A lack of transparent decision making, a lack of project oversight, and no clear understanding of what significant sums of public money have achieved. And crucially, communities still don’t have the lifeline ferries they were promised years ago. The focus now must be on overcoming significant challenges at the shipyard and completing the vessels as quickly as possible. Thoughts must then turn to learning lessons to prevent a repeat of problems on future new vessel projects and other public sector infrastructure projects.”

Kate Forbes, the economy secretary, defended the government’s decision to save the yard and its approval of the contract for Ferguson. She said: “The procurement process for vessels 801 and 802 was undertaken thoroughly, in good faith and following appropriate due diligence, and suggestions to the contrary are wrong.” She added that “we will continue to work closely with the yard to ensure the vessels enter service as soon as possible.”

At the helm and steering into disaster: Ministerial profiles 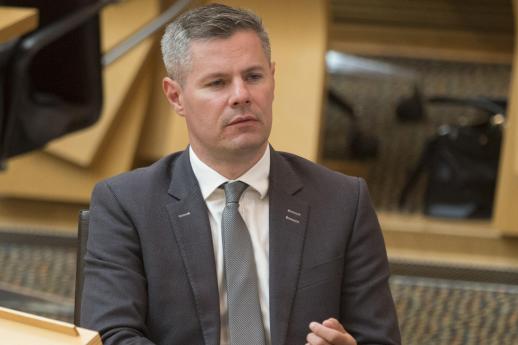 Derek Mackay, minister for transport and the islands, November 2014 to May 2016

What happened on his watch: In August 2015 Ferguson is selected as the preferred bidder. The following month Caledonian Maritime Assets Ltd (CMAL), which procures ferries, states it wants to re-start the procurement process because of significant risks as Ferguson has not provided a refund guarantee. Scottish ministers are made aware of that but give their approval to the contract going to Ferguson and it is formally awarded in October. In December 2015 CMAL provides the first warnings to the project steering group Ferguson has failed to meet project deadlines.

Where is he now: The then finance secretary resigned in disgrace in February 2020 after it emerged he had been messaging a teenage boy on social media. He did not stand at last year’s Holyrood elections and is believed to have started a consultancy firm. 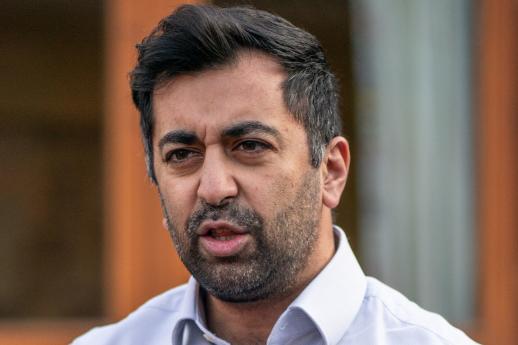 Humza Yousaf, minister for transport and the islands, May 2016 to June 2018

What happened on his watch: In February 2017 Transport Scotland officially informs ministers of delays to the contract. Ministers approve plans to accelerate the release of £14.5 million of milestone payments to Ferguson to help the shipyard’s cashflow during May. Then in July Ferguson submits a claim for £17.5 million of additional payments which is dispute by CMAL. During September the Scottish government approves a £15 million loan to Ferguson

Mediation between CMAL and Ferguson to resolve the disputes over the contract is abandoned in February 2018. Scottish ministers are updated on the problems in May of that year before approving a further £30 million loan to Ferguson in June. Updated timelines to deliver 801 in June 2019 and 802 in March 2020 are agreed. 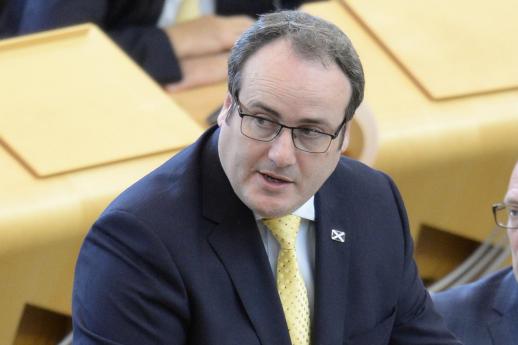 Paul Wheelhouse, minister for energy, connectivity and the islands, June 2018 to May 2021

What happened on his watch: In July 2018 an independent expert, Commodore Luke Van Beek, is appointed to provide assurance Ferguson is making progress on the vessels. A new claim for £65.8 million is submitted by Ferguson to CMAL in December of that year.

Ferguson tells Scottish ministers it will make significant redundancies in April 2019. The following month CMAL tells ministers it wants to cancel the contract for 801 because of the late delivery. In August Ferguson enters administration and the Scottish government appoints Tim Hair as a turnaround director to try to stabilise the yard. The Scottish government brings the yard into public ownership in December while Hair suggests 801 can be completed by the end of 2021 and 802 in the second half of 2022. The cost to do so is estimated at between £110 million and £114 million.

Where is he now: Wheelhouse lost his seat in last year’s Holyrood elections and now works at South of Scotland Enterprise, the state backed development agency. 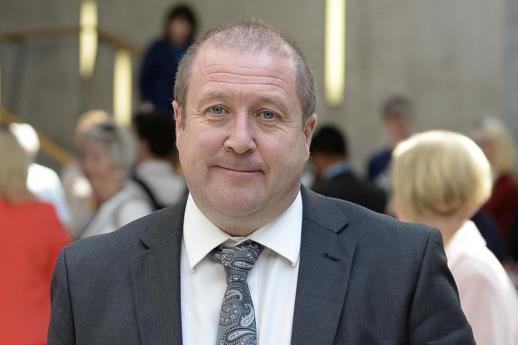 What happened on his watch: Labour shortages and further Covid-19 disruption is blamed on another delay to delivery which is announced in June 2021. 801 is now pencilled in for July to September 2022 while 802 moves to the April to July part of 2023

Where is he now: Dey resigned abruptly in January of this year citing personal reasons relating to his health and wellbeing. Dey remains an MSP. 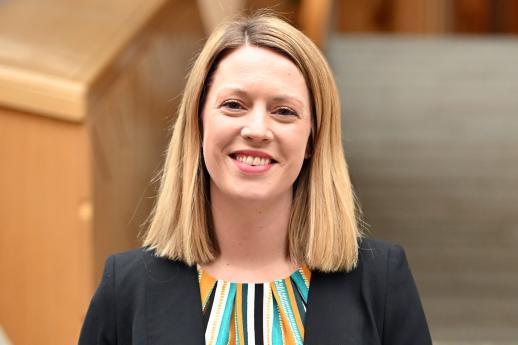 What happened on her watch: It emerged last month hundreds of cables installed on Glen Sannox would have to be ripped out and replaced as they were too short to reach the connections they were meant for. Tim Hair has left his post as turnaround director and David Tydeman, the new Ferguson chief executive, is expected to give an update on the delivery of the vessels before the end of this month. A further government commissioned report compiled by EY, the accountancy firm and consultancy, has yet to be published but is expected to recommend reform of ferry procurement.