Glasgow City Council's approach to resolving its long-running equal pay dispute is not up to the task.

It's like trying to drain a giant swimming pool with a tiny teaspoon - it'll take forever which is why people are going on strike.

The answer is a further interim settlement covering the period from April 2018 to April 2022 - for all outstanding claims and claimants. 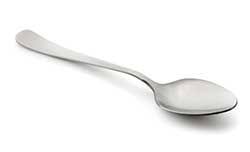 Glasgow City Council has had 5 years to resolve this long-running dispute, but the latest 'offer' from the Council does not address the ongoing pay discrimination from 2018 which affects all the equal pay claimants.

The Council's current approach is like trying to empty a swimming pool with a teaspoon!

By now many of you will be aware that strike action is planned by groups of staff with equal pay claims on 29 and 30 March and 20 and 21 April.

I urge the staff involved in this strike action to think again about the consequences of their decision given that the council has already stated its intention to make offers on the majority of new claims on the basis of the 2019 deal.

Vital council services that look after our most vulnerable citizens and support the education of our young people will be affected by this strike.

To update you further on this commitment, on 10 March the City Administration Committee approved recommendations in a report on equal pay to:

You can read the full report here.

I can assure you that senior council officers are ready to proceed with negotiations with claimant representatives in relation to the new claims, as soon as is possible, to resolve this matter.

I also want to remind you that as previously stated, we have always been committed to considering options to deal with what is often referred to as 'the gap period' - the time between 2018 and the eventual implementation of a new pay and grading scheme. We are currently working through options to finding a solution.

I hope that when you read this, you now understand that the council is committed to resolving the issue of equal pay and dealing with equal pay claims, making sure that everyone who works for the council is paid equally for equal work.

I remain committed to talking with our trade unions when they are willing to do so, to resolve this dispute and the affect it will have on vital city services.