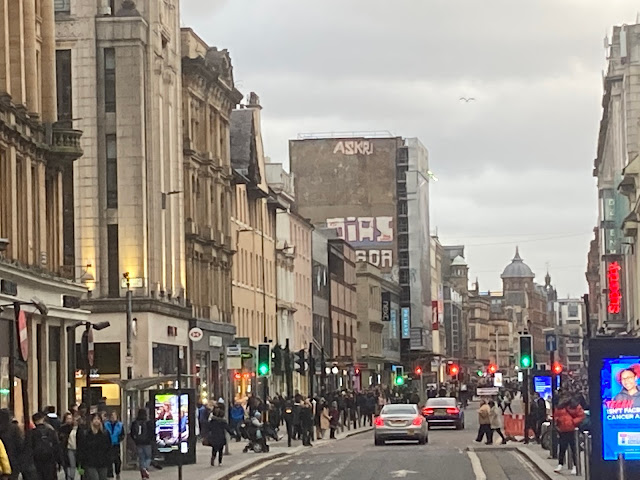 As I made my way into Glasgow city centre from the ugly eyesore at Tradeston I passed by two more graffiti hotspots on Argyll Street and Sauchiehall Street.

Now both areas have been in a terrible mess for years and they highlight the fact that City Council simply does not have a joined-up, multi-agency strategy for tackling Glasgow's ugly graffiti problem.

If you ask me, Glasgow needs a wake-up, a shake-up and a clean-up because a little 'spruce-up' here and there won't get the job done. 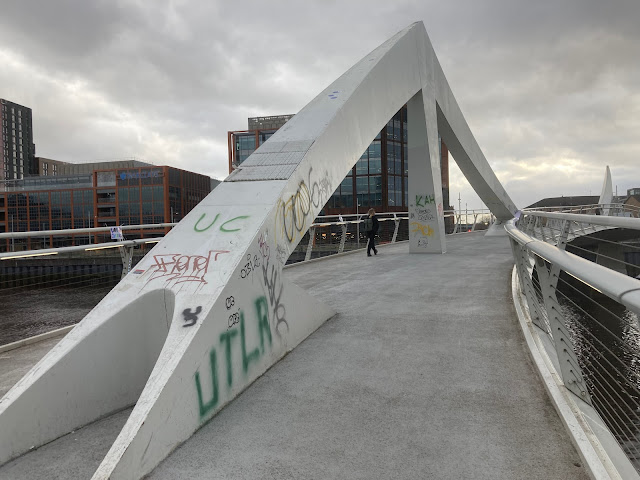 I was taken aback at the awful state of the Tradeston Bridge when I walked into town at the weekend - the whole thing is covered in graffiti and dumb, spray-painted name tags.

Regular readers will recall the city centre was 'spruced up' a little while back for the international visitors to COP26, but we've gone backwards and things are now worse than ever.

To my mind this is down to a lack of imagination and absence of a clear strategy for tackling the problem - on the part of Glasgow's politicians (councillors, MSPs and MPs)

Now this would required education (aimed at young people defacing their own backyard), engagement (opportunities for street art as an alternative to mindless graffiti) and stiff penalties (against clowns who are wedded to vandalism).

But our SNP led city council has a poor record of dealing with these bread and butter issues which is a great shame because Glasgow city centre is grubby, dirty and in a state we last witnessed in the 1970s. 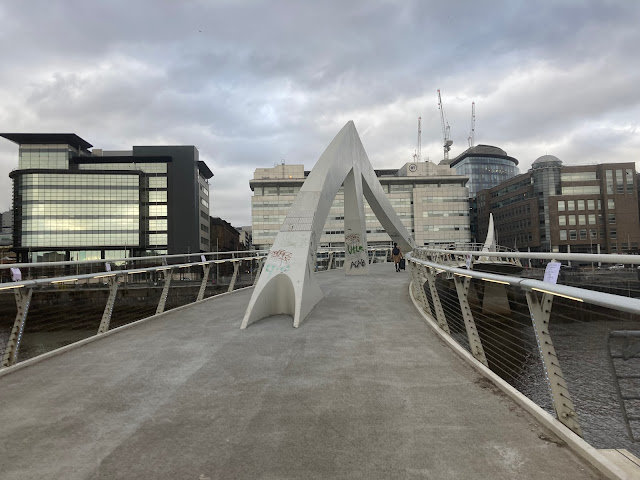 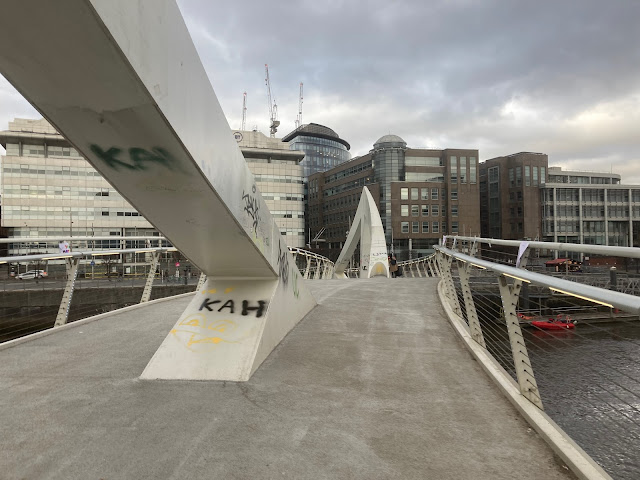 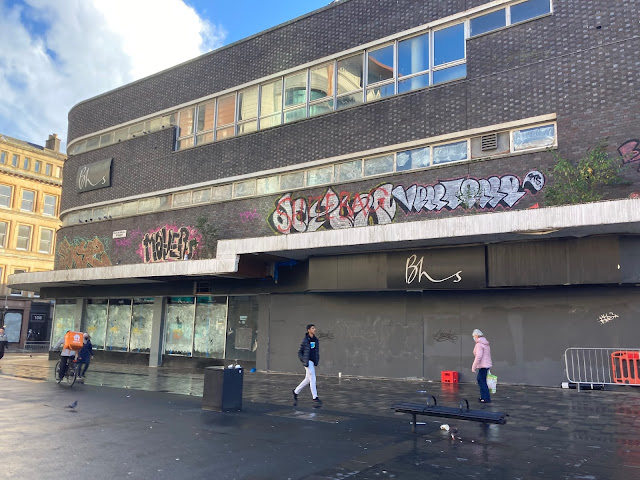 I see that the ugly spray painted graffiti on the old BHS building on Sauchiehall Street still hasn't been removed - even though it's been there for many months, years possibly.

Now it's the owner's responsibility to remove this graffiti, but if the owner fails to act - surely the City Council should have the power to step in, take action and bill the owner for the work involved?

And if the Council lacks the ability to act in this pro-active way, why haven't they been demanding more powers from the Scottish Government - or are Council leaders scared of rocking the boat with the SNP?

Come to think of it this is exactly the kind of issue you'd expect local Glasgow MSPs to be jumping up and down about, but they're probably all too busy campaigning for IndyRef2!