Now here's a remarkable story from The Times in which Alex Salmond's QC claims he was the victim of a 'set-up' before going on to say:

“I can’t remember the conversation. I’m clearly talking to someone I knew and who knew me but they have never come forward. If it was a pal you would expect them to say, ‘That was me’.”

So let me see if I've got this straight - Gordon Jackson does not deny speaking these words, but he can't remember what he actually did say, where and when the conversation (on a commuter train) took place or the identity of the other person involved.

Just about the only thing Gordon does remember is that he wasn't drunk which is a very strange thing to say, as I don't see what his sobriety, or otherwise, would have to do with anything.

So what this all adds up to, if you ask me, is the classic 'I know nothing' defence made famous by Manuel in Fawlty Towers. 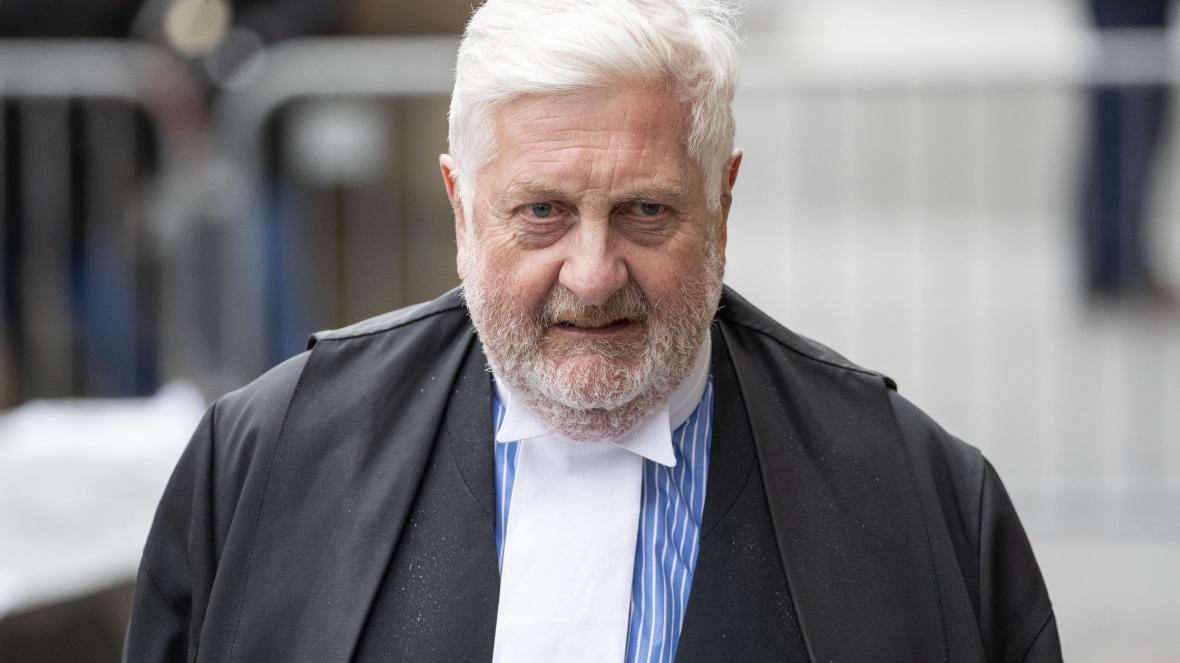 Gordon Jackson, QC, will step down as the dean of the Faculty of Advocates in June - JANE BARLOW/PA


By Margaret Taylor - The Times

The leading lawyer who represented Alex Salmond at the former first minister’s sex assault trial has told colleagues that he was the victim of a “deliberate set-up” after being caught on video discussing private details of the case.

Gordon Jackson, QC, who led the successful defence of Mr Salmond against a series of sexual offence allegations, was recorded on a busy Edinburgh to Glasgow train saying that he would put “a smell” on the politician’s accusers. He later announced his intention to step down as head of the Scottish Bar.

In an email sent to all members of the Faculty of Advocates, Mr Jackson, who appeared to name two of Mr Salmond’s accusers in the video despite a court order protecting their identities, said that he had fallen victim to a plot.

Mr Jackson wrote: “It is as yet far from clear what happened on the train. I strongly suspect this was a deliberate set-up but for now it is not clear what was actually said and to whom and in what circumstances. I very much hope this will be established in due course.”

This week Kenny MacAskill, the East Lothian MP who served as justice secretary during Mr Salmond’s tenure in Bute House, said it was “more than accidental” the QC had been caught talking about the case, adding that his “real crime” had been to represent the politician.

In the new issue of the Scottish Left Review, Mr MacAskill wrote: “It certainly seems that, as well as the poison and prejudice of a few, there were other ‘dark forces’ operating.”

The video of Mr Jackson, which was recorded while the case against Mr Salmond was ongoing, was published in The Sunday Times after the trial.

Yesterday Mr Jackson, 71, said that he had no recollection of having the conversation on the train or of who it was with, adding: “I know I wasn’t drunk.”

He acknowledged that he had been discussing Mr Salmond’s accusers by name but said this “wouldn’t be that abnormal” and repeated the claim that he had been set up. “I wasn’t speaking to a stranger on a train but I don’t know who it was,” he said. “I can’t remember the conversation. I’m clearly talking to someone I knew and who knew me but they have never come forward. If it was a pal you would expect them to say, ‘That was me’.”

He added: “I could have been unlucky and it could just have been someone [on the train] but you’d think they would take it to a tabloid, not The Sunday Times. Maybe I’m clutching at straws but I think there’s more to it.”

After the publication of the recording Mr Jackson asked Ruth Crawford, QC, treasurer of the Faculty of Advocates, to refer the matter to the Scottish Legal Complaints Commission (SLCC) to determine whether he had committed a disciplinary offence. The SLCC investigation is expected to take up to six months. Mr Jackson, who was once a Labour MSP for Glasgow Govan, has said that he will stand down as dean of the Faculty of Advocates at the end of June.

In his summing up at Mr Salmond’s trial last month Mr Jackson told the jury the charges emanated from within the “political bubble”. The lawyer added: “I can’t prove it but I can smell it”, and concluded that whatever “it” was, it “absolutely stinks”.

Mr Salmond, 65, was cleared of sexually assaulting nine women while he was first minister.