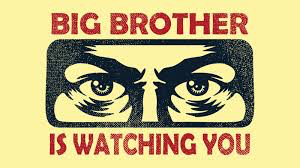 I meant to share this BBC news story when it was first published a week ago or so, but there are lots of similar tales going around featuring 'anonymous complainers' who want to close things down or stop other people doing things - often for no good reason.

Because it seems to me that it makes no difference to Boots' staff if a customer wants to buy make up, hair dye, paracetamol or toothpaste - so long as there are not too many people in the store and they all observe social distancing.

I mean who's to say what's 'essential' and what's not essential during lockdown?

Alcohol, for example, is clearly not an essential item to keep body and soul together during an emergency - nor are fags, Class A drugs, methadone, chocolate, square sausage, free range eggs, Easter eggs, skimmed milk, brown sauce, vegetarian or vegan food etc etc.

So we could do with less of people jumping on their moral high horses and lecturing the rest of us about what we can and can't do, especially if they're judging others by their own selective, arbitrary rules 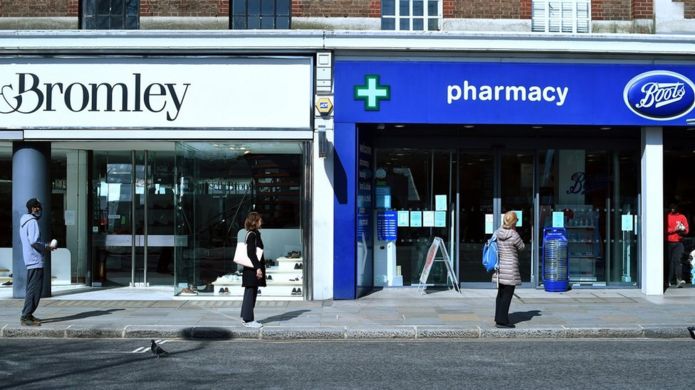 Boots staff have told the BBC they feel "unsafe" at work as customers continue to browse for hair dye and fake tan despite the coronavirus pandemic.

Staff said they were frustrated some branches had reopened beauty aisles and lifted limits on the number of shoppers allowed inside at once.

Some stores were still waiting for visors, face masks and gloves for pharmacy workers, others said.

Boots said it was doing whatever it could to protect its staff.
'No one needs to buy fragrance'

One staff member who works on the pharmacy at a branch in south-west England told the BBC she was wearing her own gloves to work because her team had not been provided with any to use during shifts.

Her store had initially closed off aisles containing non-essential products and limited the number of customers allowed in – but she said those measures were lifted this week with no explanation given to staff on the shop floor.

"The doors are just open and anyone can wander in - people are looking at makeup, wandering around," she said.

"No one needs to buy fragrance right now."

She said the pharmacy was "overwhelmed" and that the plastic screens placed between staff and customers were "small" and "pointless".

'At the good end of the scale'

Like other pharmacy chains, Boots has been designated an essential retailer in the UK's effort to prevent the spread of the virus, which is why its stores can stay open.

It is not alone in having to strike a balance between serving customers and keeping pharmacy teams safe - and Paul Day, director of the Pharmacists' Defence Association union, said it was "at the good end of the scale" when it came to protecting pharmacy staff.

He said community pharmacists up and down the country, which had already been "squeezed", were under increased pressure because of the outbreak.

And Boots, like other chains, faces the additional question of how to protect non-pharmacy staff.

An employee who works on the tills at a branch in the West Midlands said Boots should "only let a certain amount of people" into stores, and not sell things like "mascaras and candles".

Tracey Clements, chief operating officer for Boots UK, thanked staff for the "amazing care and commitment they are showing".

"I know that this is a difficult time and we are doing all we can to make sure our colleagues have the NHS-recommended PPE available, alongside extra Perspex and plastic screening and social distancing equipment they can use," she said in a statement.

"We have over 60,000 colleagues and we are doing whatever we can to protect them whilst they work on the frontline of healthcare.”

Two online petitions - which together have more than 1,400 signatures - say "non-essential" Boots sales assistants should not have to come in to work and should be given paid leave.

Boots no longer requires staff on its No7 beauty range to come into work, has furloughed beauty advisors and said it was one of the first retailers to ask all vulnerable and pregnant colleagues to stay at home on full pay.

A customer adviser in a Devon branch, who specialises in skincare, said she was "flabbergasted" that she and her colleagues were expected to go in to work.

"I went in on Monday morning and I witnessed staff hanging around doing nothing – chatting in the canteen because there’s nothing to do," she said.

She said staff were counting packets of crisps and tidying the stock room to fill time.

"This is people who are actually travelling on public transport to get into Boots to do these non-essential jobs," she said, adding that she had to take two buses to get to work.

A sales assistant on the makeup aisle in a branch in north-east England said the store was mostly empty, but people still came in looking at mascaras while staff were "standing around doing nothing".

"This puts us at extreme risk as it only takes one infected customer to enter the store and pass it on," he claimed.

"The knock-on effect of this would be huge."

He acknowledged that it was a "stressful" time for Boots, but added that shop floor staff had not received direct communication from the company and needed more "clarity".