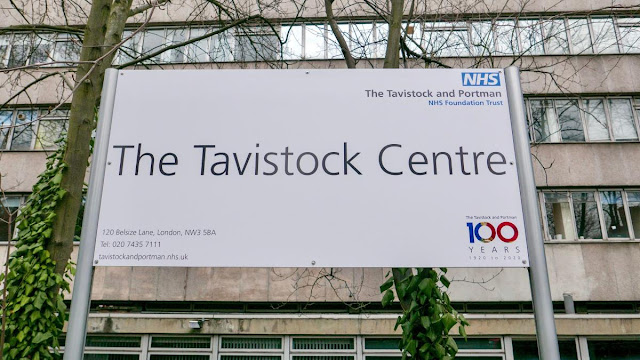 The Times publishes three very powerful letters today on the closure of the controversial Tavistock clinic (see link below) where gender ideology took precedence over the care and safety of children.

LGBT organisations are still trying to misrepresent the Tavistock's closure as a response to long waiting lists when the real reason is the hijacking of the clinic by trans extremists whose bullying tactics and methods are now being exposed.

https://www.thetimes.co.uk/article/times-letters-closure-of-the-tavistock-gender-clinic-nfjrg2z6v
The Times letters: Closure of the Tavistock gender clinic

Saturday July 30 2022
Sir,
Dr Hilary Cass’s report marks an important chapter in a long history of mistreatment of children and young people with gender dysphoria who were put on a medical pathway with insufficient exploration and often little consideration of consent (reports and leading article, Jul 29).
The complete lack of any follow-up of those who have undergone what can only be regarded as experimental treatment is lamentable. Staff who raised concerns were intimidated.
The Cass recommendations are being misrepresented as purely a way of managing the long waiting list. But it was a long waiting list for the wrong treatment. Gender dysphoria in children is complex: many have histories of trauma and are on the autistic spectrum; others are depressed or have family problems.
A high proportion are gay and lesbian but are confused about their sexual identity. Our thoughts now must be with the large number of children and young people who are living with the irreversible consequences of having been put inappropriately on a medical/surgical pathway that they now regret.
Dr David Bell

Former consultant psychiatrist and governor, the Tavistock clinic
Sir,
The findings of the interim report on the Tavistock clinic are truly shocking. Children have been subjected to potentially damaging life-changing procedures by a system that allowed aggressive political dogma to take precedence over professional medical practices.
While swift action has been taken to close the clinic, we in the gay community should be questioning why LGBT organisations such as Stonewall and Mermaids, along with much of the LGBT media, have supported and defended the activities of the Tavistock clinic.
When I helped to establish Stonewall I never dreamt that one day it would be supporting the practice of encouraging young gay and lesbian people to change their gender rather than helping them to be comfortable with their sexuality. Gay people need to speak up against this aggressive trans-extremism that has taken over our movement and which is so damaging to the lives of ordinary LGBT people.

Sir,
As a former governor of Tavistock and Portman NHS Foundation Trust who resigned over the management of the Gender Identity Development Service (Gids), and as the husband of Susan Evan, the first whistleblower 17 years ago and the woman who, with mother A, started the judicial review before Keira Bell took her place, I was relieved to learn that the Tavistock gender service will be replaced by regional clinics.
Whenever the trust’s managers or the service’s leaders were questioned or challenged about Gids they repeated the mantra that they were a world-class service, even though none of their attitudes or behaviours backed up their claim.
There was no long-term research on treatment outcomes and no curiosity about the cultural forces influencing the demographic of those presenting for treatment. The clinic did not encourage discussion within the clinical team about approaches: there was a culture fostering blind devotion to orthodoxy rather than clinical challenge and debate.
Thank goodness Dr Hilary Cass, in her report, is now putting clinical governance, debate and research back where it belongs: at the heart of these new services.