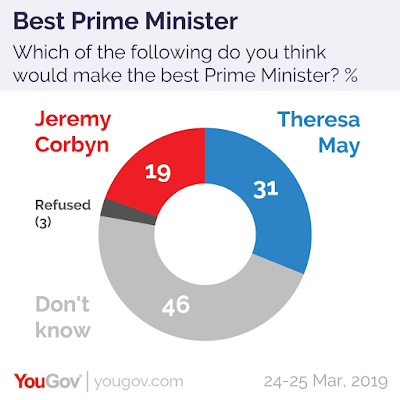 Jeremy Corbyn is an 'albatross' around Labour's neck - with a reasonably competent leader the party would be streets ahead of the Tories, but here is Jezza limping into third place behind the Don't Knows and Theresa May.

What a complete fool the man is the worst ever Labour leader.