So the family of Reeva Steenkamp finally gets some semblance of justice with the news that Oscar Pistorius has had his prison sentence more than doubled to 13 years and 5 months.

Nothing will bring back Reeva Steenkamp, of course, but the lenient sentence imposed by the trial judge smacked of 'celebrity justice' whereas the appeal sentence rightly reflects the fact that Oscar Pistorius was guilty of murder and not manslaughter.

I've wrote lots about Pistorius at the time of his trial and I am re-publishing some of these posts from the blog site archive. 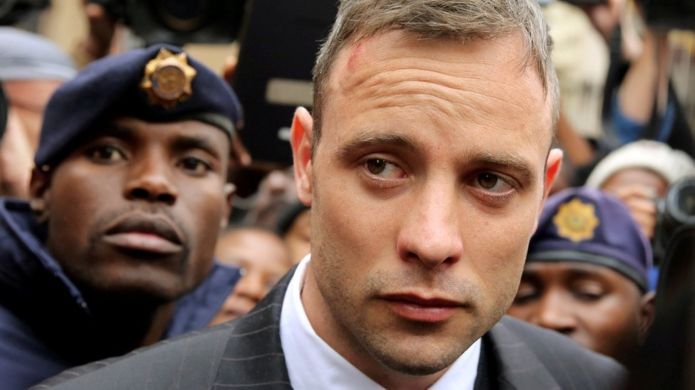 Prosecutors had argued that the six-year term for murdering Reeva Steenkamp was "shockingly light".

Ms Steenkamp's parents were "emotional" as they watched the ruling at home on TV, a spokeswoman said.

"They feel there has been justice for Reeva. She can now rest in peace," Tania Koen told Associated Press.

"But at the same time, people think this is the end of the road for them... the fact is they still live with Reeva's loss every day," Ms Koen said.

Oscar Pistorius claimed he shot dead Ms Steenkamp on Valentine's Day in 2013 after mistaking her for a burglar.

The making and unmaking of Oscar Pistorius
Reeva Steenkamp, my friend

The Supreme Court of Appeal in Bloemfontein has now given Pistorius the minimum 15 years prescribed for murder in South Africa, less time already served.

The lower court had justified the six-year sentence by citing mitigating circumstances such as rehabilitation and remorse. It said they outweighed aggravating factors such as his failure to fire a warning shot. 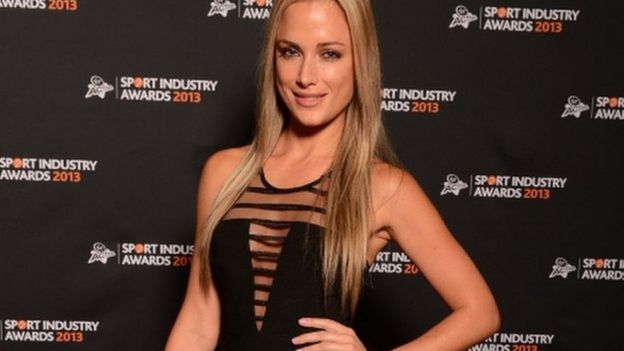 Pistorius's brother Carl said on social media that he was "shattered. Heartbroken. Gutted" at the decision.

"We have all suffered incomprehensible loss. The death of Reeva was and still is a great loss for our family too," he wrote.
Tackling inconsistency

There is huge relief here from the National Prosecuting Authority and from Ms Steenkamp's family and friends. Prosecutors are relieved because the earlier sentence of six years for murder could have set a precedent in future trials. The Pistorius family are devastated, as is the athlete himself.

The six-year sentence gave an impression of inconsistency. There have been fraud and corruption trials that led to 15-year sentences. It seemed lenient considering that the Paralympian fired four bullets into a bathroom door behind which there was an unarmed and frightened Ms Steenkamp.

Oscar Pistorius, 31, was not in court to hear the decision.

He was initially given a five-year term for manslaughter in 2014, but was found guilty of murder on appeal in 2015.

Pistorius shot Ms Steenkamp four times through a locked toilet door at his home in the capital Pretoria.

Previously, the six-time Paralympic gold medallist had made history by becoming the first amputee sprinter to compete at the Olympics, in 2012 in London, running on prosthetic "blades".

He had his legs amputated below the knee as a baby.
Rise and fall of Oscar Pistorius 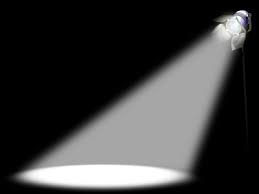 The news that Oscar Pistorius has been released from prison in South Africa is likely to confirm the widespread view, which I share,  hat across the world the law is an ass when it comes to dealing with the crime of manslaughter or culpable homicide.


A year in jail and four years under house arrest seems a pathetic price to pay for taking the life of another human being in such reckless and extraordinary circumstances.

The outcome of the Oscar Pistorius trial is a good example of rich man's justice, if you ask me.

Because this is a man who pled not guilty to all of the charges he faced, accepted no wrongdoing for killing his girlfriend Reeva Steenkamp which he described as a 'mistake' and lied through his teeth about firing a gun in a crowded restaurant.

Now Oscar was found guilty of the latter charge, but he will serve no punishment for this crime or for lying to the court, as the sentence of three years in prison was suspended four five years and will run concurrently with his five year sentence for culpable homicide.

So, in effect, he escapes the restaurant incident Scot-free and no sooner has the culpable homicide sentence been announced that his defence lawyers start to argue that he will spend only one sixth of his sentence (10 months) behind bars, with the rest being served under house arrest.

Judge Masipa again seemed to revel in her celebrity status as she read an hour long statement before announcing the decision, but I think she made the wrong call by not finding the Blade Runner guilty of murder rather than culpable homicide.

So I hope the prosecuting authorities appeal the verdict.

Because it seems incredible to me that some can fire no less than four shots from a high powered hand gun and not be held responsible for deliberately killing another human being who was cowering behind a locked bathroom door.

And that's just on the Oscar Pistorius version of events, without even considering the credibility of a story which claimed that in the middle of the night Reeva Steenkamp got up out of bed, got dressed into her day clothes, made her way to the bathroom with her mobile phone in hand (and without Oscar noticing even though he was only feet away), deliberately locked herself in the bathroom and then failed to respond to any of Oscar's alleged calls, again from only feet away.

Before Oscar fired four 'zombie stopper' bullets at the 'target' behind the locked bathroom door; Oscar's defence being that he thought the target was a burglar which turned out to be a load of old bollix, of course.

If you ask me people have been far to kind about the judge presiding over the Oscar Pistorius trial, Thokozile Masipa.

Because her reasoning for deciding that Pistorius was 'not guilty' of second degree murder seems badly flawed to me, relying as it does on a 'subjective test' about what Pistorius said he believed to be true at the time of the shooting, i.e. that he believed he was firing his gun at and intruder and had no idea that the person cowering the toilet was his girlfriend, Reeva Steenkamp.

Take another example, say someone banged on the former athlete's front door at 3 am in the morning. Would be entitled to go downstairs and fire four shots through the door because, he said, he felt vulnerable and was 'scared to death'.

Of course not, because he had other options and the only valid reason for firing four rounds from his powerful handgun would have been that he faced a real and obvious threat, which was clearly not the case when it came to the killing Reeva Steenkamp.

So the legal test cannot only be a subjective one of what Oscar Pistorius says he believed at the time, but must surely take in account how believable or reasonable his explanation was - after is taking all the circumstances into account.

Especially as the victim is not around to explain, for example, why she did not respond to Oscar's shouting at the alleged intruder from only eight feet or so away. It simply doesn't make sense.

Say there was an intruder behind the door, a black, unarmed 14-year-old boy, would Pistorius still have been justified in firing his weapon? I don't think so since there was no real and obvious threat.
What if the intruder was 30-years-old and armed with an assault rifle? Probably but he would only have been proved right after the event whereas in relation to Reeva Steenkamp he made absolutely the wrong call.

And, into the bargain, Oscar's story is riddled with riddles and lies such as his flat denial that he fired the same or a similar handgun in a crowded restaurant, a charge of which he was found guilty in the same trial.

So Judge Masipa doesn't really deserve all this fawning 'My Lady' guff and instead her terrible deserves to be criticised and called into question.

The judge in the Oscar Pistorius trial, Thokozile Masipa, may still send the 'Blade Runner to jail for culpable homicide, but if you ask me she has made the wrong call by not finding Pistorius guilty of murder.

The judge decided first of all that Pistorius was not guilty of premeditated murder which was no big surprise because there is no evidence that he planned, with malice aforethought, to kill his girlfriend, Reeva Steenkamp, with a high powered handgun.

But on the lesser charge of 2nd degree murder, Masipa also concluded the former athlete had no case to answer because relevant test under the law was a subjective one - What did the accused believe at the time? - and she went on to explain her reasoning in more detail:

"Clearly he did not subjectively foresee this as a possibility that he would kill the person behind the door - let alone the deceased - as he thought she was in the bedroom."

Now I don't see how it's possible for anyone to believe that firing four 'dum dum' bullets at someone on the other side of a wooden door is not highly likely to lead to their death.

Because if the aim of the shooter was to frighten an alleged intruder into 'coming out with their hands up', then why not issue a warning and fire a warning shot into the ceiling since the discharge of a weapon is supposed to be a last resort - in the face of a real and present threat.

By judge Masipa's twisted logic the Russian separatists who shot down Flight MH17 could also get away with murder by arguing they had no idea that the deadly missile they fired could actually bring down a plane, let alone a civilian airliner with the loss of 298 innocent lives. 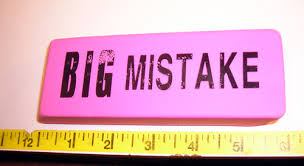 What's the connection between Oscar Pistorius and the 298 people killed by the shooting down of Malaysian Airlines Flight MH17?

Well, it seems pretty clear that the pro-Russian separatists who shot the passenger plane out of the sky were not actually intending to kill 298 perfectly innocent civilians.

No, they thought they were killing fellow Ukrainians and that this act was justified because they regard  themselves in a 'state of war' over their future or otherwise within Ukraine.

But if these people were ver brought before a court of law, would their defence stand up to legal scrutiny?

I think not, because it is essentially the exact same defence as Oscar Pistorius - I/we 'made a mistake'.

Which is some mistake if you ask me, because people who keep high powered weapons at home or even self-appointed Russian separatists both have a duty of care to other people - they are not at liberty to go around killing people and then blame their stupidity and failure to take sufficient care on a simple 'mistake'.

Oscar Pistorius realised there was a human being behind the bathroom door into which he shot four 'zombie stopper' bullets and he must have known that by pulling the trigger he was going to kill that person.

The key question is: "Did Oscar Pistorius have a good reason to discharge his weapon, was he in danger or was his life and safety at risk?"

In my view, the answer to that question is definitely No and therefore Oscar Pistorius is guilty of murder because he intended to kill the person behind the door, so even if he thought that was someone other than his girlfriend, Reeva Steenkamp, it makes no difference.

Because he should not have discharged his weapon in the first place, just as the pro-Russian separatists should not have shot a passenger plane out of the sky - so their respective defence of making a terrible 'mistake' should not stand up in a court of law.