Irony Is Not Dead

I enjoyed Kenny Farquharson's piece in The Times in which he suggests that the new Scottish Labour leader, Richard Leonard, is likely to find that his professed Englishness has made 'a hard job even harder'.

Now I couldn't give two hoots where Richard was born, personally speaking, but lots of folk  do and Kenny highlights some examples of these ugly, dog-whistle attacks in his column.

I came across this myself during the long fight for equal pay in Scotland's councils, when trade unions attacked Action 4 Equality Scotland on the rather strange basis that my A4ES colleague, Stefan Cross QC, hailed from Newcastle.

I've lost count of the number of times this 'English lawyer' business was used to put doubt in people's minds about holding the council employers and trade unions in Scotland to account over their years of abject failure to deliver equal pay.

Now Richard Leonard worked for the GMB union in Scotland from the late 1980's, if I remember correctly, before finally becoming a Labour MSP in 2016 and if you ask me, his back story just goes to show that on the issue of dog-whistles and attack politics - irony is not dead.

Read Kenny Farquharson's opinion column in The Times via the link below which is behind the newspaper's paywall.

By Kenny Farquharson - The Times 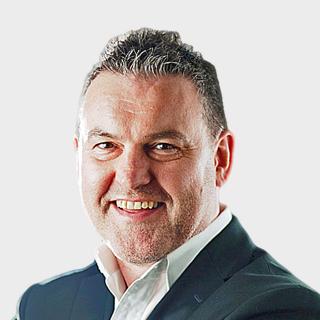 Picture the scene: Scotland are playing England at Murrayfield. The Scots are just ahead as the match enters its tense final minutes. The TV camera zooms in on the VIP box and picks out the newly elected first minister of Scotland, proudly wearing his England scarf and cheering on the men in white.

If this scenario does not strike you as odd, may I suggest that you are letting your opinion on what should matter in politics obscure your understanding of what nonetheless does matter?

Of course, it should be of no importance where Richard Leonard comes from, what accent he speaks with, and what nation commands his support in international sporting fixtures. And yet, given his new job, it is important, for reasons I will explain.

The Yorkshire-born Mr Leonard, who was declared leader of the Scottish Labour Party on Saturday, was asked in an interview this week what team he supports when Scotland play England at football or rugby. “If it’s England v Scotland, I do support England,” he replied. “Every other game I will support either Scotland or England. I’m not going to make up something which would be inaccurate.”

With this short quote, Mr Leonard just made a hard job even harder. There is no comfortable way of saying it, but Mr Leonard’s Englishness will be a dog-whistle issue for his entire leadership. Everyone will claim not to be able to hear it, because one’s nationality is not meant to matter in civilised society. And yet his professed Englishness will be detrimental to his prospects as a candidate for first minister.

Why? Because national allegiances matter in Scottish politics. They always have done and always will do. Take, for example, the SNP’s longstanding strategy of undermining the credibility of its opponents in the eyes of Scottish voters. For decades this has concentrated, with some success, on questioning the allegiance of Scottish Labour leaders, suggesting they owe their primary loyalty to something other than the Scottish national interest.

Scottish Labour, we are told, is ruled by “London Labour” and simply takes its instructions from head office. The SNP claims that its opponents do not have Scotland’s best interests at heart. During the 2010 general election Alex Salmond even described the Scotland Office in Gordon Brown’s government as “the anti-Scotland Office”. During the independence referendum in 2014, the same Mr Salmond described Yes voters as “Team Scotland”, the suggestion being that voting No was unpatriotic. The message was clear: “real” Scots voted SNP and supported independence.

Now, you may think Mr Salmond’s approach was contemptible. That is certainly my view. But do I think it was ineffective? No, I do not. 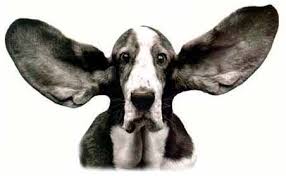 Boris Johnson has been getting pelters all weekend, and rightly so in my opinion, over his dog whistle comment about President Barack Obama being "part-Kenyan", a phrase Bojo used in writing a very hostile, anti-EU article for The Sun newspaper.

Now I laughed my head off at this latest piece of buffoonery from the outgoing London Mayor because Barack Obama's ancestry (his father was Kenyan) has nothing whatsoever to do with his track record as American President or his ability to comment, as a friend, on the European referendum.

In fact, the last time I heard such stupid and reactionary views being expressed, they were used by Unison in a Scotland-wide newspaper advert which made a similarly pathetic attempt to smear and discredit someone - my colleague Stefan Cross, now a highly respected QC of course.

But back in the day Unison were so worried about the impact Action 4 Equality Scotland was having that any old tactics would do, hence the attack on Stefan for the terrible crime of being English.

Boris Johnson and Unison: who would have thought these two unlikely bedfellows have so much in common?

Here's another post from the blog site archive which, if I remember correctly, was prompted by a Scotland-wide newspaper advert from Unison.

Now strangely the advert had nothing to say anything about the situation in South Lanarkshire - where the trade unions, including Unison, actively discouraged their low paid members from pursuing equal pay claims.

But funnier still is the fact that the whole business has come back to bite them in the ass - after all these years.

I’ve had lots of comments about the recent ‘attack’ advert from Unison – people are curious about their very deliberate use of the word ‘English’ in relation to Stefan Cross Solicitors.

Is the union becoming paranoid and xenophobic – because why else would they mention race and nationality - when these terms are of no relevance to equal pay?

‘Dog whistle’ politics is about sending a hidden message – one that you don’t want to admit to, up front at least, but the underlying intention is perfectly clear – emphasise a point (a negative one, of course) that you think will play to the prejudices of your audience.
In this case, a rather bizarre anti-English sentiment – it would appear - which is to be pitied, not admired.

Mark Irvine and Carol Fox are both Scottish – Stefan Cross lives and works in Newcastle, but does anyone (other than Unison) care?
We’re not motivated by people’s politics or where they come from – to paraphrase Martin Luther King: “It’s the quality of a person’s character that counts”.

As you’d expect, we’re happy to defend our colleague Stefan’s right to be English – to support Newcastle United, rather than Celtic or Rangers, Hearts or Hibs – or anyone else for that matter.
And here’s another amazing revelation - Mark Irvine was actually born in Canada - but so far at least no one has held that against him.

So, to lighten the mood we’re highlighting 10 good things to have come out of England and helped make life that little bit better for many Scots:

1. The Road to Scotland
2. Emmeline Pankhurst – women’s rights activist and suffragette
3. Cockney Rhyming Slang
4. JRR Tolkein and “The Lord of the Rings”
5. Liverpool Football Club (1977 – 1987 vintage)
6. The Tolpuddle Martyrs – transported to Australia for trade union activity
7. The Beatles
8. The Daily Telegraph – for its scoop on MPs expenses
9. Gin and Tonic
10. Stefan Cross and Action 4 Equality

If you have any other suggestions, let us know – we’ll share the best (and worst) on the blog site.
PS If Stefan Cross had been Welsh, does anyone think Unison would have mentioned that in their advert?


Pssst! Have you heard the news?

Celtic Football Club has appointed a new manager – for the 2009/10 football season.

As far as we know there have been no pickets at Parkhead – and, so far, no public disorder in the streets.

But Unison (Scotland) has not spoken - yet.

And we know that the union has a bit of a chip on its shoulder about non-Scots coming up north – telling us locals what to do, how to do it and generally throwing their weight around.

So, the west of Scotland is holding its collective breath – since we all know that there must be some Celtic fans amongst the ranks of Unison (Scotchland).

Now most sane people don’t give a fig that Tony Mowbray is from the north east of England. Because what has that got to do with his ability as a football manager?
Although – you have to admit – it’s a strange coincidence that Stefan Cross hails from that part of the country as well.

So, maybe it is a conspiracy after all – for English lawyers and English footballers to subvert the established order - and seize control of the socialist republic of Caledonia.

Maybe that’s why Unison is so paranoid about where people come from - maybe the union has a point?

On the other hand – maybe they’re just all bonkers.