Who Will Have The Last Laugh? 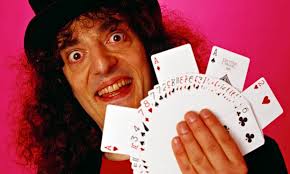 Anthony Alderson made the following statement after cancelling the second night of Jerry Sadowitz's stand up show at the Pleasance:
“The Pleasance is a venue that champions freedom of speech and we do not censor comedians’ material.

“While we acknowledge that Jerry Sadowitz has often been controversial, the material presented at his first show is not acceptable and does not align with our values.

“This type of material has no place on the festival and the Pleasance will not be presenting his second and final show.”
Alderson makes no attempt to explain his decision (eg who complained and why?) or values and ludicrously claims to be a champion of free speech while banning a comedian from attending his own show.
What a pompous, arrogant ass!