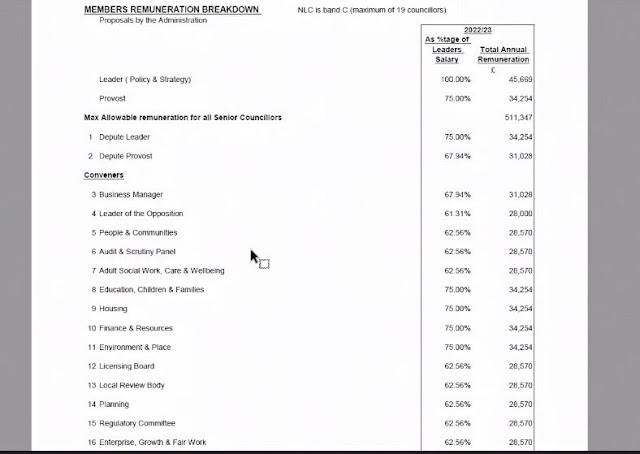 I haven't heard back from North Lanarkshire Council yet, but Pablo Shankley has been in touch (thanks again Pablo!) with a breakdown of councillors' pay in NLC which suggest the Convener of Housing is paid an enhanced salary of £34, 254 a year.

Now senior councillors have additional responsibilities which is why they're regarded as full time roles and paid a much higher salary than part-time, backbench councillors who receive £19,571 a year (@ £16 an hour).

But in addition to being the SNP's Convener of Housing in North Lanarkshire, Cllr Stubbs has a second, part-time job with a local SNP MSP (Fulton McGregor) and a third job with Police Scotland.

So what does all that add up to - my guess would be well in excess of £70,000 a year from the public purse.

More to the point how does Cllr Stubbs find the time to do all these jobs effectively and who, if anyone, is looking out for the public interest?

Certainly not the SNP since lots of other SNP councillors, SNP MSPs and SNP MPs have been gaming the system as well. 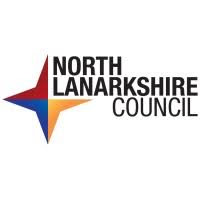 I decided to write to the Chief Executive of North Lanarkshire Council to ask about the public salary paid to the Council's Convener of Housing.
I also asked the Council to explain how Cllr Stubbs can perform this role effectively when he has two other significant paid jobs - one with Fulton McGregor, a local SNP MSP, and a third with Police Scotland.
Now information about councillors' salaries ought to be displayed on NLC's web site, but Cllr Stubbs does not register any salary details under the Council's Register of Interests which is very odd.
Yet again information that ought to be easily and freely available is being hidden from public view and is being dragged out of the Council under a freedom of information (FoI) request.
So much for open and transparent government. 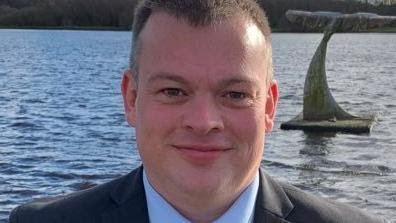 Cllr Allan Stubbs - Convener of Housing
I refer to the 'Member and Committee Information' provided by  North Lanarkshire Council and I would like to make the following request under the Freedom of Information (Scotland) Act 2002.
1) Please confirm the total annual salary currently paid to Cllr Allan Stubbs as the Council's Convener of Housing?
2) Please confirm whether this is an enhanced salary and confirm the additional sum paid over the £19,571 salary awarded to part-time, backbench councillors?
3) Please explain how Cllr Stubbs is able to operate effectively as North Lanarkshire's Convener of Housing when he has two additional remunerated jobs as an office assistant to Fulton McGregor MSP and another with the Scottish Police Authority?
4) Please explain why Cllr Stubbs councillor's salary is not registered in the Remuneration section of  the Council's 'Member and Committee Information'.
I look forward to hearing from you and would be grateful if you can respond to me by email at the following address: markirvine@compuserve.com
Kind regards
Mark Irvine