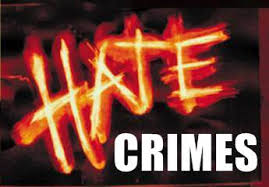 Every so often the The Mail group of newspapers comes up with a good story - which seem to get ignored by other parts of the press and media.

Maybe it's because The Mail  is seldom even-handed or measured - and seems completely obsessed with stories about benefits cheats, immigration and Princess Diana.

But that doesn't mean the newspaper is incapable of locking on to a big story - on something that really matters - when it sees an opportunity.

The other day The Mail reported on a Muslim preacher - Anjem Choudary - whom the paper  describes as a 'hate preacher' who pockets £25,000 a year in benefits - while campaigning to bring Shariah law to the UK.

The Mail goes on to say that Choudary told a small crowd of around 30 fanatics:

"People will say, 'Ah, but you are not working'. But the normal situation is for you to take money from the kuffar (non-Muslim).

So we take Jihadseeker's Allowance. You need to get support."

Anjem Choudary went on to say - according to the newspaper - that David Cameron (the British Prime Minister), Barack Obama (the American President) and the leaders of Pakistan and Egypt - should all be killed.

Now presumably all of this is recorded and reported accurately - in which case the evidence should surely be a matter for the police to pursue.

Because it all reminded me of the time - some years ago - when the author Fay Weldon bravely intervened in a TV discussion programme demanding to know why the police were not arresting the former singer Cat Stevens - now known as Yusuf Islam.

The coward Cat was put on the spot but so too was a senior police officer who was sitting at the discussion table with Fay Weldon - who demanded to know why the police didn't get off their backsides and arrest the former pop star for inciting violence - and promoting a hate crime.

To my mind that's exactly what should happen to Anjem Choudary - and just because it's The Mail that's raising the issue shouldn't be an excuse for the rest of the press and media - to look the other way.