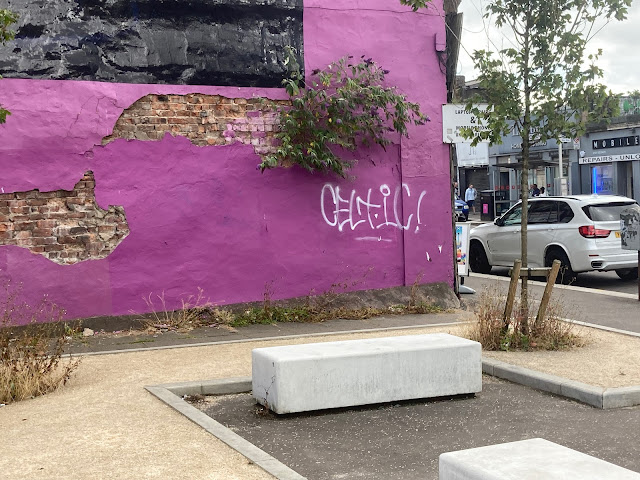 The ugly graffiti spray-painted on this Billy Connolly mural in Glasgow's Gallowgate has nothing to do with Celtic Football Club.
But if I were the club, I would offer to pay for the damage and make a public statement deploring this kind of anti-social vandalism.
Because cleaning up Glasgow requires leadership and a lot of small steps - and we've all got a part to play. 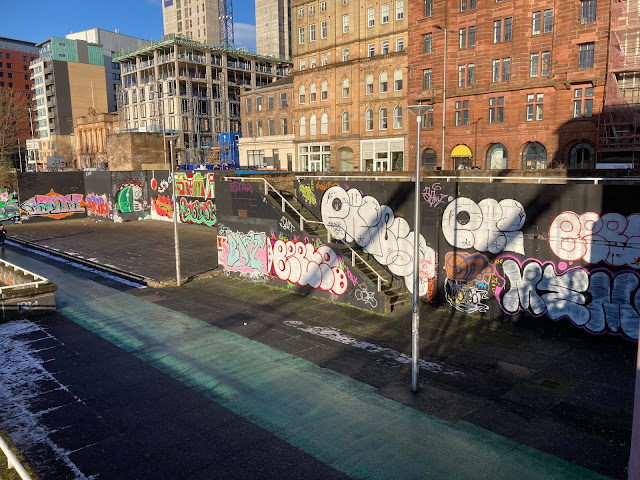 I said in my post last Friday about Glasgow's ugly graffiti problem that I hadn't heard a 'cheep' from my local MP, Alison Thewliss.

But shortly after I published the post on the blog I finally heard from Alison's office which involved just passing on a desultory response from an official at Glasgow City Council.

Now the whole point of contacting a local MP (councillor or MSP for that matter) is to find out what they think - and ask for their support, preferably.

Because if they just act as postboxes, by passing the buck on to a council official, what is their role as an elected representative and why do we pay them such generous salaries from the public purse?

In any event I was so disappointed with what my local MP had to say that I decided to respond as follows:

Glasgow Graffiti
I refer to the attached letter from your caseworker and my original correspondence dated 1 February 2021 regarding the problem of graffiti in Glasgow.
I have to say I am very disappointed at your response which does not explain when you wrote to Stephen Egan at Glasgow City Council or what you said to Mr Egan - presumably you just passed on my letter without explaining either the context or background which was a terrible waste of everyone's time.
I already know all about GCC's graffiti removal service which sparked my original letter to Susan Aitken who hasn't bothered to respond, but the graffiti I drew to the council leader's attention has nothing to do with Covid-19 or 'lockdown' and has been there (most of it at least) since before the current pandemic began.
In my view the way to tackle the issue can only be via a council-wide, all party, multi-agency campaign which has the scope to target particular local hot spots.
Schools, community councils, property mangers, local businesses as well as local people all have a role to play and here's a good 'anti-litter' example from York City Council which could be adapted for a similar campaign around graffiti, fly-tipping dog fouling etc etc.
My concern is whether Glasgow City Council has the necessary powers to act if persuasion fails, eg in relation to the removal of graffiti is GCC able to intervene and pass the costs on via a building's property managers and owners? If not, surely local councils should have such powers?
I see from your Twitter account that you have been very active on social media recently and I would have thought this is the kind of issue for a local MP to take far more seriously, instead of sending meaningless enquiries to busy council officials.
I imagine Mr Egan and his colleagues would like to do more, but this requires political leadership in the first instance which was the point of my original letter to Susan Aitken.
For your information I have received a more encouraging response from the local MSP and from two out of the four local councillors for this area, but I am surprised at the lack of interest and leadership from other quarters.
Kind regards
Mark Irvine 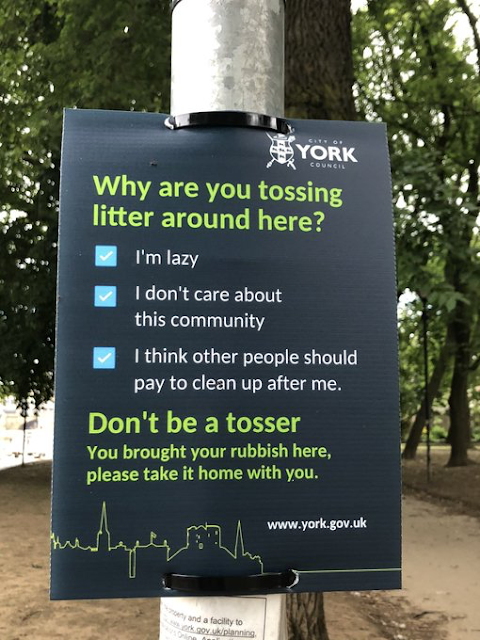 I do get really fed up with politicians who bang on endlessly about their own pet hobbyhorses, including independence, yet have so little of substance to say about local 'kitchen sink' issues.
Maybe next time I'll get a reply which doesn't waste my time and/or insult my intelligence.

I wrote to the leader of Glasgow City Council, Cllr Susan Aitken, a few weeks ago about the growing problem of graffiti in the city centre.

I didn't receive the courtesy of a reply so I sent the following letter to my four local councillors and shared this with my local MSP and MP as well.

Two out of the four councillors responded which is good, but the other two didn't bother their backsides which is a concern, especially as they're all paid salaries these days - a minimum of £17,854 - to take up issues on behalf of local constituents.

Glasgow Graffiti
I wrote to the Council leader, Cllr Susan Aitken, over two weeks ago regarding the spread of graffiti in Glasgow city centre.
The same issue affects the Calton area of the city as well and I enclose some recent photos from in and around the local neighbourhood to illustrate the size and scale of the problem.
I have not received a reply from Cllr Aitken which is very disappointing, but I would like to know what strategy the Council is adopting to tackle this kind of anti-social behaviour and how local people can get involved.
I am writing in similar terms to all four councillors in the Calton ward and the local MSP and MP - John Mason and Alison Thewliss.
I look forward to your hearing from you and would be happy to discuss things further by phone or via a Zoom call.
Kind regards
Mark Irvine
My MSP also got back to me though I haven't heard a cheep from my local MP who must be preoccupied with 'more important' things.
Maybe I should do a quick check on social media and find out?
In any event I'll have more to say in the days ahead, so watch this space.
Mercat Cross Building 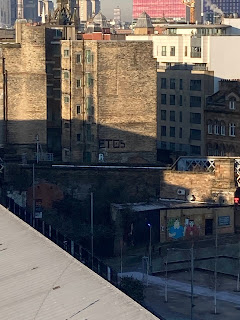 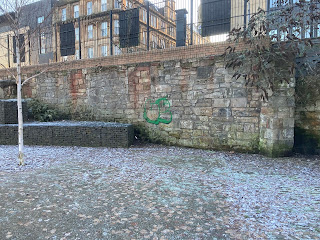 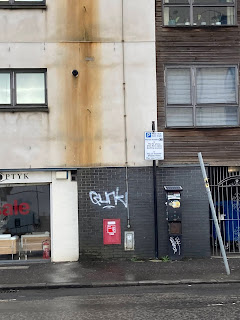 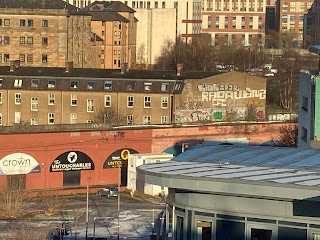 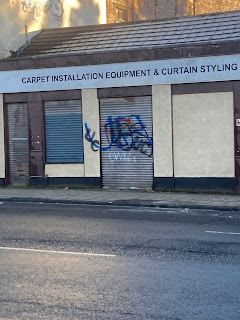 Dear Cllr Aitken
Glasgow Graffiti
The city centre of Glasgow seems to have a growing problem with graffiti.
I wrote about this on my blog recently and illustrated the point with some recent photos from the area around Clyde Street, Glassford Street, Argyll Street and London Road - see post below dated 06 January 2021.
I am in the process of writing to my local councillors in the Calton ward which has its own problems, but the whole of the city centre is affected by this kind of anti-social behaviour and is the reason I am raising the issue directly with you as the Council Leader.
I would like to know what strategy the Council is developing to tackle the problem and how local people can play their part in stamping this out going forwards.
Kind regards
Mark Irvine 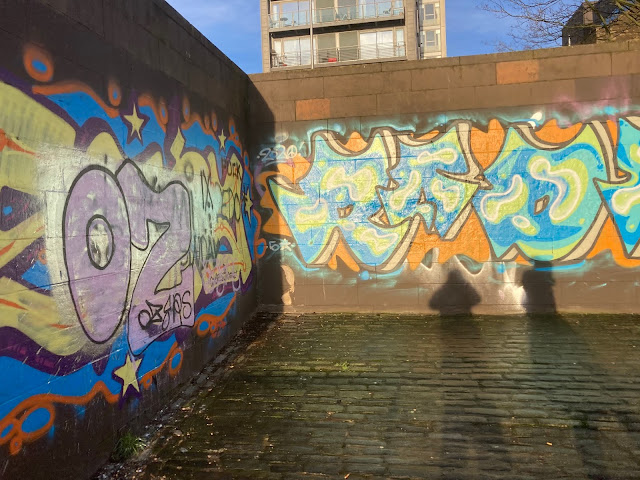 Glasgow city centre has a real and growing problem with graffiti - lots of buildings have been spray painted and the area around South Portland Street suspension bridge is a real eyesore these days.
In my experience this kind of wanton vandalism just gets worse, if everyone turns an blind eye to the problem.
So I hope Glasgow council has a strategy for cleaning up the city's streets and for tracking down people who think this kind of moronic behaviour is just harmless fun. 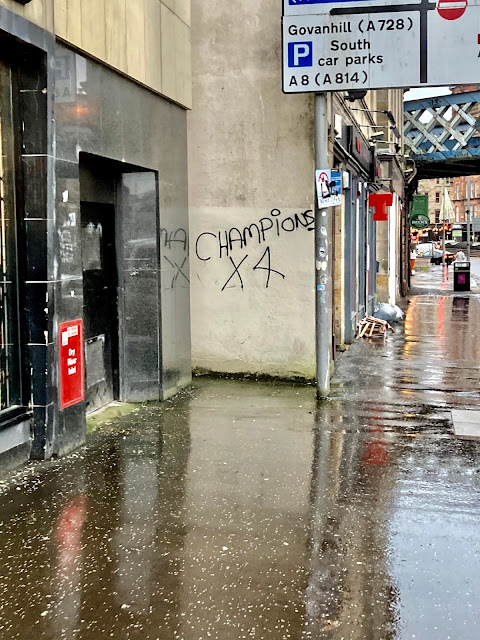 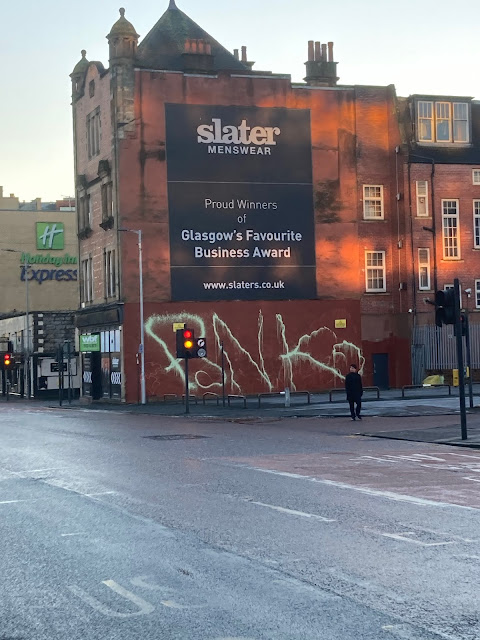 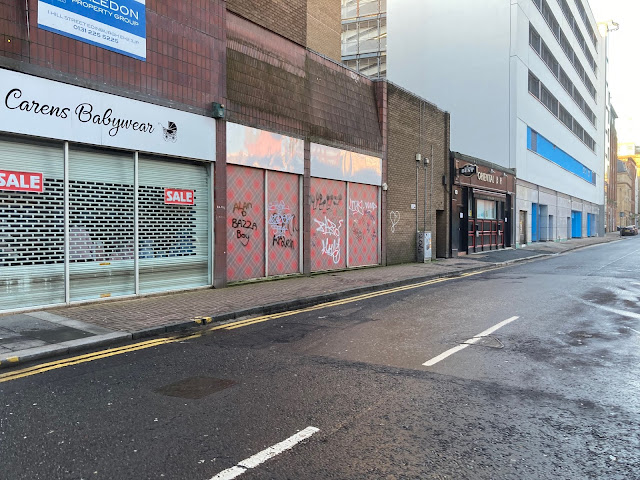 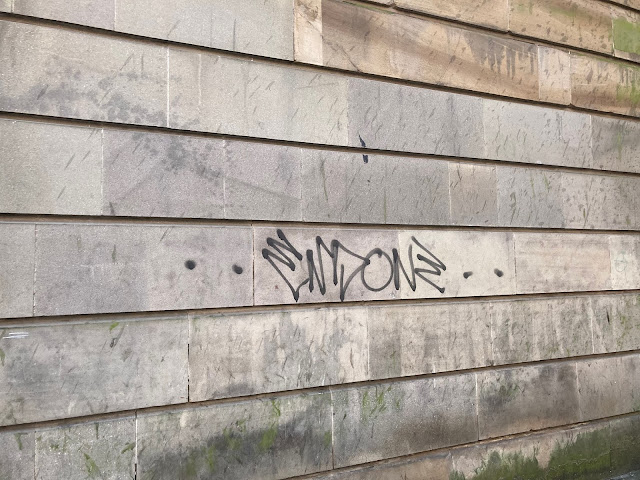 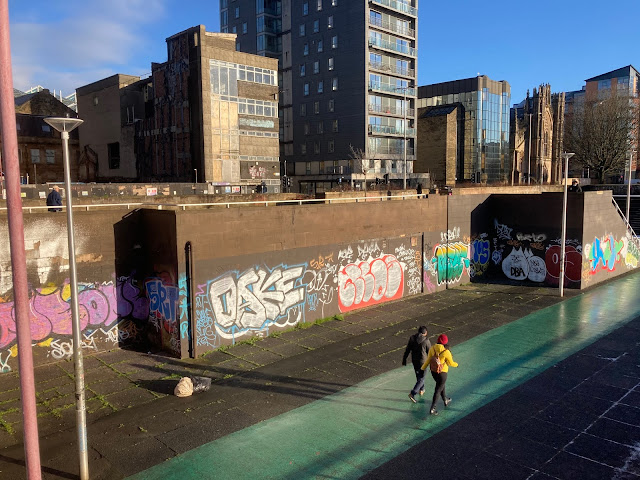 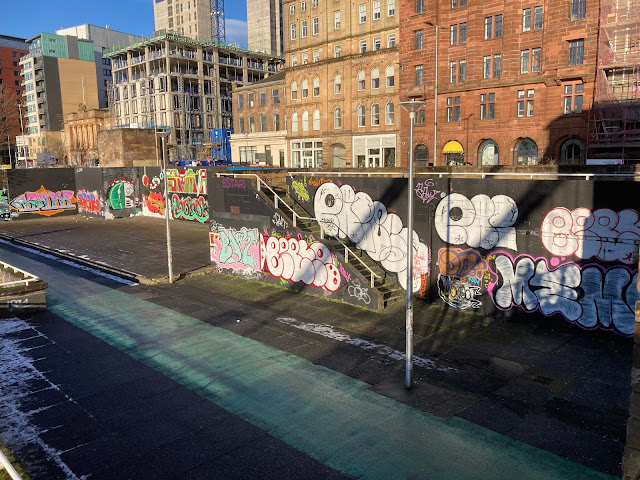 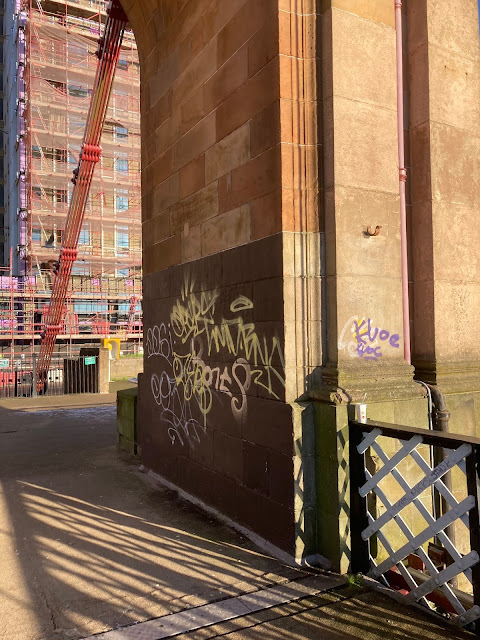 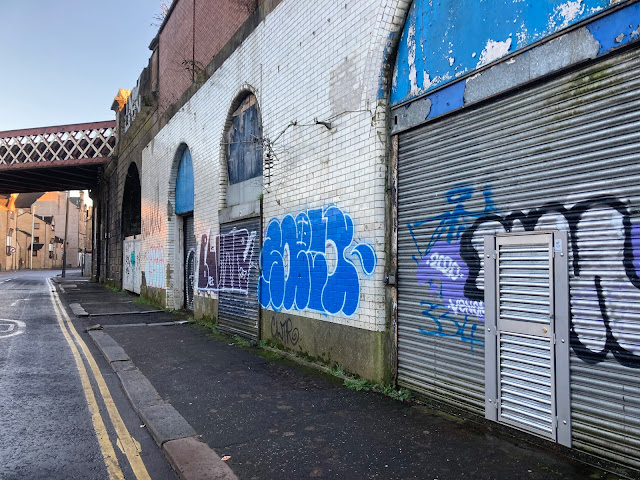