Everyday Misogyny and the SNP

A woman updates on the court case of a man who threatened her (having been through this a lot). Another man says: pic.twitter.com/rT98N5KiJL

I find it astonishing that a grown man thinks it's perfectly OK to speak this way on social media about a widely respected woman MP who has strong views on gender ideology.

Maybe SNP leaders taken action by now, as the tweeter claims to be a party member.

I do hope so because as the party of government the SNP have a duty to set an example and not to normalise by ignoring this vile behaviour. 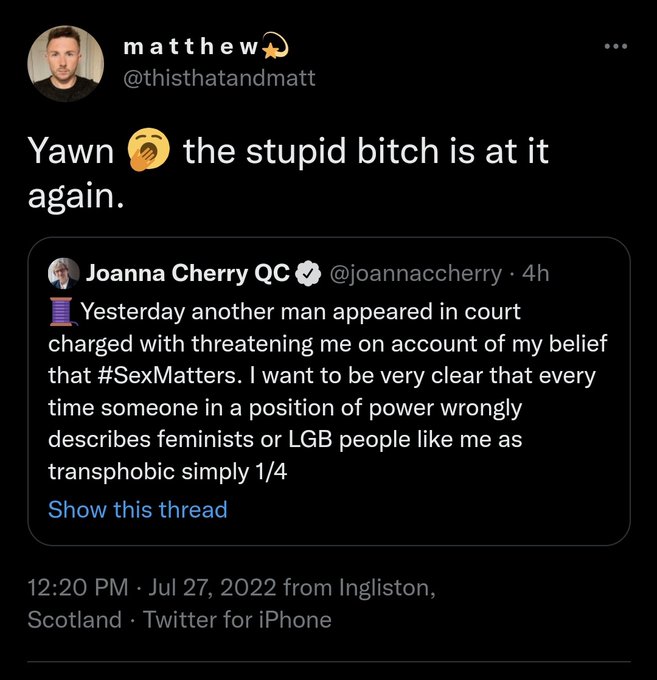 Imagine talking this way about a widely respected woman politician - if he is a party member, the SNP ought to make an example him. 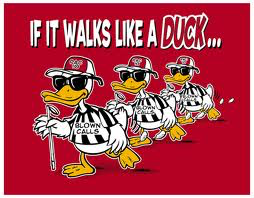