Beyond The Fringe - Beyond A Joke!

The Edinburgh Festival looks terribly parochial after the embarrassing decision to cancel Jerry Sadowitz's stand-up show at The Pleasance.

Apparently staff on duty at the venue (EICC) felt they had some right to complain as well as people who paid good money for a ticket before having a big enough brass neck to say they were offended by his routine.

I do hope Sadowitz sues the arse off the organisers because that would be really funny - magic even! 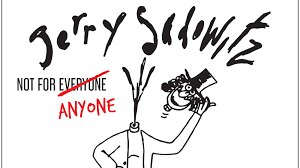