SNP - Taking Us All For Fools

Clackmannanshire may be Scotland's smallest mainland council, but it's up there with Glasgow as an example of how to bring local government and local democracy into disrepute.

The role of council leader is designated as a full-time job, but incredibly the SNP leader of Clackmannanshire Council, Cllr Ellen Forson, also acts as the Office Manager to the local SNP MSP - Keith Brown who also happens to be the Scottish Government's justice minister.

Despite the fact that their employees were also carrying out full-time roles and being paid full-time salaries for their respective councils.

Now if something walks like a duck and quacks like a duck, I tend to call it a duck and in this case all the evidence says that SNP MSPs have been misusing public money, as part of a well organised racket, to employ friends and political allies.

Here's a letter I've sent to the Leader of Clackmannanshire Council which refers to the Nolan principles on standards in public life.

Clackmannanshire Council - Senior Councillors' Salary Scheme
I refer to Clackmannanshire Council's register of interests and the section dealing with Remuneration in which you declare a second paid role as Office Manager for Keith Brown, the SNP MSP for Clackmannanshire and Dunblane.
As you may know, I have raised the issue of how public money is being used/misused in Clackmannanshire Council with Scottish Ministers, as I cannot see how an elected councillor with a full-time commitment can hold down a second paid job which makes significant demands on their time.
The salary scales for councillors in Scotland are laid down by a national scheme and senior councillor roles are designated as full-time because of their additional responsibilities. The scheme covers variety of positions in Clackmannanshire Council, including your own as Council Leader, which I understand was paid a salary of £29,760 (plus expenses) in 2020/21.
I would be grateful if you could answer the following questions about your elected member role and your second job in Keith Brown's constituency office:
1) What is the nature of your role in Keith Brown's office?
2) What time commitment is involved over a typical day, week and month - and when was this time commitment last reviewed and/or changed?
3) When were you appointed

to the post of Office Manager?
4) What hourly rate or salary scale applied to the post of Office Manager?
5) Given that your position as council convener role is designated as a full-time role and paid accordingly, can you explain how you were able to perform effectively in these two jobs at the same time?
I realise I am not one of your local constituents, but as these matters relate to your role as Council Leader I am sure you agree that the issues I am raising with you are legitimate and fair, as they relate to the use of public money and the Nolan principles regarding standards in public life.
I look forward to hearing from you soon.
Kind regards
Mark Irvine 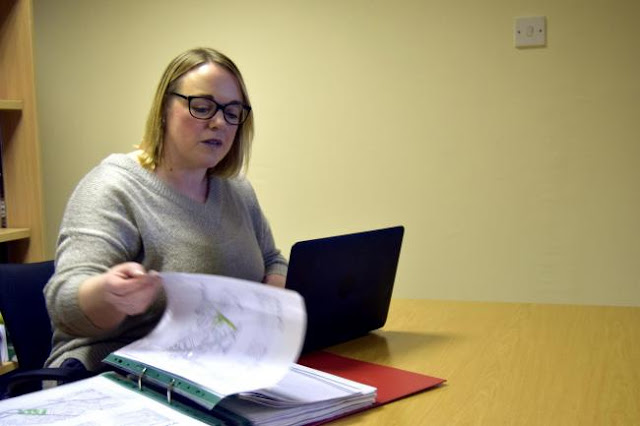 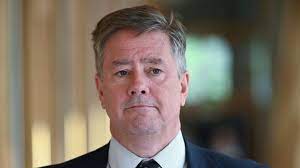