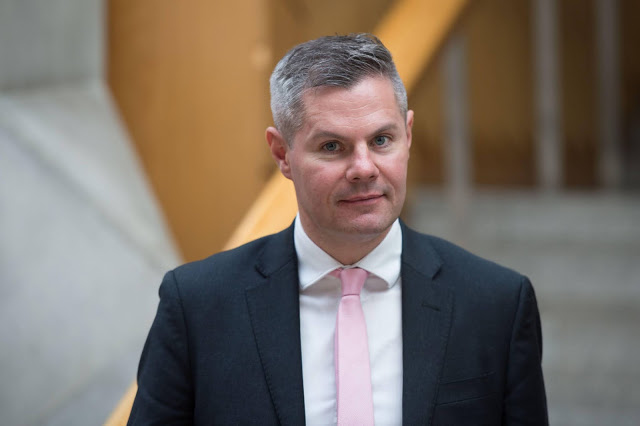 The Times reports that the former finance minister Derek Mackay had his counselling fees paid by the SNP after he was forced to resign his cabinet post back in February.

An SNP spokesman told the newspaper:

“Like any responsible organisation, the SNP has a duty of care to people. However, everyone has a right to privacy when it comes to their health and it would be inappropriate to comment further.”

The difference in Derek Mackay's treatment compared to Margaret Ferrier's is quite remarkable if you ask me.

For example, the SNP have not demanded publicly that Mackay must resign from his day job as an Member of the Scottish Parliament - and Mackay remains suspended from the party instead of being held to account for his behaviour. 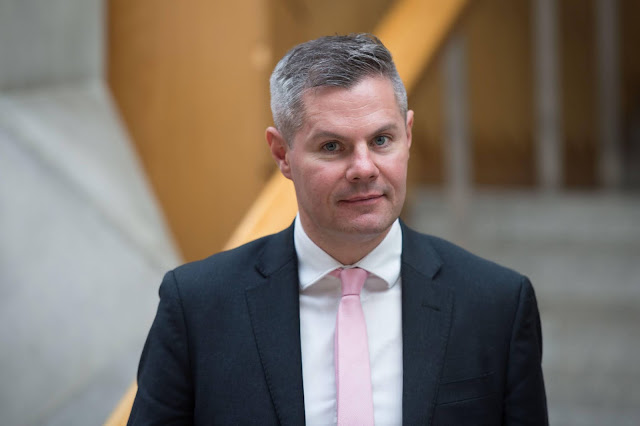 The SNP have gone rather quiet about their former Finance Minister Derek Mackay who was forced to resign earlier this year after a scandal involving social media and a 16 year old schoolboy.

Despite not being seen at Holyrood since February Mr Mackay continues to draw his MSP's salary of £64,000 and has also submitted expenses claims for accommodation in Edinburgh, according to the report below from the BBC.

At the moment there is no 'power of recall' over Members of the Scottish Parliament though MPs at Westminster can be held to account and forced to face a by-election, if they are found guilty of wrongdoing.

So while the SNP's Margaret Ferrier was publicly denounced and thrown under the bus by her former friends and political allies Derek Mackay, by comparison, has been treated with kid gloves.

Derek Mackay has continued to claim expenses for accommodation in Edinburgh despite not having been seen at the Scottish Parliament since quitting as finance secretary in February.

Mr Mackay stepped down after admitting he "behaved foolishly" by messaging a 16-year-old boy on social media.

He is now an independent MSP having been suspended from the SNP, and has not taken part in any debates or votes.

However, he claimed for accommodation in Edinburgh for 10 days in July.

A spokesman for Mr Mackay said the expenditure "complies with Scottish Parliament allowance rules" and "covered the notice period and requirements of terminating the accommodation tenancy".

He added: "Mr Mackay's Renfrewshire North and West constituency office is continuing to operate remotely, in line with the Scottish government's coronavirus guidance, in dealing with casework and making representations on behalf of constituents."

Expenses records covering the period directly after Mr Mackay's resignation are yet to be published by the parliament, but BBC Scotland has seen claims filed by the Renfrewshire North and West MSP for rent totalling £327.10 in early July.

Holyrood was in recess at the time, although members did sit on one of the 10 days involved for Nicola Sturgeon to update them on the coronavirus pandemic.

As a current MSP Mr Mackay is entitled to claim an "Edinburgh accommodation provision" and there is no rule that he must attend parliament to do so.

However records show he has not taken any part in formal proceedings since he quit the government in February.

The Scottish Sun newspaper revealed hours before Mr Mackay was due to set out the Holyrood budget that he had sent hundreds of messages to a teenage boy over a six-month period.

He issued a statement apologising "unreservedly" to the boy and resigned from his cabinet post.

Police later concluded that there was "nothing to suggest that an offence has been committed", and the SNP suggested in March that the MSP was "under medical supervision".

Scottish Conservative MSP Graham Simpson said Mr Mackay's constituents would be appalled that he was claiming money for accommodation in Edinburgh despite not turning up to parliament and working for them.

"It shows exactly why we need my Mackay's Law to be put into legislation in order to oust MSPs like him who shun their responsibilities to the public," he said.