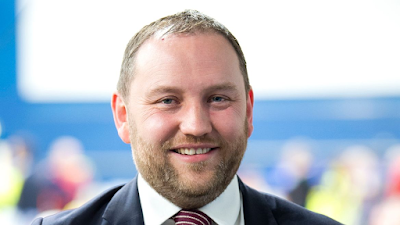 I'll be watching the Celtic vs Rangers match in a couple of hours which will be an interesting experience with no fans inside the stadium.
Speaking personally, the game will be a welcome diversion from the monotony of life under Glasgow's latest version of 'lockdown lite'.
Yet from a public health standpoint I have to say I agree with Labour's Ian Murray who called for the match to be postponed because of the recent big spike in Covid-19 cases, in and around Glasgow.
If you ask me, there's no doubt that lots of Old Firm fans will gather in other private households to watch the game, despite being urged to stay in their own homes.
The fact that a relatively small number of idiots will behave in this way is neither here nor there because that's the nub of the problem - it only takes small numbers of people to behave irresponsibly for the virus to keep spreading.
But read the reports below via the links to the Daily Record and BBC Scotland, and decide for yourself.
https://www.dailyrecord.co.uk/news/politics/nicola-sturgeon-should-postpone-rangers-22855012

Ian Murray, the Labour Shadow Secretary of State for Scotland, has called for Saturday's Old Firm derby to be postponed amid fears that fans will break covid lockdown to see the match.

Saturday’s Celtic vs Rangers game should be postponed as matter of public safety during the coronavirus lockdown, Labour’s Ian Murray MP has said.

The Shadow Secretary of State for Scotland called on Nicola Sturgeon to ban the game amid fears that fans will travel from Glasgow to Blackpool pubs or congregate in private homes in breach of guidelines designed to stop the spread of the virus.

Football fans have been urged to abide by local lockdown restrictions and watch the Old Firm match at home.

The managers of Celtic and Rangers have joined First Minister Nicola Sturgeon in appealing to their supporters to help curb the spread of the virus.

Fans who flout rules on households mixing are "putting others at risk", one public health chief warned.

And those hoping to watch the game in Blackpool pubs were warned there would be a high police presence in the town.

Celtic are due to play Rangers at Celtic Park at 12:30.

The Scottish Premiership clash will take place in an empty stadium due to coronavirus restrictions which ban crowds from watching live sport.

It will be televised but pubs in the central belt are currently closed due to the pandemic.

She added: "Nobody likes the fact that these restrictions have to be in place but they are vital to protecting all of us and keeping us safe.

"So please comply with restrictions - by doing that you will be playing your part in helping us get the virus under control and you'll be helping hasten the day when we can all watch and enjoy the things that we love doing, whether that's football or the many things that we find ourselves not able to do normally."

During the same briefing, she announced there had been nine more deaths of coronavirus patients recorded in the previous 24 hours, bringing the total number of fatalities under this measure to 2,594.

A total of 1,196 people tested positive for coronavirus over the same time period, while the number of people being admitted to hospital with the virus is increasing.

Temporary restrictions to bring the outbreak back under control in the central belt have led to the closure of most licensed premises in the Greater Glasgow and Clyde, Lanarkshire, Lothian, Forth Valley and Ayrshire and Arran NHS boards.

Those living in these areas have been warned not to travel to other parts of Scotland or to areas in England where such restrictions are not in force.

Earlier this week the first minister said football fans should avoid going to Blackpool, after about 180 people with coronavirus told contact tracers that they had recently been to holiday resort.

Police in Lancashire have echoed her plea. 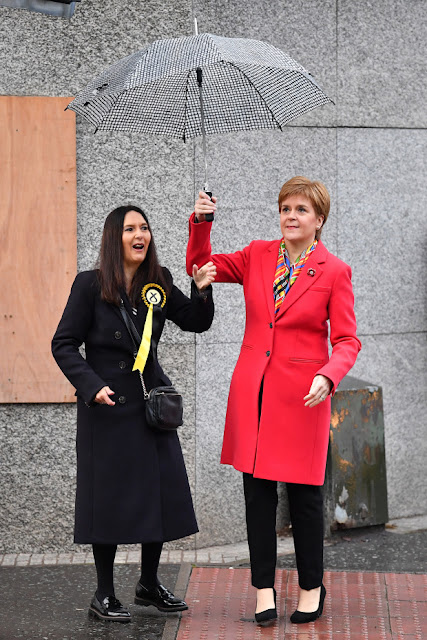 The Clerk of the House of Commons, Dr John Benger, has been asked whether the Covid guidelines should be 'idiot-proofed' following claims made by Margaret Ferrier that she was abiding by the rules in travelling back to Glasgow from London knowing she had tested positive for the Coronavirus.
Dr Benger responded forcefully by saying:

"I can't comment on the Margaret Ferrier case for obvious reasons.

"What I would say is that we have a helpline and if anyone's in any doubt at all, they can ring the helpline and get advice, very rapidly on what guidance should be followed.

"If anyone had any uncertainty about what they were supposed to do in the event that they were tested, or had come into contact with someone who is self isolating, we have helplines available for that."
Exactly and Margaret Ferrier was obviously in touch with her SNP colleagues at Westminster before deciding to jump on a train back to Glasgow, so her claim to have followed the guidelines is complete nonsense as is the pathetic excuse that Covid-19 somehow 'addled her brain'.
Read the full story via the link below to The Herald. 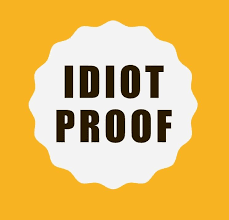 So Margaret Ferrier has spoken and the SNP MP insists that she will not be standing down as the Member of Parliament for Rutherglen and Hamilton West.
I can't say I'm surprised because Margaret is just following in the footsteps of other powerful SNP politicians including:
1) Derek Mackay - the 43 year old former SNP finance minister who was forced to resign after sending a 16 year old boy a series of unsolicited text messages
2) John Swinney - Nicola Sturgeon's deputy and education minister who stayed in post after presiding over the cancellation and fiasco of Scotland's 2020 school exams results
3) Jeanne Freeman - Scotland's failing health minister who has already announced her retirement in 2021 after being accused of throwing Scotland's  care homes 'under the bus' during the Coronavirus epidemic.
4) Nicola Sturgeon - whose husband (Peer Murrell) is implicated in the Alex Salmond affair and who conducted a behind the scenes dialogue with the former First Minister while his conduct was under official investigation by the Scottish Government.
Margaret Ferrier says that she panicked at the prospect of having to quarantine in London which is as laughable as it sounds.
Especially as Margaret was first elected as an MP back as 2015 yet she failed to seek advice and support from the House of Commons authorities, or SNP colleagues at Westminster, before jumping on the first train back to Glasgow after testing positive for Covid-19.
But read the report below via the link to the Scottish Sun and decide for yourself - I'm just left wondering if Margaret was paid for her 'exclusive' story in the Sun.
https://www.thescottishsun.co.uk/news/scottish-news/6145883/margaret-ferrier-coronavirus-snp-wont-quit/ 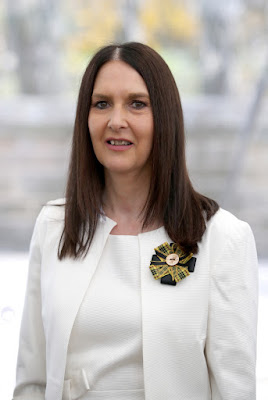 But, despite being suspend­ed by the SNP, Ms Ferrier, 60, insisted: “I’m continuing to work hard.”

The under-fire MP has told how she “panicked” after finding out she had coronavirus — and took a 350-mile train trip back to Scotland.

The SNP politician said having the killer bug made her “act out of character” as she defended her earlier decision to travel to London and speak in Parliament after showing symptoms and taking a test.

She revealed she got the shock news of her positive result in her Westminster office after taking part in a House of Commons debate.

Ms Ferrier told The Scottish Sun on Sunday she was stunned to find out she was infected as her “tickly throat” had disappeared by then. 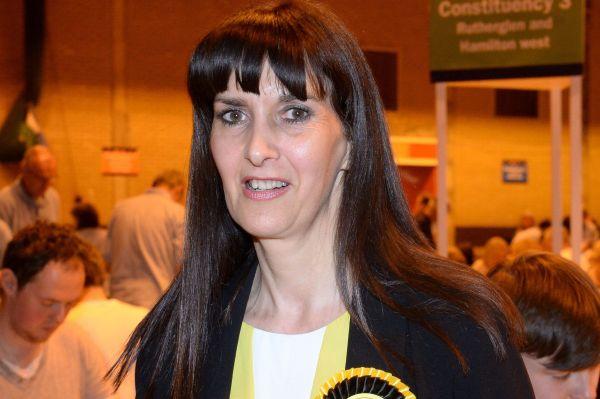 Nicola Sturgeon was apparently struggling yesterday to understand why one of her MPs (Margaret Ferrier) 'did what she did' in travelling back and forward to London with the suspicion, then certain knowledge that she was carrying the highly infectious Coronavirus.

Now unlike the rest of us the First Minister has had the opportunity of putting this very question to the MP for Rutherglen and Hamilton West, but I for one would like to hear what Margaret Ferrier has to say for herself.

After all she is in a very highly paid (£75,000 a year), responsible job and she was selected by the SNP to fight her Lanarkshire seat on two separate occasions which has to mean that the SNP leadership does not believe that her head 'button's up the back'.

So I would be very interested to know what possessed an experienced Member of Parliament to ignore all the official advice, along with all the daily briefings given by her party leader, before setting off on a kamikaze mission which looks like ruining her career.

Now I understand that the SNP leadership would like Margaret Ferrier to resign with immediate effect, as this would trigger a by-election, allow them to select a new candidate and forget this whole tawdry business ever happened, but there are bigger issues at stake.

Once Margaret Ferrier has recovered from the effects of Covid-19 I think she should be invited to spell out how she got herself into this terrible mess because both Margaret and the SNP owe the public a better explanation than just throwing one of their members under the bus. 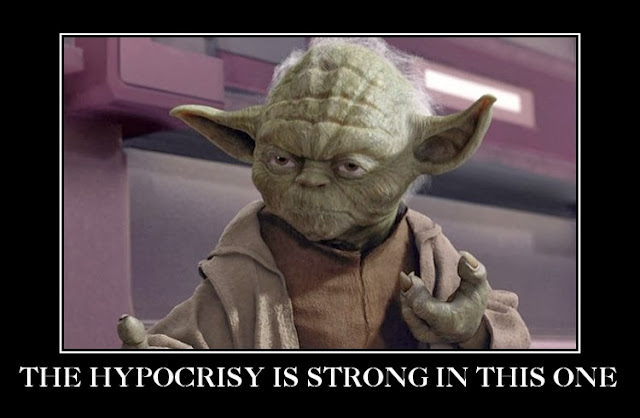 The SNP's Margaret Ferrier called on the Prime Minister's adviser Dominic Cummings to resign for breaking the rules on traveling during the Coronavirus lockdown.
Yet the Rutherglen MP travelled back and forward to London while experiencing Covid-19 symptoms and awaiting the results of a test which turned out to be positive.

I'm sure this will merit a mention at the First Minister's daily press briefings, but given the seriousness of the situation I suspect it deserves a full statement in the House of Commons and the Scottish Parliament.

By Hannah Rodger - The Herald

AN SNP MP has admitted breaking lockdown rules by travelling back and forth between Scotland and London by train while positive for coronavirus.

The Rutherglen MP, who previously called for Dominic Cummings to resign over his Barnard Castle trip, has issued an apology for her actions on social media.
Posted by Mark Irvine at 02:47