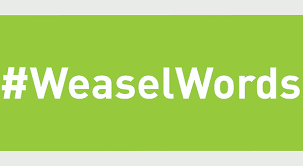 Here's a opinion piece from Devi Sridhar who is a member of the Scottish Government's Covid-19 advisory group.

I completely agree with the main thrust of her argument that continual lockdowns are not the way to bring Covid under control.

But virtually every criticism Professor Sridhar makes of the UK Government can be levelled at the Scottish Government in Edinburgh as well.

I wonder why the Prof is so selective with her criticisms?

Countries such as Vietnam and New Zealand are reopening due to robust strategies. When will we learn from them? 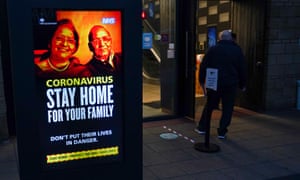 In April, cafes and restaurants opened in Vietnam full of bustle and life. In July, 10,000 baseball fans attended a match in a stadium in Taiwan. In August, thousands packed together for a music concert at the Wuhan Maya Beach Water Park in China. And this month, rugby internationals are going ahead in New Zealand with stadiums at full capacity.

Daily life within these places has largely returned to normal. Compared to other countries, they have faced minimal economic damage. In fact, Taiwan never even had a lockdown, while lockdown measures in Vietnam, New Zealand and China were early, short and sharp. Out of a population of 1.4bn people, China has only suffered 4,634 Covid-19 deaths; Vietnam, Taiwan and New Zealand together have had 67. How are these countries keeping Covid-19 under control, their health services running, and their economies and societies afloat?
That’s the question we should all be asking. Instead, seven months into this crisis, the UK remains stuck in endless cycles of lockdown measures, its media still fixated on paralysing debates about how serious the virus really is and what the optimal strategy for addressing it should be.

The UK initially made the mistake of treating coronavirus like flu. It was late to lock down, initially allowing the virus to spread through the population like a common cold. Once the severity of the virus became clear and the government enforced a lockdown, it squandered time and instead waited to see what would happen.

Over the course of the past few months, the case numbers have gone up and down. During the summer, the UK appeared to have crushed the curve and brought its R number under control. But rather than replacing harsh lockdown measures with a functioning testing and tracing strategy, switching from quarantining the population to only quarantining those who had been exposed to the virus, the UK lifted restrictions without an effective fallback. Meanwhile, the government actively encouraged people to go abroad on holidays, meaning the virus was continually reimported to the country, setting off new chains of infection when those people returned.

For the government, the purpose of lockdown seemed to be simply that: lock the country down and hope the problem would go away. But lockdown itself doesn’t fundamentally change the virus or its trajectory. It just buys us time. And as time went on, fatigue and anger set in. People started to equate suppressing the virus with staying at home and shutting businesses. The alarm bells began to ring: could the cost of these measures be higher than the toll of the virus itself? Should the lives of millions be constrained just to prevent the deaths of thousands?

It’s no surprise that those offering easy, compelling solutions – “You can have your life back by Christmas”; “It’s either the economy or health”; “This virus is practically harmless to those under 55” – have found a willing audience in a frustrated and fatigued society. Many of these arguments can be grouped together under terms such as “herd immunity”, “focused protection” or “shielding the vulnerable”. If the virus is seemingly only a risk to the elderly or those with preexisting conditions, they argue, why not shield the vulnerable and let everyone else get on with normal life?

Unfortunately, there are no such easy solutions. This plan may sound good on the surface, but it encounters deep problems in practice. It wouldn’t just be vulnerable people who had to shield, but their household members and those with whom they’re in regular contact. And how do you distinguish the vulnerable from the healthy? This isn’t just about age – Covid is proven to have worse outcomes in people who are overweight, of particular ethnicities, or have preexisting conditions they may not even be aware of.

We’re only just beginning to understand the effects of the virus on people with even mild cases. Covid-19 doesn’t just attack the lungs; it also affects the kidneys, liver and blood vessels, and may attack the brain. It can cause long-term problems for young and previously healthy people, such that “long Covid” is now recognised as a condition by the NHS.

Another problem is that immunity to coronaviruses wanes quickly and reinfection is possible. “Herd immunity” is illusory – we have no idea whether immunity from Covid is long-lasting, so it’s unlikely we’d reach a position where people who were shielding could safely emerge. After decades, we don’t have herd immunity to cholera, yellow fever, polio, measles, TB, malaria or plague. Public health measures were used to control their spread until vaccines or elimination strategies were developed. In fact, malaria was endemic in parts of the United States until the newly created Centers for Disease Control enacted a massive federal public health campaign to eliminate the disease in the early 1950s. We only reached herd immunity to measles with a vaccine. Similar stories can be told for many of the pathogens that have plagued humanity.

So, what are the strategies to deal with coronavirus before an effective vaccine arrives? The answer cannot just be locking down continually, given the large economic and social costs this involves. A recent Lancet peer-reviewed paper, which I co-authored, examined international lessons from easing lockdown and identified three key elements that are essential for bringing the virus under control.

Most important is a robust system for testing, tracing and isolating, where test results are returned within 24 hours, at least 80% of people’s contacts are reached and there is high adherence to a rule of 14 days’ isolation for those exposed to the virus. Strong public health guidance on avoiding the virus at any age is needed, encouraging people to get outside as much as possible, to avoid indoor, crowded and poorly ventilated spaces, and to use face coverings and distancing wherever possible. And we need strict border measures to prevent the virus from being reimported, instead of our current system that is lax and poorly monitored.

This pandemic is still in its first or second chapter. Waiting for the virus to magically disappear, allowing it to run its course through society, or imposing continual lockdown measures without a clear strategy beyond waiting for a vaccine are all suboptimal choices that will damage our health, our economy and our society. At what stage will Britain look towards east Asia and the Pacific and say, “We want what they have”? At what point will we learn from their playbook: suppressing the virus, opening up the economy and regaining a semblance of normality in our daily lives?

• Prof Devi Sridhar is chair of global public health at the University of Edinburgh
Posted by Mark Irvine at 00:49