How Many SNP Beans Make Five in North Lanarkshire?

I may have to amend my earlier post which suggested that Cllr Allan Stubbs is a backbench SNP councillor who is paid a part-time (two-thirds of full-time) salary of £19,571 a year or @£16 per hour.

Because the Times article says that Cllr Stubb's became convener of housing in May 2022, so he may well be paid an enhanced salary as a senior councillor - on top of his other two jobs with Fulton McGregor, the SNP MSP and Police Scotland.

"Stubbs was appointed convener of North Lanarkshire council’s housing committee after the SNP took control of the authority following May’s local elections."
Curiouser and curiouser, as they say - are there more hours in a day in North Lanarkshire than in the rest of Scotland, by any chance? 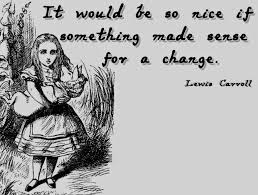 Now here's a very interesting story about an SNP councillor in North Lanarkshire.

The Times reports that Cllr Stubbs is also employed part-time by Fulton McGregor, a local SNP MSP, while holding down another job with Police Scotland.

So how does this work exactly?

Because Cllr Stubbs is paid a minimum of £19,571 for his part-time, 24 hours a week council role (I assume he's not a senior councillor) and enjoys another undisclosed public salary working for Fulton McGregor MSP.

Now that must take Cllr Stubbs up to or beyond full-time hours (34/35 per week) - yet he has another publicly paid job with Police Scotland.

All sounds very odd to me - like a repeat of the situation in Glasgow where former SNP councillor Mhairi Hunter had 3 jobs: as a senior (full-time) councillor with GCC, another as an aide to Nicola Sturgeon and a third with Greater Glasgow & Clyde Health Board.

So who is looking out for the public interest and the public purse while all this is going on - the SNP, North Lanarkshire Council or Police Scotland?