"Right now, at Ferguson's shipyards on the Clyde, we are signing the contract for two new ferries - and they will receive that award from the Scottish Government" - SNP minister Derek Mackay, October 2015

Derek Mackay speaking at an SNP conference on behalf of the Scottish Government in 2015 - cheered to the echo by fellow ministers, of course. update 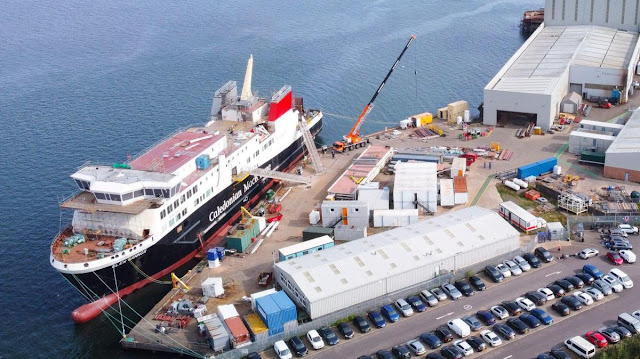