ScotGov - 'Yes Minister' Without The Laughs

Audit Scotland's view appears to be that there was highly likely to be a ministerial direction, but that it was not "formal" and wasn't recorded...https://t.co/GCWJkRu0hW

The fact is that after 15 years of the SNP Scottish Ministers have cowed civil servants into highly unprofessional and unethical ways of working, eg failing to take notes or keep records of important ministerial meetings and decisions.

'Yes Minister' without the laughs! 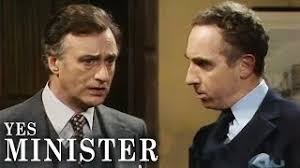