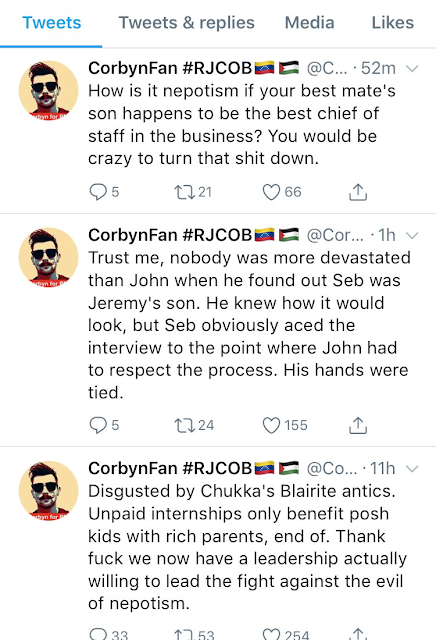 I laughed my head off at this Twitter post from a spoof Corbyn fan who mocks the faux outrage of Corbynistas who are apparently up in arms about a Labour MP's internship - while turning a blind eye to blatant nepotism at Labour HQ.

As I was writing my post about the runners and riders to fill the post of Labour Party general secretary, I was struck by the following question:

"Is the daughter of Len McCluskey who is reported to be working in Jeremy Corbyn's office, the child he had with Jennie Formby?

Jennie Formby is the former political director of Unite and is reportedly one of the favourites to become the new general secretary.

It's all becoming a bit 'incestuous' if you ask me, and few people really know what's going on because these wheels within wheels are seldom reported in the mainstream media.


I came across this Twitter post which deserves a much wider audience, assuming the claims made are accurate.

I dropped a note to Jeremy Corbyn days ago asking him if the tweet is accurate, but as the Labour leader has not responded I think it's fair to assume the figures are correct.

Now this looks like the height of hypocrisy if you ask me - a classic case of saying one thing and then doing another - when it comes to equal opportunities recruitment and employing the best person for a job.

I suppose the saving grace is that if the offspring of these Labour 'leftists' all went to university, they will all now be able to start paying off their student fees courtesy of their generous public sector salaries.

But wait, their dads are planning to abolish student fees and wipe out student debt - in response to the nauseating 'entitlement rage' from the country's professional middle classes. 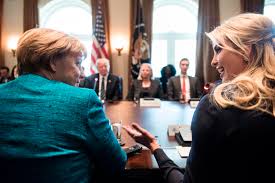 Donald Trump clearly has a weird relationship with his daughter Ivanka who seems to have moved beyond the unprecedented 'First Daughter' role into one where Ivanka regularly sits at the same table as international politicians and visiting heads of state.

In this photo Ivanka is seated next to the German Chancellor Angela Merkel and while she seems to be displaying far better manners and social skills that her boorish father, the truth is that the President's daughter has no right to be there.

Unless, of course, you believe that Donald Trump should be able to use the White House and his presidency, quite shamelessly, to promote his family and business interests. 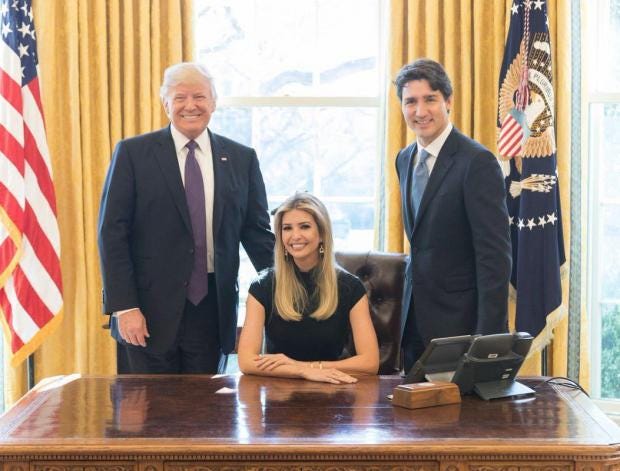 Here's a lovely photo of a dad and his daughter.

Except for the fact that the daughter is a well-known businesswomen who is exploiting his position as President by arranging a photo-shoot in the White House with the Prime Minister of Canada, Justin Trudeau.

Americans may rue the day they allowed their 45th President to turn the presidency into a political version of 'Keeping Up with the Kardashians' as the action switches from Pennsylvania Avenue to Donald Trump's private beach resort in Mar-a-Lago to Trump Towers in New York where his wife Melania still lives.

And the laugh is that the bill for securing these different sites is all being met from public expense while Trump Enterprises enjoys the added bonus of free adverting and marketing for their private business interests.

The 'swamp' has never been healthier.

'All in the Family' was the American version of 'Till Death Do Us Part' which told the every day tale of a dysfunctional but likeable working class family headed up by an overbearing, narrow-minded bigot.

Alf Garnett was the male lead character in the UK programme and his doppelgänger in the United States was Archie Bunker.

Now there's nothing remotely working class about Donald Trump, of course, though he does appear to have certain things in common with Archie Bunker, as well as drawing inspiration from the American programme's All in the Family title.

What with his daughter Ivanka moving into the White House with her dad, Ivanka's husband Jared Kushner being handed a role as a Trump adviser and Trump's two sons (Eric and Donald Jr) taking over his business interests - Trump seems to have turned the Presidency into a real family affair.

Lucrative, I'm sure, but I doubt it's smart mover to have so many competing interests and family relationships surrounding the Presidency. 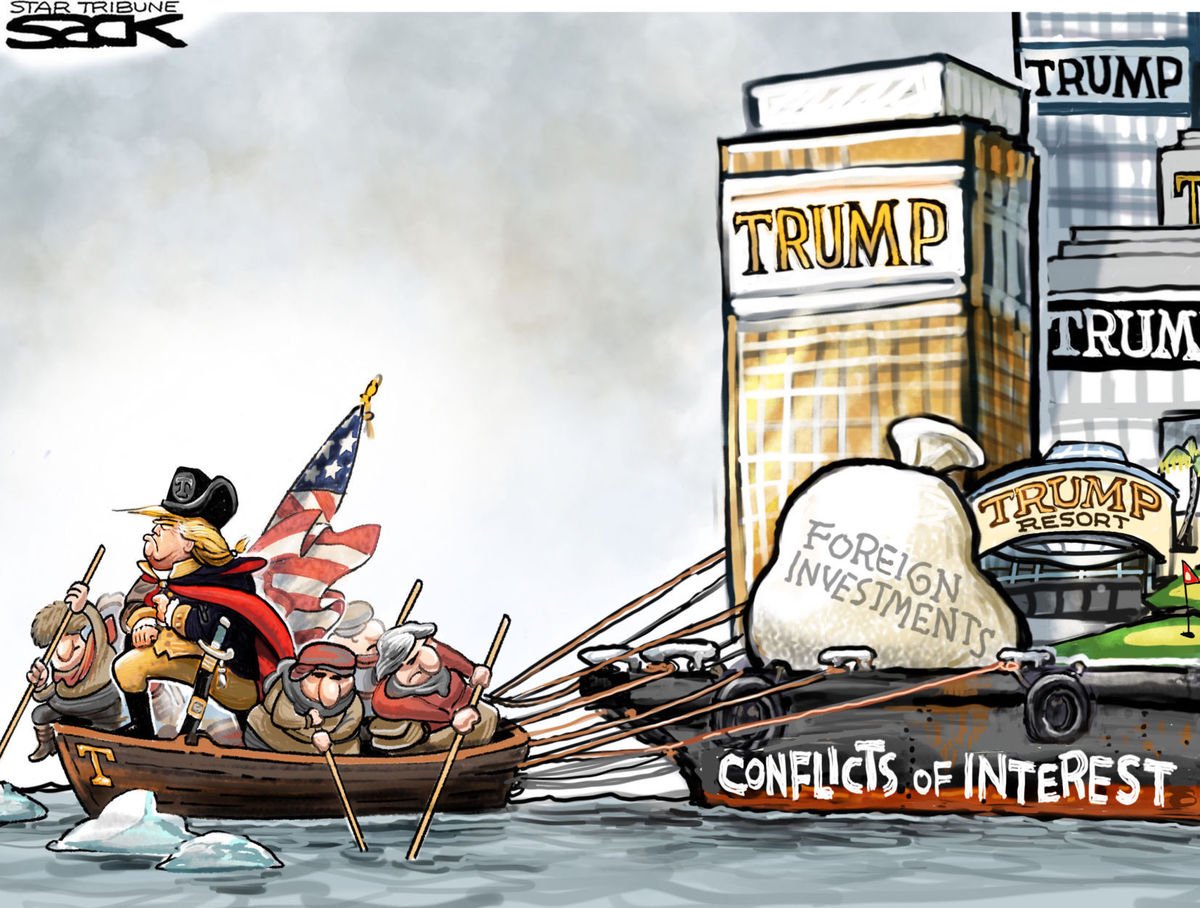