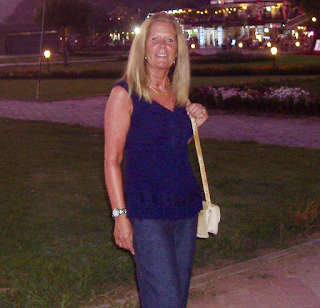 Before Glasgow's March and Rally for Equal Pay gets underway tomorrow (Tuesday 23rd) there will be a minute's silence for all of the claimants who have passed away since this long-running dispute began back in 2006/07.

Another incredibly young loss. Thanks to husband HUGH for sharing.

Comment from Husband Hugh McCartney
I find it astonishing that 12 years on from when the dispute began that Glasgow District Council have still to come to an agreement when other Councils have already settled their claims.

Agnes or Ann as she was called by everyone was one of the first to back the equal pay claim and also encouraged others to do the same.

She would be turning in her grave now to find that 4 years after her death, this claim has not been settled and that the council are still dragging negotiations out.

This is a scandal and Glasgow District Council should be ashamed of themselves.