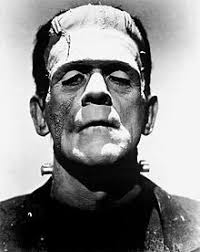 Here's a reminder from the blog site archive about the pay differences that have been operating under the City Council's 'unfair for purpose' WPBR pay scheme for the past 12 years - and counting.

The City Council has finally been persuaded to get rid of this discredited pay scheme, but the officials responsible for introducing the WPBR to Glasgow (back in 2007) claim that their intention, at the time, was to eliminate gender-based pay discrimination.

Now I don't think this claim stands up to scrutiny because a novice union rep, never mind an experienced lawyer, could tell you that the WPBR's '37 hour rule' is and was blatantly discriminatory, since it was clearly designed to disadvantage female dominated jobs.

If you ask me, the council workforce and the wider public are  entitled to a proper answer because it is down to appalling pay practices like the '37 hour rule' that Glasgow City Council finds itself in such an awful equal pay mess today. 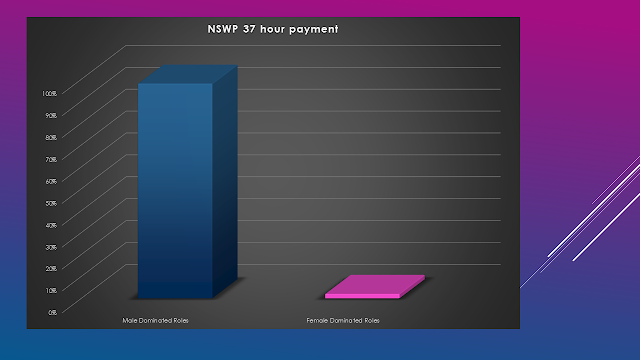 Here is the stark and shocking reality of how the 'rules' of the WPBR have been designed by Glasgow City Council to disadvantage female dominated jobs while favouring traditional male jobs.

The most notorious example is the completely invented '37 hour rule' and the accompanying overtime working practices which treat women workers as second class citizens.

Many Home Carers, for example, work more than 37 hours every week, but they are issued with separate contracts for working these additional hours so they don't qualify for premium, overtime rates.

If you ask me, the double standards built into the WPBR are completely indefensible which is why Glasgow's 'unfit for purpose' pay scheme has to go. 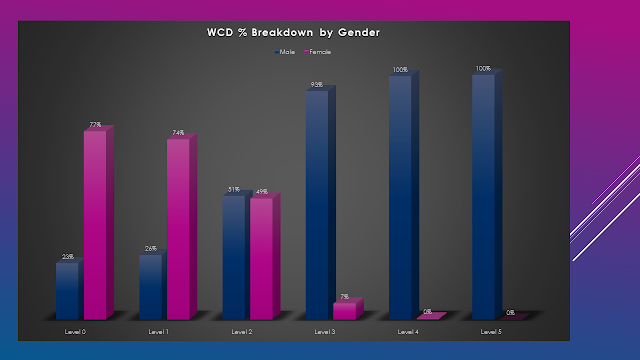 The position can be summarised as follows:
Yet another reason the Court of Session decided that Glasgow's WPBR is 'unfit for purpose' although the City Council's senior officials continue to disagree. 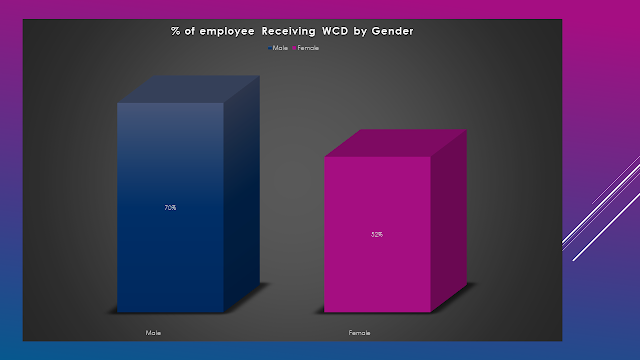 WCD (Working Context and Demands) is a method for 'topping up' the Core Pay of GCC employees and is based on 5 additional assessment criteria - over and above the 10 criteria used to determine a job's initial WPBR grade and Core Pay.

Again the 'rules' of WCD have been designed in such a way as to favour traditional male jobs.

Less than a third of women's jobs (just 32%) receive WCD payments despite the fact that women make up 70% of the City Council's workforce.

70% of men on the other hand receive WCD payments which is another sign that a 'hidden hand is at work.

Whoever designed and finally signed off on the WPBR spent a whole bunch of time ensuring that the 'rules' worked to the disadvantage of predominantly female jobs.

The final scheme must have been approved by senior council officials and/or a relevant committee of Glasgow City Council, but the WPBR is shrouded in secrecy despite being, by far, the most significant employment issue the City Council had ever faced, up until the time its introduction in January 2007. 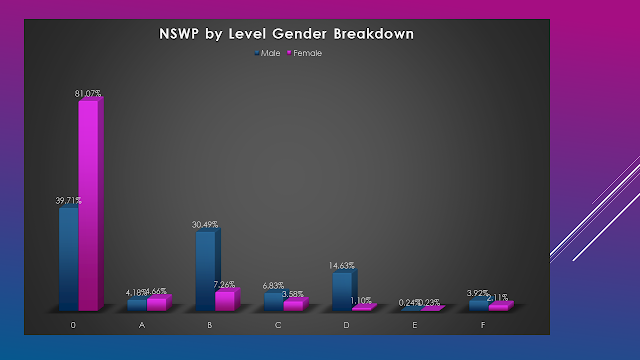 
So let me summarise the position as  follows:
Again it seems unarguable that the NSWP pay bands have been designed to work to the obvious disadvantage of female dominated jobs - there is no other explanation. 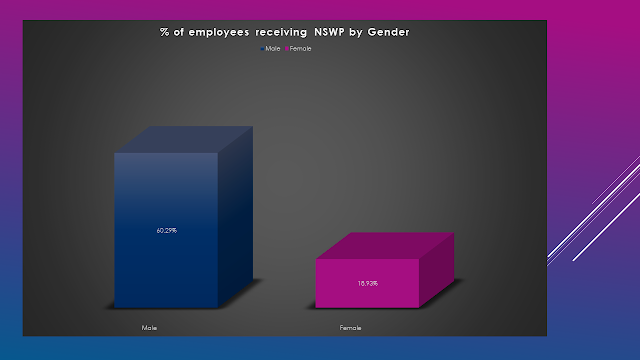 Here are some remarkable facts and figures about Glasgow's WPBR Pay Monster which was supposed to tackle the problem of widespread pay discrimination and unequal pay in the City Council's pre-WPBR pay arrangements.


What does this say about the WPBR other than the fact the at the WPBR Pay Monsters is a complete joke?

If you ask me, the invented 'rules' of the WPBR have been deliberately designed to favour traditional male jobs which is why the Court of Session, Scotland's highest civil court, judged the pay scheme to be 'unfit for purpose'.

Surely it is indefensible for Glasgow City Council's most senior officials to continue backing this cockamamy scheme. 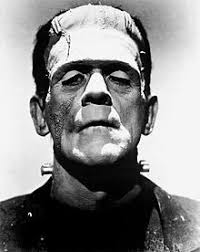 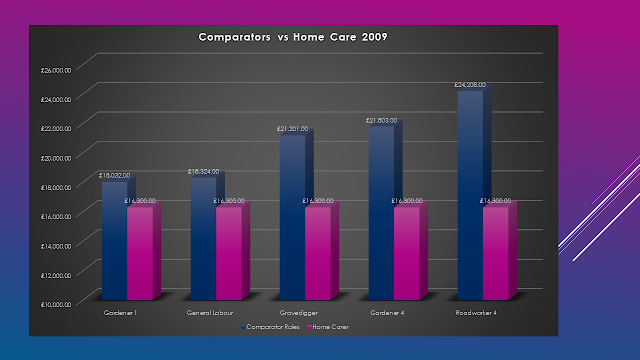 Just in case anyone thought that a Glasgow Road Worker enjoyed some great good fortune at the hands of the City Council's 'unfit for purpose' WPBR scheme - which resulted in a pay package worth more than £24,000 a year.

Here are several other traditional male jobs that were previously placed on a lower grade than a Home Carer, but which all leapfrogged over the Home Carers (who had previously been on a higher grade) as a result of the new, 'improved' and allegedly fairer WPBR pay arrangements.

The following examples are based on 2009 figures at the end of the WPBR protection period although the fact of the matter is that the higher pay of traditional male jobs continues to this day, i.e. into 2018.

So what senior officials in Glasgow are inviting employees (and the public) to believe is that a whole raft of traditional, unskilled male dominated jobs which require no qualifications, all of a sudden fared a great deal better under a new 'improved' WPBR pay scheme - than the city's Home Carers.

Always remembering that the WPBR was introduced, supposedly, to address the problem of 'unequal pay' and the widespread pay discrimination in Glasgow City Council's pre-WPBR pay structures.

Does your head button up the back, Glasgow?

Does the council workforce have any confidence in the senior officials responsible for overseeing the WPBR process?

I suspect the answer to both of these questions is a resounding 'NO', but tune in again soon for - Why Glasgow's WPBR Sucks (4) 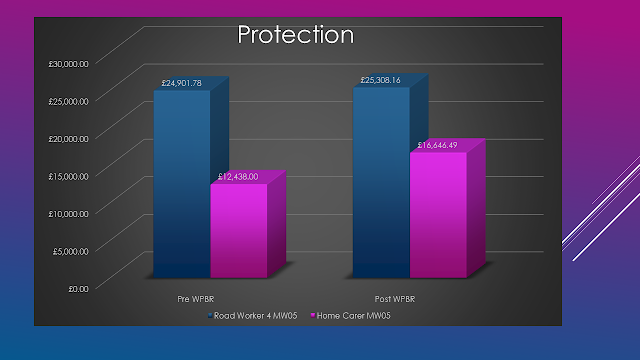 The table above shows the pay differences between a Home Carer (MW5) and a Road Worker (MW4) - both before and after the Glasgow City Council's infamous Workforce Pay and Benefits Review (WPBR) in 2007.

Now Home Carer on grade MW5, was on a higher grade on the male Road Worker on MW4  and that ought to have meant that the Home Carer was paid more than her male colleague - because the council's grading system awarded the Road Worker a lower grade.

However the pay reality (which had existed for years remember) was very different and the relative earnings of the two jobs was actually as follows:

So the pay difference narrowed after the introduction of the WPBR, but the Road Worker did much better out of the WPBR with all of its complicated and non-transparent 'rules' such as the NSWP which were designed to give a better outcome to traditional male jobs.

For a good example, look no further than the NSWP 37 hour 'rule' which pays £1,000 a year but only to jobs which are contracted to work 37 hours or more every week.

98% of council employees who are not contracted to work 37 hours or more every week - are women, of course.

The big question is - "How did a WPBR scheme which was supposed to tackle the widespread problem of 'unequal pay' and big, hidden bonuses - end up favouring Glasgow's City Council's traditional male jobs?"

Because after all has been said and done, Glasgow's 'unfit for purpose' WPBR rewards a Road Worker with almost £7,000 a year more than a Home Carer.

Not just that, of course, because back in 2005 senior City Council officials rushed in a compensation scheme which was capped at a total of just £9,000 when the real pay difference between a Home Carer and a Road Worker stood at £12,463.78 a year.

The council compensation scheme took no account of hours worked (i.e. overtime) and left many groups of workers out - even though they had perfectly valid claims.

Lots more to follow - so tune in again soon for 'Why Glasgow's WPBR Sucks (3)'. 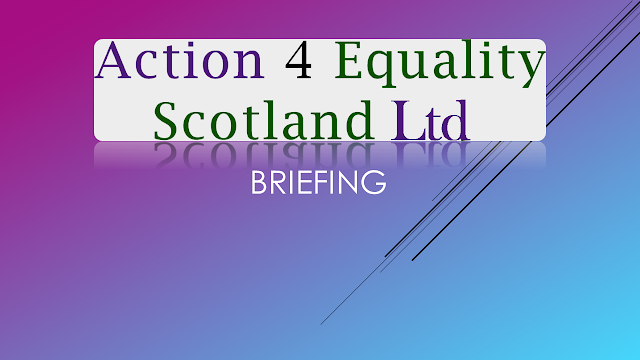 A group of claimants were present, along with representatives from Unison and GMB (the other claimant organisations) - Glasgow's constituency MSPs and MPs were all invited to attend along with to 'List' MSPs.

At that time 133 traditional male (comparator) jobs in Glasgow City Council enjoyed access to bonus schemes which boosted their basic pay by 50% or more.

The number of female dominated (claimant) jobs which enjoyed access to bonus schemes back in 2005 was - 0, zero, nada, none.


In other words, traditional male jobs which demanded a great deal less responsibility, skill and/or qualifications than comparable female jobs - were nonetheless being paid thousands of pounds a year more.

The Scottish council employers, including Glasgow, City Council had pledged to deal with this scandal of 'unequal pay' as far back as 1999, but six years later nothing had changed.

So watch this space because my next post will explain that pay differences between male and female jobs are still enormous under Glasgow's 'unfit for purpose' WPBR.