Glasgow - A Question of Trust 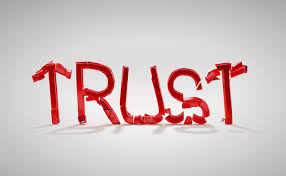 Here's a great Facebook post from one of Glasgow's equal pay claimants - sad, thoughtful, but also angry at the way she has been treated for years.

I think we are all feeling the pressure of this strike for what's rightfully ours, and never wanted it to come to this as we also know how much this is going to affect the vulnerable service users we support daily and the massive disruption to many others it's going to cause.

I as a mother struggle on the little wage I get doing all the hours I can to support my own family and I do feel enough is enough, not only am I not being paid what I should be but I am also working with no job evaluation no enhancements for working unsociable hours and feel when is it going to stop, when are we going to be recognised for the hard work and job roles we are in.

I feel for our young children making their way up to working life and I hope we do make a difference not just for us but for them also, no one should be treated so unfairly like we have 😡 stand together as one and let's show GCC what we are made of 💪🏻💪🏻💪🏻

Importantly, there's not one word about politics because this dispute is not about the SNP (Good or Bad), Labour or any of the other political parties represented on Glasgow City Council.

If you ask me, the Claimants and the City Council's politicians ought to be meeting, without preconditions on either side, to see if there is a way to put settlement talks back on track in the days ahead.

But this is not something that can be left solely to the Council's senior officials.

Not surprisingly, trust has broken down because up until now settlement talks on the Council Side have been led by the same officials who have been defending Glasgow's 'unfit for purpose' WPBR pay arrangements for years.

The bottom line is that the lowest paid workers in Glasgow City Council, predominantly though not exclusively women, believe they have been betrayed by the very highly paid senior officials who were supposed to be looking out for their interests.

So something's got to change if 'trust' is going to be restored and serious settlement negotiations are ever going to get underway.