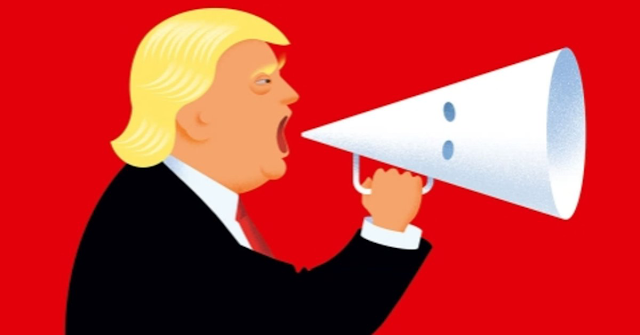 Here's a post from the blog site archive which poses the question - "Is Donald Trump a Freemason?"

I don't know I have to admit although this hardly matters now because Trump has cemented his reputation as America's race-baiter-in-chief with his bellicose behaviour in the wake of George Floyd's unlawful killing by Minneapolis police.

Well here's a photo of the Ku Klux Klan on the march proclaiming:

Now Donald Trump's father Fred was arrested in the wake of a violent KKK rally in New York back in the 1920s which is an interesting coincidence.

Donald himself has this weird thing going on with handshakes as if he's some kind of Freemason, and as everyone knows the KKK and Freemasonry have strong Scottish connections.

Fred Trump's wife (Donald's mother) Mary Anne MacLeod was from the Isle of Lewis, off the west coast of Scotland and so any conspiracy theorist worth their salt would be asking:

I think we should be told.

Donald Trump seems to have meet his match in the 'handshake wars' if this recent encounter with the President of Tajikistan, Emomali Rahmon, is anything to go by.

Is Donald Trump a Freemason?

I have to admit I don't know, but he's certainly got a really weird handshake - one which seems to terrify the Japanese prime minister Shinzo Abe who is clearly very relieved once Trump finally releases his grip. 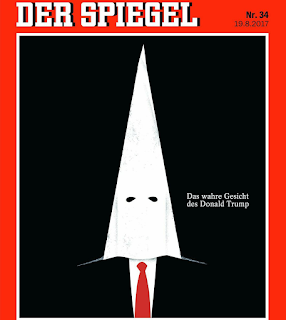 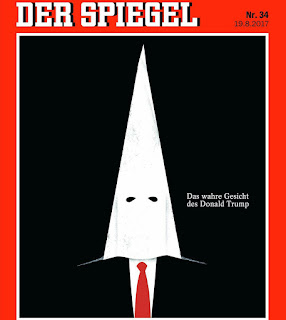 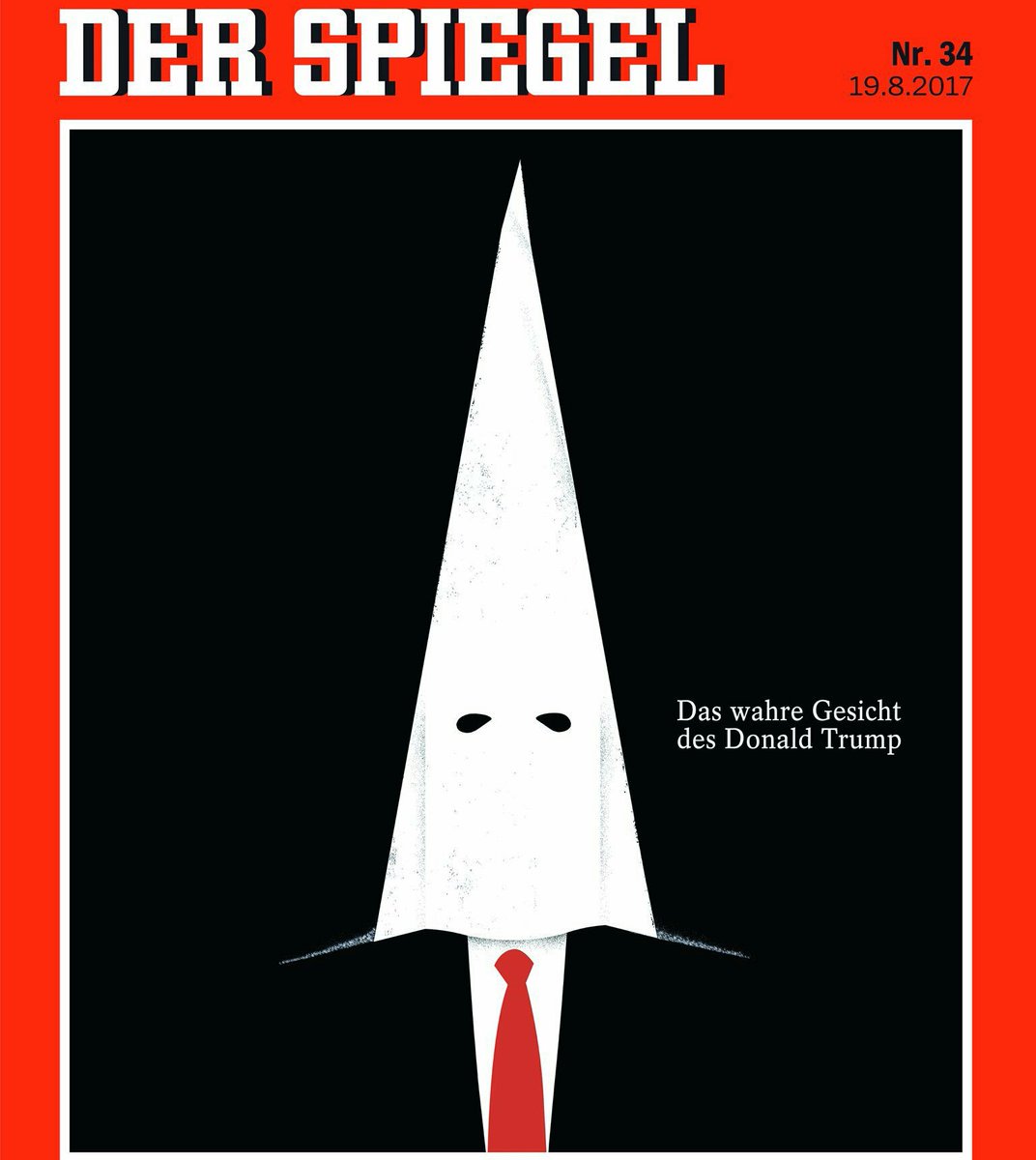 The front cover of Der Spiegel shows the 'true face' of Donald Trump and the magazine also highlights a KKK connection withTrump's father, Fred, who was arrested in the wake of a violent Klan rally in New York back in the 1920s.

Could it be that that Trump's ambivalence about condemning white supremacists has something to do with the environment young Donald grew up in at home?

I'll bet you a pound to a penny that Mississippi Burning and Django Unchained are nowhere near the top of Trump's list of all time favourite movies. 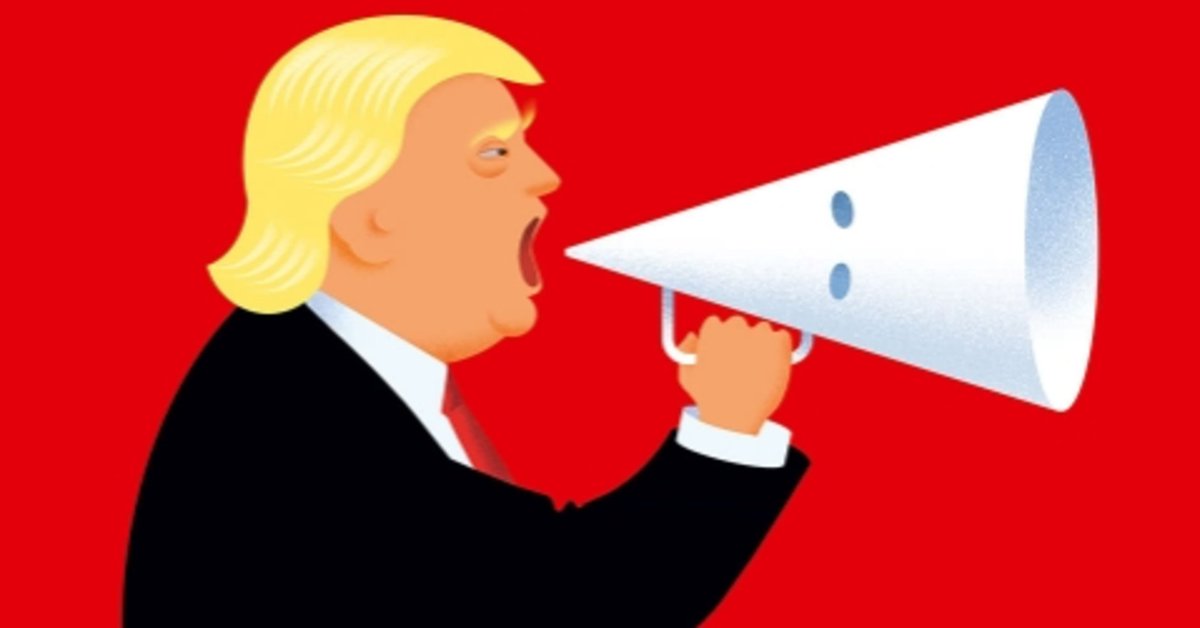 Another great cartoon making fun of Donald Trump after his toxic remarks about there being some 'fine people' on the recent match in Charlottesville by the KKK, white supremacists and Neo Nazis. 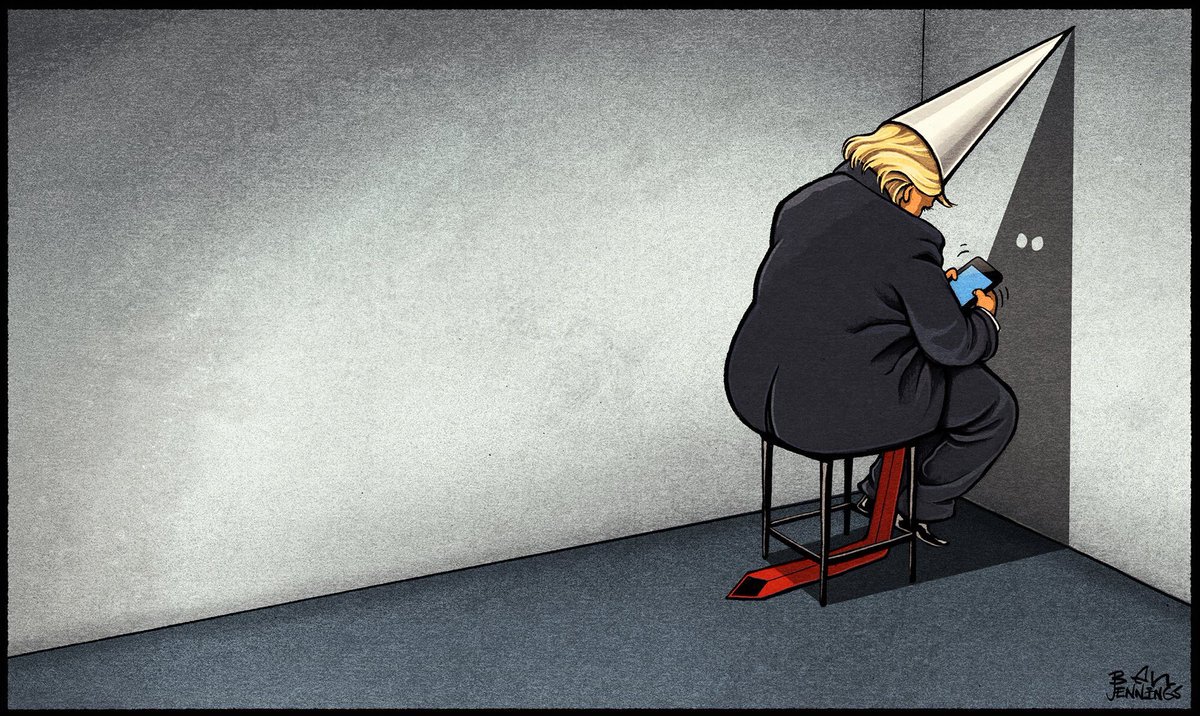 Donald Trump is seems intent on destroying his already beleaguered presidency with ill-judged comments about there being some 'fine people' among the Ku Klux Klan, Neo Nazis and white supremacists who marched in Charlottesville the other day.

Ben Jennings 'nails it' with this great cartoon depicting Trump in a corner, tweeting away furiously, unconcerned about the enormous harm he is doing with his crazy, out of control behaviour.