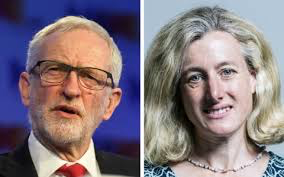 The Times reports that Ruth George, another privately school educated, Corbyn supporting MP has stepped into the ongoing row over anti-Semitism in the Labour Party.

Now Ruth George has since apologised 'wholeheartedly and unreservedly', but this kind of behaviour only encourages the cranks and conspiracy theorists who seem to dominate the People's Party these days.

No wonder people are voting with their feet.


By Kate Devlin - The Times 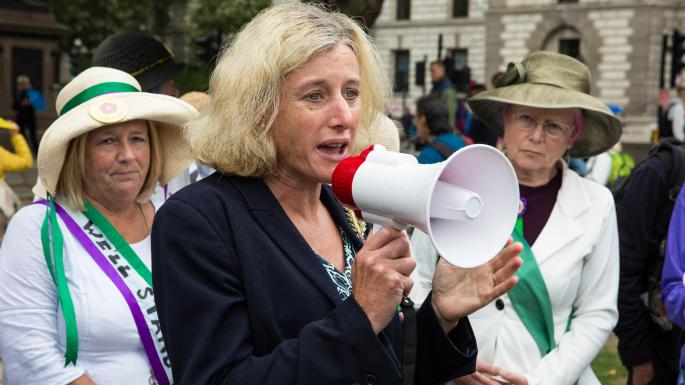 Ruth George, the Labour MP for High Peak, said: “It is important for democracy to know the financial backers for any political group or policy.” - MARK KERRISON/ALAMY LIVE NEWS

A Labour MP has come under attack after suggesting that the seven MPs who quit the party might be secretly funded by Israel.

The group, including Luciana Berger, the MP for Liverpool Wavertree, who is Jewish, announced yesterday that they were resigning over Jeremy Corbyn’s handling of antisemitism in the party as well as Brexit.

Ruth George, the MP for High Peak, today posted on social media that “support from the State of Israel, which supports both Conservative and Labour Friends of Israel, of which Luciana was chair, is possible”.

She added: “I would not condemn those who suggest it, especially when the group’s financial backers are not being revealed. It is important for democracy to know the financial backers for any political group or policy.”

She later said that she “unreservedly and wholeheartedly” apologised for the comments and had not intended to invoke an antisemitic conspiracy theory.

The seven MPs have announced that they will sit as an independent group in parliament. On its website the group says it does not have the “big money or infrastructure” of political parties and asks for donations.

The row erupted as splits emerged within the Labour leadership over how to respond to the resignations.

When the MPs announced they were leaving they attacked the handling of antisemitism allegations against Labour members and Brexit.

Tom Watson, Labour’s deputy leader, has warned of a further exodus unless Mr Corbyn pulls his party back to the mainstream.

In response John McDonnell, the shadow chancellor and ally of Mr Corbyn, pledged that the party would undertake a “mammoth” listening exercise.

Hours later Mr Corbyn suggested that those who said they were “not being consulted are not taking up the opportunities that are open and available to them at all times”. During a question-and-answer session at a manufacturing conference in London he also sidestepped a question about Mr Watson’s call for a change in personnel on the Labour frontbench to reflect the wider political opinions across the party.

Earlier Mr McDonnell had said that the party needed to take heed of what its members were saying and to “address some of those criticisms that have been made”.

The Jewish Labour Movement, an official affiliate, has called an emergency meeting to discuss its future after calls for it to sever ties with the Labour Party. 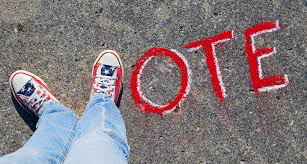 In recent months there has been an exodus of members  leaving the Labour Party, apparently because of Jeremy Corbyn and his stubborn refusal to take the fight to the Tories over Brexit.

Journalist Caitlin Moran has certainly 'voted with her feet' and you can read about her reasons for doing so via the following link to The Times newspaper.