Our Moment in the Sun

We may all be going to die, but how fortunate are we to have lived in the first place, to have acquired such an understanding of the origins of the universe and our relative place in the grand order things.

The reason I stopped believing in religion, as a teenager, is that I said to myself one day: "if there really is an all-seeing, all-knowing, all-powerful God who created the universe, then who or what created God?"

And I find hilariously funny the claim that this Supreme Being has apparently bestowed his blessing on a succession organised religions - with Jews, Christians and Muslims (in various guises) all vying to present themselves as his 'chosen people'.

Equal pay settlement offers have now been sent out to all A4ES clients in Fife, but in a number of cases the relevant paperwork has been returned, presumably because the people concerned have moved without advising A4ES of their new home addresses.

So if readers in Fife are in touch with any of the following individuals, please pass the word and ask them to make contact with the A4ES office in Edinburgh, as quickly as possible.


Here are contact details for Action 4 Equality Scotland - including a new telephone number . 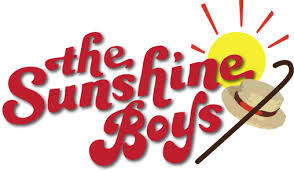 The 'sunshine of socialism' is not much of a slogan, but so far it's all that Jezza and John have come up with to illustrate their brand of 'kinder, gentler politics' which seems to have turned rather nasty of late.

Ugly, hateful language is now routinely used in place of political debate, especially on social media, where Labour MPs are regularly attacked as 'Tory scum' for taking a different stance to the present leadership, despite the fact that Jeremy Corbyn has been a serial rebel himself during his 32 years in the House of Commons as a London Labour MP.

John McTernan wrote an interesting article for The Telegraph recently in which he argues that this increasingly intolerant atmosphere is being whipped up as a means of targeting and driving out critics of Corbyn's lacklustre leadership.

The obvious conclusion to be drawn is that while the Labour Party itself may be in real trouble, so too is the language of political debate which is being hijacked by zealots and demagogues.

Corbynites claim that anyone with moderate mainstream views in the Labour Party is a Tory. Once you accept that, all the remains is for the sentence to be declared: sacking, demotion, deselection and ultimately, exit

Jeremy Corbyn, the Labour leadership candidate, making a speech in early August for the annual commemoration of the dropping of the atomic bomb on Hiroshima Photo: Corbis

"When I use a word," Humpty Dumpty said, in rather a scornful tone, "it means just what I choose it to mean – neither more nor less."


I didn't hear Kezia Dugdale deliver her leader's speech to the Scottish Labour conference at the weekend, but I read what she had to say later (see link below) and the following two sections stood out for me like a sore thumb.

"I want to thank our brothers and sisters in the union movement for standing by us, in good times and bad. Your values are our values. We are, and always will be, the party of working people, a proud party of trade unionists."

"In Scotland nearly 350,000 families rely on the money from tax credits. The average family will be more than £100 a month worse off as a result of these changes. 70% of the money saved by this tax rise on working people will come from the pockets of working mothers."

Now back in the year 2000 when the Scottish Government was Labour-led, Jack McConnell (then education minister) signed-off on a new pay deal for Scotland's teachers (the McCrone Agreement) at a cost of £800 million a year.

The McCrone Agreement was fully funded which meant that no specific productivity gains were demanded from the teaching workforce in return for a 23.5% increase in pay in a single year; the agreement having been struck by a triumvirate comprising the Scottish Government, Labour-led COSLA and the teaching trade unions.

A year earlier, the big three public sector trade unions (Unison, GMB and Unite) along with the council employers reached what was hailed at the time as a landmark agreement on equal pay - the 1999 Single Status Agreement which promised a 'new deal' for tens of thousands of low paid women's jobs: carers, cleaners, classroom assistants, clerical and catering workers.

But unlike the McCrone Agreement the 1999 Single Status Agreement was not fully funded and in the years that followed the council employers and the trade unions simply allowed the landmark deal to wither on the vine, even though in the 10 year period between 1997 to 2007 the budgets of councils in Scotland virtually doubled.

What happened, in effect, was that the interests of 70,000 teachers were given a much higher priority than those of over 100,000 of the lowest paid workers in Scottish local government, the great irony being that thew two groups are both council workers and employed by Scotland's 32 local councils.

The cost of implementing the 1999 Single Status Agreement, in full, was put at £450 million a year compared to the £800 million price tag attached to the teachers' McCrone Agreement and the added advantage of the Single Status Agreement was that it would have ended low pay in Scottish local government by raising the lowest hourly rate of pay towards £9.00 an hour - thereby eliminating the need for working family tax credits.

The cost to low paid council workers of not implementing 1999 Agreement amounted to thousands of pounds a year for full-time workers, i.e. much more than the £100 a month refereed to by Kecia Dugdale in the section of her speech about tax credits.

The 'rainbow coalition' collectively responsible for this historic failure to tackle low pay were the Labour-led Scottish Government of the day, Labour-led COSLA, the big Labour-led councils (in Glasgow and Lanarkshire for example), and the Labour-supporting trade unions who failed to stand up for their lowest paid members when the chips were down.

So if that's what's meant by the 'sunshine of socialism', my name's Jeremy Corbyn.

Jeremy Corbyn is up in Scotland for the Scottish Labour Party conference and yesterday delivered his first 'leader's speech' which I found dull and boring because it was full of vacuous words like these:

"To me, socialism is simple. It’s about everyone caring for everyone else.

"This is a kinder, more caring politics … we don’t compete, we co-operate.

"But it is a politics fired by our passion for fighting injustice, in our belief that an injury to one is an injury to all … the concept of solidarity."

Now I don't remember Jeremy, or the kind of people who share his politics, having anything of significance to say during the fight for equalpauy that has been raging in Scotland over the past 10 years.

In fact, some of the worst offenders have been the big Labour councils who presided over pay arrangements that discriminated against female dominated jobs: carers, classroom assistants, cleaners, clerical and catering workers.

Not only that, of course, because the Labour-supporting trade unions were often in cahoots with the employers and in some cases actively discouraged their members from pursuing claims for equal pay.

Equal pay settlement offers have now been sent out to all A4ES clients in Fife, but in a number of cases the relevant paperwork has been returned, presumably because the people concerned have moved without advising A4ES of their new home addresses.

So if readers in Fife are in touch with any of the following individuals, please pass the word and ask them to make contact with the A4ES office in Edinburgh, as quickly as possible.


Here are contact details for Action 4 Equality Scotland - including a new telephone number .