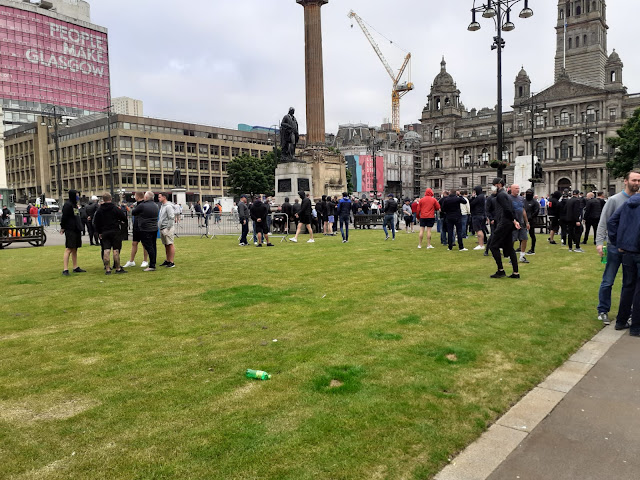 I have to admit I have been left rather confused by the media coverage of yesterday's 'Monuments Men' gathering in Glasgow's George Square.

The whole thing was kicked off by some self-appointed, bampot group which goes under the name of the GYAC (Glasgow Youth Art Collective) who, according to their Facebook page, are committed to bringing down Glasgow’s racist and anti-working class statues.

No one has asked the GYAC to step into this particular breach, but nonetheless they have taken on the task with real gusto - anonymously, of course.

Apparently, the GYAC regard Glasgow City Council as "rotten to the core" and that "it is not enough to put a plaque on the statues we need them down - they do not represent our working class city".

For reasons which are not fully explained GYAC took a 'scunner' (a real dislike) to the George Square statue of Sir Robert Peel and produced the lovely little graphic below declaring that 'PEEL MUST FALL' - SUNDAY 14TH  JUNE, GEORGE SQUARE 1PM 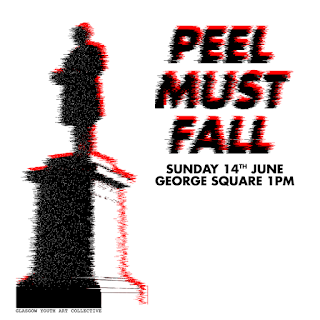 Now Robert Peel served two terms as UK Prime Minister, twice as its Home Secretary and most people know he is regarded as the father of modern policing - the original police  constables were known as 'Peelers'.

And amongst other political achievements Peel can claim credit for were the repeal of the Test Act (1828) and the Corn Laws, support for Catholic Emancipation and the introduction of the Income Tax Act in 1842 - so by the standards of his time Peel was a progressive politician. 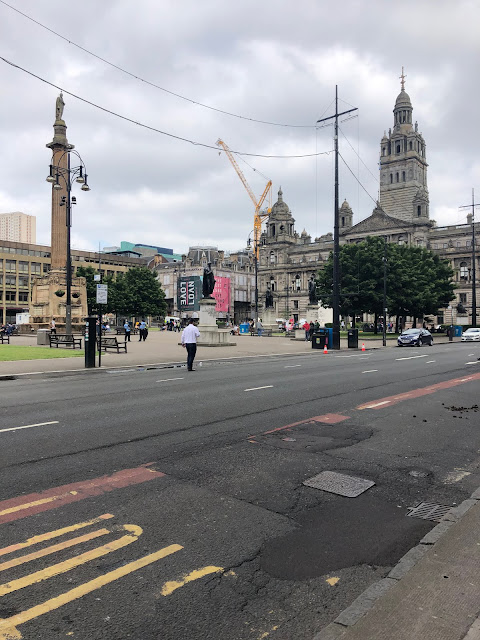 Anyway, back in Glasgow a group calling itself the 'Loyalist Defence League' (LDL) responded to the GYAC nonsense by calling on its supporters to defend the Robert Peel statue in George Square. 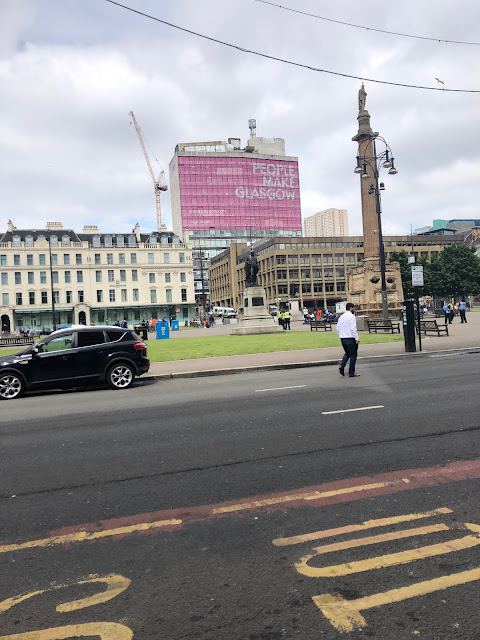 Most people will have missed the irony of a group of loyalists rallying to defend a supporter of Catholic Emancipation, but on a personal level I found that rather touching. 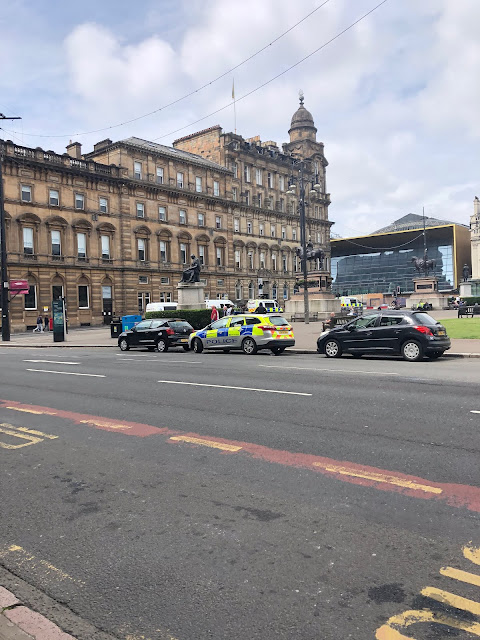 At one point another group were reported as arriving on the north side of George Square, for what purpose I don't know although I doubt the GYAC could knock the skin off of a rice pudding - individually or collectively. 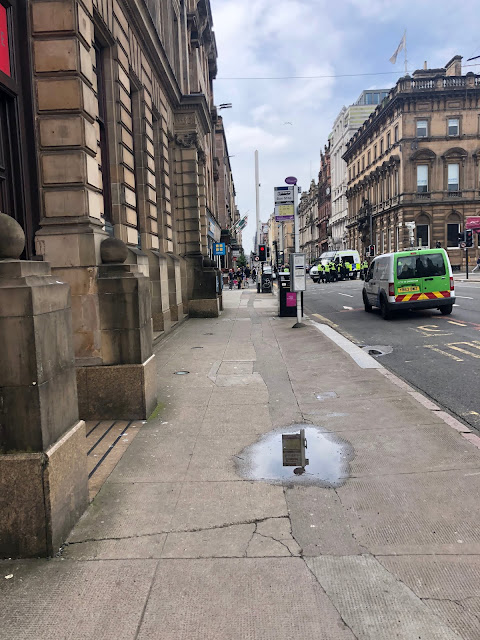 Subsequently and to add to the general confusion the police released a statement which reported that:

”Both factions included known football risk groups. There have been no arrests in connection with the event.

”As is usual with events of this nature, a review will take place and should any criminality be identified appropriate action will be taken.”

In truth there was no need for anyone to be in George Square yesterday because the 'Peelers' had everything under control and the 'Monuments Men' could have done us all a big favour by just staying at home. 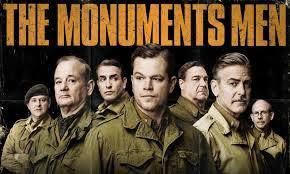