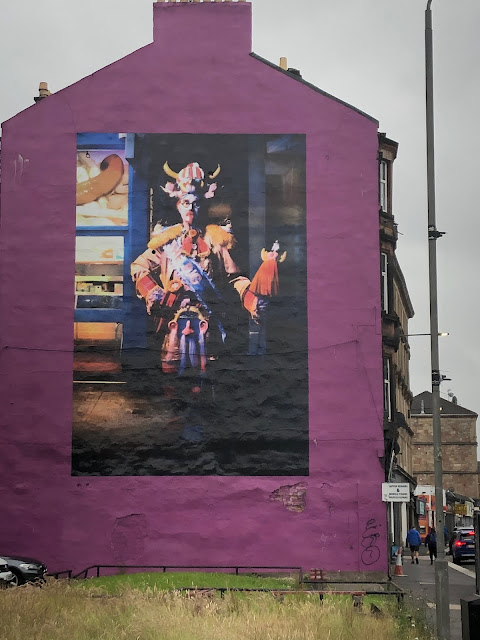 One of the three Billy Connolly murals in Glasgow has again been targeted by vandals. 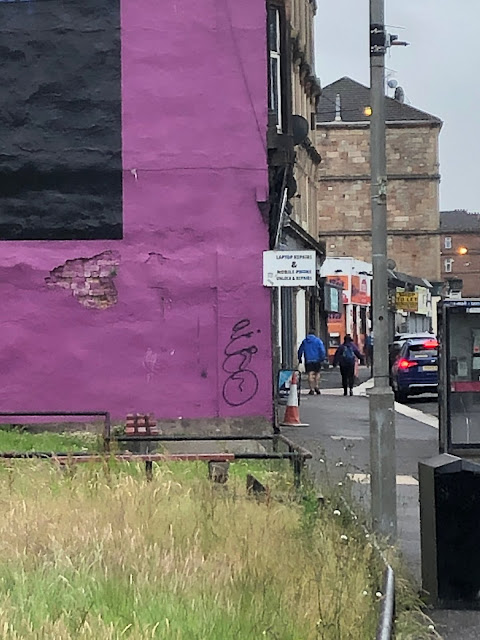 I have no idea why this mural in the Gallowgate should be singled out for such treatment because the other two remain unscathed, as far as I know.

The mentality of people who behave in this way is pretty unfathomable, but hopefully they will be caught and suitably punished. 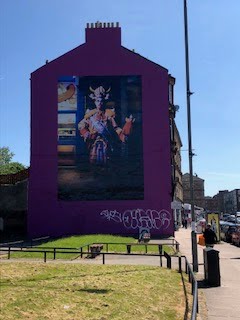 Every town and city has its fair share of scumbags and Glasgow is no exception.

Here's some evidence to demonstrate the point - one of Glasgow's three Billy Connolly murals defaced with juvenile graffiti by some mindless thug.

I'm sure the local community must know the person responsible for this ugly, anti-social behaviour, so let's hope that someone does the right thing. 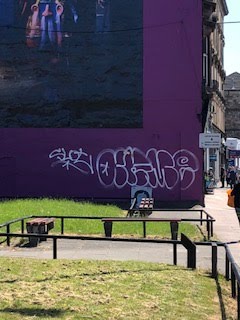 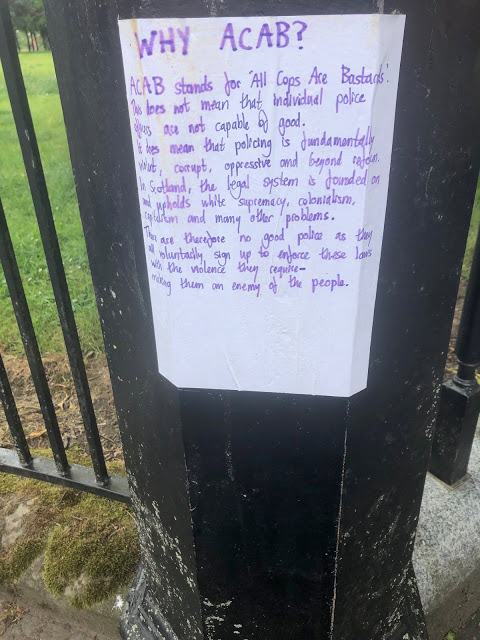 The Glasgow Times reports that the 'looney tune' team behind ACAB (All Cops Are Bastards) have extended their activities to other memorials in the city.

Now this has nothing directly to do with anti-racist campaigns or Black Lives Matter - it's just a group of self-righteous pricks trying to hijack an important issue by spray painting a juvenile message of 'Fuck the Polis'.

Council teams have been cleaning up graffiti from statues after several across the city were targeted following anti racism protests in Glasgow.

Glasgow City Council said it was aware of the strong feelings towards links to slavery of certain individuals who have statues but cannot condone the vandalism of public monuments.

The bust of Thomas Carlyle at the bridge over the River Kelvin was sprayed.

Yards away on the opposite bank of the river, the memorial to the Highland Light Infantry was sprayed with BLM and an offensive anti police slogan.

At the top of the park at the Park Circus entrance the statue of Lord Roberts, who had led military in South Africa and India, was also sprayed with BLM.

In Cathedral Square the statue of King William III was also targeted with anti-police graffiti.

In George Square the statue of Robert Peel was daubed with paint and slogans.

The Grand Orange Lodge of Scotland condemned the vandalism and issued a statement along with a photograph of the damage to the King William Statue.

It said: “The Orange Order are rightly proud of the civil and religious liberties delivered by King William III that our citizens enjoy today.

“However civil rights and liberty come with a responsibility to act lawfully and uphold government medical advice not to gather publicly in order to protect lives.

“We call on the Leader of Glasgow City Council and the First Minister to condemn these offensive acts and provide Police Scotland with the necessary resource to protect our public memorials.”

The council condemned the vandalism and said work had already been started to look into how the city’s history with slavery is represented.

Council teams worked quickly on Sunday and Monday to remove the paint and return the statues to normal.

A spokesman for Glasgow City Council said: “The graffiti that appeared on statues in George Square, Kelvingrove Park and other places over the weekend has been removed or is in the course of being removed.

“We are acutely aware of the strength of feeling that exists over Glasgow’s links to trans-Atlantic slavery and the determination many have for change in how the city’s history should be regarded.

“We have commissioned an in-depth academic study on the city’s links to the historical slave trade and how that has shaped the streets, statues and buildings of modern Glasgow.

“The findings of this study will be put forward for consultation and the public’s voice will be heard on how the city should respond.

“We cannot condone damage to public property and our community safety teams will link with police on how further damage can be avoided, including through the use of CCTV.” 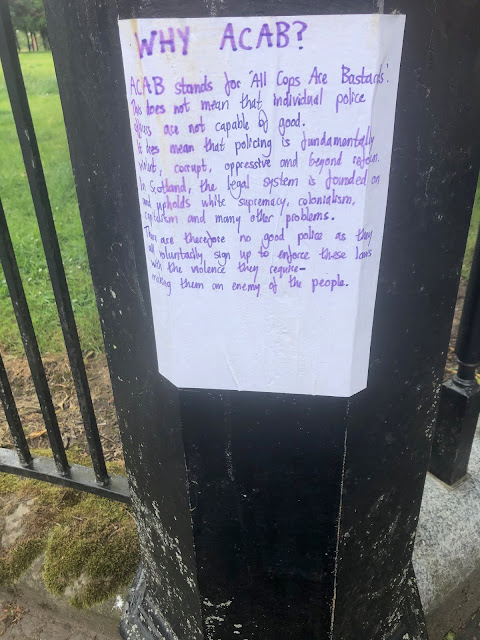 Here's a message from a group which operates under the acronym of ACAB - All Cops Are Bastards.

ACAB would have us believe that policing is fundamentally violent, corrupt, oppressive and beyond reform - and their poster ends with the announcement that the police are the 'enemy of the people'.

Now I have my criticisms of Police Scotland, but this seems a tad 'over the top' to me so I'm going to start up my own rival group which I plan to call AAAB (All Anarchists Are Bastards).

In the meantime, I would like Glasgow City Council to remove this juvenile street graffiti and chuck it in the bin - because it's definitely not worth preserving.