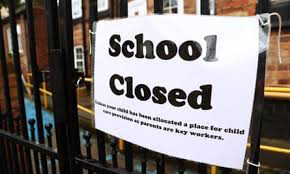 The Daily Record reports that largest teaching union, the EIS, is unhappy with the Scottish Government's abrupt U-turn on full-time schooling and reveals that this new 'Plan B' was not even discussed, never mind agreed, at a special Covid Education Recovery Group (CERG).

“Parents’ outrage at the Blended Learning proposal as the only plan has led to this huge change of heart.”

Meanwhile Glasgow City Council hedged its bets by saying the council backs the plan for a full-time return, but has a contingency for part-time blended learning if necessary.

I wonder when the Glasgow's education committee will start meeting again and whether the council might publish its contingency plans for part-time, 'blended' learning? 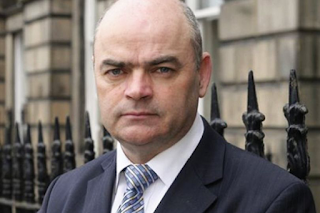 Scotland’s largest teaching trade union has claimed a “u-turn” on full time schooling was not agreed by a special Government group on education.

Larry Flanagan, general secretary of the EIS, said Education Secretary John Swinney had instead made a “political announcement”.

Swinney, as chair of the Government’s Covid Education Recovery Group (CERG), recently announced the government’s plan for schools to go back on August 11th.

However, his initial blueprint was for a ‘blended’ learning model under which face to face teaching in classrooms would be part time.

This was to have been made necessary because of the two metre social distancing rule.

The proposals caused uproar among parents and Swinney provided an urgent “update” to MSPs at Holyrood yesterday.

In his statement, Swinney said the progress made in suppressing the virus meant preparations should be made for full-time schooling.

He also said other countries were reviewing social distancing and the two metre rule is being re-examined north of the border.

In his own statement on the EIS website, Flanagan, who is a member of the ERG, hit out at Swinney’s change of heart and claimed it had caused “anxiety, frustration, confusion and even anger” among teachers.

He wrote: “It is worth making clear that this was a political announcement from the Scottish Government – not an agreed outcome from CERG (Covid Education Recovery Group) which met only last week and discussed support for blended learning.”

“That is certainly a shift in planning emphasis from the Scottish Government. Essentially it is a "Maybes Aye; Maybes Naw" scenario, as ultimately the decision is dependent on where the level of Covid 19 infection will be in seven weeks time.”

Flanagan said the EIS “red-lines” for a return to school include “demonstrable evidence” the virus is under control.

He added: “Our second red-line also continues to be applicable – that mitigations are in place to enable the implementation of public health guidance within schools.

“It may be that the actual distance, come August, will have been reduced from the current 2 metres if the level of infection has dropped further, but there cannot be a social distancing rule for outside of schools and a different one for inside classrooms.”

He concluded: "We need to be absolutely clear that it would be a fundamental error on the part of the Scottish Government, our employers, parents, or indeed anyone, to believe that Covid 19 will have gone away in August and that it will be business as usual for schools. It will not be.

“If that is a politically inconvenient truth for anyone, it nonetheless remains a truth.”