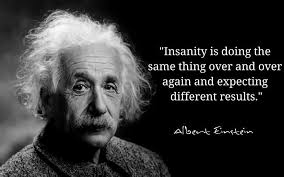 Yet another landslip on the Rest and Be Thankful despite the fact that the Scottish Government has spent almost £100 million on repairs over the past 13 years.
Now I don't know what the solution is, but what I do know is that doing the same thing over and over again and expecting different results is complete insanity.
As well as a terrible waste of public money.

I travel across the Rest and Be Thankful on a regular basis and I have to agree with this report in The Herald that the endless 'sticking plaster' remedies favoured by the Scottish Government are really just throwing good money after bad.

By Martin Williams - The Herald

Flashback to the January landslip quagmire (left). An artist's impression of the new catch pit (right)

MINISTERS have been accused of using another 'sticking plaster' to stop Rest And Be Thankful landslips, after ploughing nearly £100m over 13 years on 'temporary' measures.

The transport secretary Michael Matheson effectively dismissed calls for a rerouting and instead decided to spend £1.9m on another attempt to catch any landslip fall, a big pit at Glen Core.

The government has now been accused of "irresponsibility" for throwing "bad money after bad" when a rerouting of the A83 would have resolved the issues.

Some £13.3m has already been invested catch pits and other measures along the A83, which the Scottish Government says helped keep the road open for at least 48 days when it would otherwise have closed. And another £79.2m has been spent on its maintenance since 2007.

Iain Jurgensen, chairman of the Argyll and The Isles Tourism Co-operative (AITC) said: "Am I the only person in the world who thinks this is all just nuts.

Clear up operations under way after the landslide at Rest and Be Thankful.

Mr Jurgensen, who says a solution is available to reroute the road using an existing track running parallel to the A83 which has not got the same slippage issues added: "It is truly staggering, and irresponsible to spend this amount of taxpayers' money on mitigation."

Demands for a re-routing of the A83 came after another landslide shut down the route at the end of January with travellers having to follow a 58.8 mile detour.

Commuters were initially directed on the huge reroute westbound and eastbound before being directed to the Old Military Road which runs parallel to the stricken road.

Businesses who rely on the important Highlands artery, have been fighting for a permanent solution to the landslip issues.

Mr Jurgensen, who is also managing director of Portavadie, the popular holiday resort overlooking Loch Fyne, said the latest move was yet another sticking plaster.

"We now have a number for how much taxpayers' money they have wasted in 13 years," he said.

"And now they plan to stick on another pit. That sum of money should and could have been routed into a permanent solution, which would have removed the need to pour bad money after bad.

"Before they wasted this money, surely they know the road is not fit for purpose. "It's like doing the wrong thing and just continually doing it. It's just bloody minded. "And it is irresponsible to spend this amount of money on mitigation when that hill has been susceptible to landslip for years.

"The holes will be big enough for all the money that has been spent to pour in. It is ironic.

The A83 has suffered frequent closures near the Rest and Be Thankful due to landslip damage.

"And when there is another landslip do we pour more money in again?"

Michael Matheson, pledged the cash on the day he appeared before MSPs on the Scottish Parliament's public petitions committee to answer questions on the landslip saga.

He said: “The A83 plays a crucial role for communities and businesses in Argyll. That’s why we’ve invested £79.2m in its maintenance since 2007, including £13.3m in landslip mitigation measures and improvements to the Old Military Road diversion route.

“We have already seen the effectiveness of the catch pit programme and want to build on the existing measures, so work will begin on an additional catch pit at phase one of the hillside."

Mr Matheson added: “In the longer term, Argyll and Bute is being prioritised in the second Strategic Transport Projects Review, meaning recommendations for the region can be among the first reported.

"It will consider the transport needs and priorities for the whole area."

Mr Matheson added: “This work underlines the Scottish Government’s commitment to continued work with key stakeholders to ensure that Argyll and Bute remains open for business.”

But the announcement was roundly condemned, with some choice words from Argyll and Bute Council leader Aileen Morton who previously said there could be "no more faffing about" in the search for a permanent solution to the problem.

“The issues with the Rest and Be Thankful have been recognised for over a decade now, a decade in which a sticking plaster approach has been taken by the Scottish Government," she said.

"This is a vital route for Argyll and Bute, for Scotland, and it’s time for a more substantial commitment to be made. “Considering the mitigation measures failed yet again Argyll and Bute Council is still asking for a permanent solution to be identified, funded and delivered as a matter of urgency – it is likely to require a substantial sum of money to do this but that must be better than spending more money on works that don’t ultimately solve the problem.”

The Rest and Be Thankful is the highest point of a scenic ten mile route running from Tarbet to the A83's junction with the B828.

The words Rest & Be Thankful are inscribed on a stone near the junction, placed there by soldiers who built the original military road in 1753, now referred to as the Drovers' road.

The road closed for several days in 2014 following a 2,000 tonne landslip, then again in 2016 after a huge boulder threatened the safety of traffic. A controlled explosion had to be carried out on the 150-tonne rock.

In October 2018, the road was shut for nine days after about 2,500 tonnes of landslide debris reached catch-fences above the carriageway.